ERT revealed the amounts it spent on the participation of Greece in Eurovision Song Contest 2018. The total amount is 183.470 Euros

To EBU for the rights of broadcasting and participating in the 63rd Eurovision Song Contest, ERT paid the biggest amount of the cost of this year’s participation. In particular, the total costs incurred by ERT amounted to 183.470 Euros, of which 119.000 Euros was paid to EBU as a cost of participation, including the right to broadcast all phases of the Contest (participation fee).

The remaining expenses related to the technical facilities (circuits, test telecasts, etc.) for the three nights of the Contest (First and Second Semi-final) and to the same number of rehearsals on the previous day of each phase – a total of six transmissions (25.000 Euros). Also, the cost of renting the full-featured commentator room was estimated at 8.000 Euros.

With the remaining amount (€ 31,000), ERT produced three shows for the presentation of the Greek entry and the songs of each semi-final, travel, subsistence and daily subsistence expenses for its (Head of Delegation, Press Officer and two commentators) employees in Lisbon for a period 7 to 15 days, as well as travel costs in Lisbon, etiquette, transfer of promotional material, etc.

Yianna Terzi represented Greece in Lisbon with her atmosphere ballad, Oniro Mou (My Dream). The song ranked 14th in the First Semi-final and disqualified from the Grand Final of the contest.

Katherine Duska is the Greek representative in Tel Aviv

Greece: With a european ballad in Eurovision 2019 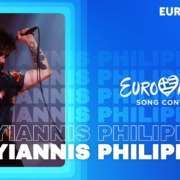 Foals-Yannis Filippakis: I received an email from someone related with Eurovision in Greece!

Cyprus: The second quiz for the 2019 Eurovision entry

Cyprus: CYBC reveals all the composing team for Eurovision 2019
Scroll to top