The popular Greek singer, Tamta, will represent Cyprus at the 2019 Eurovision Song Contest. The Georgian born artist with a big career in Greece, Cyprus and Georgia will wave the Cypriot flag in Tel Aviv.

Today, Cypriot broadcaster CyBC presented their participant for next year’s Eurovision Song Contest in Tel Aviv, Israel. They have chosen the Greek singer of Georgian origin, Tamta to represent them. She will sing the song Replay, which is written by Greek-Swedish Alex Papacosntantinou also known just as Alex P,  Teddy Sky, Albin Nedler, Kristofer Fogelmark and Viktor Svensson.

Teddy Sky was in Fuego’s composing team. The rest are Swedish artists with whom Alex Papaconstantinou has collaborated in the past, for example, at La la love by Ivy Adamou, Unloved by Tamta, Cool me down by Margaret etc

Alex also wrote last year’s Cypriot entry Fuego, just as he wrote Yassou Maria (Greece 2007), Always (Azerbaijan 2009) and La La Love (Cyprus 2012). Replay will be his fifth – and Tamta’s first Eurovision entry. The song will be released at a later point together with the video for it.

Stage director of Cyprus’s entry in Tel Aviv will be Sacha Jean Baptiste. She is the same person who was in charge of Eleni’s stage presentation this year in Lisbon.

Will Tamta bring the first victory?

Since 2015, Cyprus always reaches the final, but always scoring in the bottom positions – all until 2018 where Eleni Foureira changed things. With the Alex P. written Fuego, Cyprus came 2nd, their best placement ever.

In 2019, CYBC with the same strong and experienced team, hopes and believes that can achieve their first victory in the contest. Do you think Tamta can be the first Cypriot represantative that will win Eurovision Song Contest?

Below, watch Unloved, a song that Alex P wrote for Tamta in 2015. The song would have been her entry in the Greek final for Eurovision Song Contest, but she failed to reach ERT’s deadline. 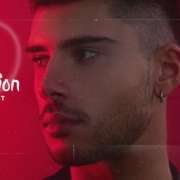 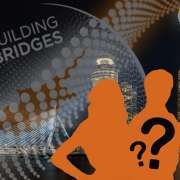 Greece: ERT to annouce the working group for Eurovision 2019 in the coming ...