Since the announcement of Sergey Lazarev as Russia’s representative for the Eurovision Song Contest 2019, day by day we get new information about the Russian delegation, and now it’s time for the vocals! As the whole Dream Team is gathered in Moscow for their rehearsal, the backing vocalists informed us about their arrival through their Instagram accounts!

So, in stage of Tel Aviv, Sergey will be accompanied by four Swedish singers, Jennie Jahns, Adam Svensson, Simon Lingmerth and Erik Segerstedt. Jennie Jahns and Adam Svensson have already perfomed with Sergey back in Eurovision Song Contest 2016. Especially, Jennie Jahns has worked as backing vocal for the Azeri delegations in 2012, 2013, 2014 and 2017. Simon Lingmerth is a freelance performing artist, who’s been working in show business, with successful concepts as Sunwing Resorts, Wallmans Salonger and the biggest entertainment show in Sweden – Melodifestivalen (Eurovision Election). Erik Segerstedt became popular as the runner-up to Markus Fagervall on the third season of Swedish version of Idol 2006. In 2013, Segerstedt entered Melodifestivalen 2013 with the duet “Hello Goodbye” with Tone Damli in a bid to represent Sweden in the Eurovision Song Contest. The duo came fourth in the second heat and qualified to the Second Chance round held where they finished in fifth place.

Sergey Lazarev and these four vocalists will be guided by the vocal coach Alex Panayi, who has already worked for the Russian delegation in 2016. He’s a Cypriot singer, composer, lyricist, producer, vocal coach, and vocal arranger. He is best known for having represented his country twice at the Eurovision Song Contest in 1995 & 2000. 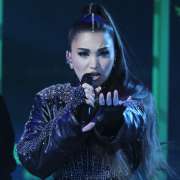 Montenegro: ENISA was in talks with the Dream Team for Eurovision 2023!
0 replies

Australia: Sheldon Riley one of the favourites to win in The Voice, hopes for...
Scroll to top