After a very good result in Tel Aviv, Slovenia is bowling for Eurovision 2020 in the Netherlands, choosing its representative of course through the well-known EMA.  Submissions will last until November 18th.

Through EMA for another year

Slovenia has achieved four qualifications in the last six years and of course wants to maintain this good result in the Netherlands as well. EMA 2020 regulations have not been announced yet, but we are already aware of a change to the next Slovenian national final.

EMA is looking for new talents

RTVSLO has announced the launch of EMA along with a separate option, EMA FREŠ.  This is an online option where songs submitted by users  will be posted on the RTV website and across social media.  Visitors will have the opportunity to vote on their favorite composition  on a daily basis, with the winners coming out of the vote at the end of the week.  The winner of the competition will be announced during the night of the EMA 2020 final.

Eligible to participate in EMA FREŠ, are artists under the age of twenty-six who have released no more than three copyrighted  songs, that is, they have been released commercially, in any way.

RTV hopes that the introduction of EMA FREŠ will encourage younger musicians to submit their own compositions.  The application deadline for EMA FREŠ is September 19th.

Will the good results in the comfiest continue?

Earlier this year, Slovenia scored its best in Eurovision since 2015. Zala Kralj and Gašper Šantl finished 15th in the grand final with the atmospheric “Sebi”.  In addition, the duo won Slovenia’s fourth qualification in the last six years – Slovenia’s most successful run since the semifinals. 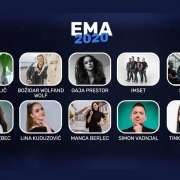 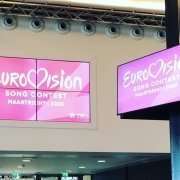