News
You are here: Home1 / News2 / Eurovision3 / EBU4 / EBU: “”We are considering two scenarios for the Eurovision...

In an interview with the French-speaking Swiss public television RTS, Nadja Burkhardt, who is in charge of EBU events, referred to the conduct of Eurovision 2021. According to what she reveals, the organizers are in discussions with all parties involved, while considering every possible parameter , having come up with two basic scenarios for the next competition.

Following the cancellation of this year’s competition and the broadcast of Europe Shine A Light, an alternative program to Eurovision 2020, EBU has pledged that Eurovision will return in 2021 stronger than ever and that it will take place at all costs! In fact, it was announced that Rotterdam will again be the city that will host the competition, while we also know the dates that will take place.

We will be creative and face the limitations

Nadja Burkhardt has been in charge of EBU events, a position she has held since 2011. In an interview with French-language Swiss public television, she emphasized that the competition in 2021 would no doubt take place, while rejecting the possibility of Eurovision 2021 online. something that some fans supported for this year’s canceled contest.

We work with other organizations and teams, especially sports and with our members, such as the BBC for example, to find out how they plan their events, what are the elements that we have not yet considered.

A major problem is the travel restrictions, where they change from country to country and from day to day.

In fact, we are copying what is happening right now: overnight, the countries on the red list are coming out of it or vice versa. We can travel and the next day we can no longer travel. We need to change the planning at the last minute.

As Nadja Burkhardt explains, two scenarios are currently being considered, with the second one having many sub-scenarios.

This practically means that there will be no restrictions on travel prohibitions and restrictions. Ahoy Arena will host the number of attendees that was planned from the beginning, such as the press center, the euroclub etc.

In this scenario there are many sub-scenarios, depending on the restrictions that will apply not only in the Netherlands, but also in the other participating countries.

What particularly interests me is whether we can move from one scenario to another. How easily we can change from one version to another at the last minute, is what currently concerns the organizing committee.

Nadja Burkhardt concludes her interview with what the competition’s executive supervisor, Martin Österdahl, said after the cancellation of this year’s Eurovision.

We will do everything to make the competition as normal as possible in Rotterdam!

With these optimistic statements we look forward to seeing everything that the Dutch organizers are preparing for us for Eurovision 2021!

Stay tuned to Eurovision Fun for all the developments related to the 65th Eurovision Song Contest.

Eurovision 2021: Allocation draw in semi-finals remains the same as in 2020! 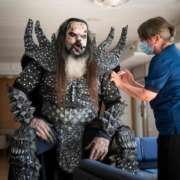 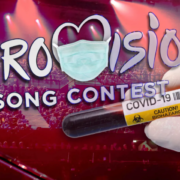 Eurovision 2021: Participants will record their songs “live-on-tape” to ensure Contest will happen!
0 replies

EBU: “There are no plans to invite Kazakstan and Kosovo to Eurovision...
Scroll to top