News
You are here: Home1 / News2 / Eurovision3 / Eurostars4 / Prikhodko was hounded because of her participation in Eurovision with Russia... 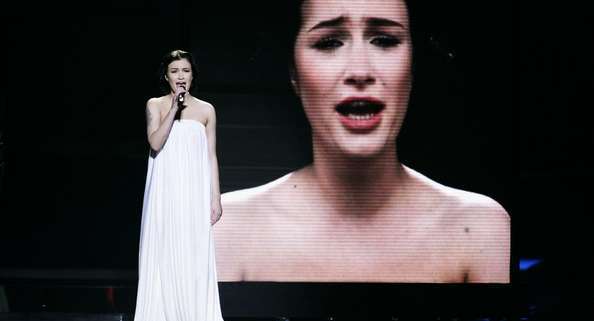 Singer Anastasia Prikhodko complained on the air “4 channels”that she was hounded in Ukraine because of her participation in the international music contest “Eurovision” from Russia.

“I still hear a lot of unpleasant statements like the fact that I am from Russia, a tin can,” she said, adding that the persecution pursues her and she is “very offended for that”.

According to Prikhodko, at one time she left to work in Russia due to the fact that she was not appreciated in Ukraine. She noted that people do not understand that “the Ukrainians disqualified her under the power that was.” She took part in the Ukrainian national selection, before she submitted Mamo in Russia, but she eliminated in the semi final.

The artist said that the former President of Ukraine Viktor Yushchenko could not do anything, because it was a dishonest competition where bribes took place. She stated that she was “disqualified as an inconvenient participant” in Ukraine and then she went to Russia.

In February last year, Prikhodko announced that she was not proud of her participation in Eurovision from Russia. She stated that she “regrets that her story was connected with Russia.” The singer noted that after the annexation of Crimea, this country “ceased to exist” for her.

Anastasia Prikhodko gained fame after winning the Russian television project “Star Factory – 7” in 2007. In 2009, the singer represented Russia at the Eurovision Song Contest with the song “Mamo” in Russian and Ukrainian and took 11th place.

UK: Katrina believes James Newman’s song was one of the strongest, BBC...