News
You are here: Home1 / News2 / Eurovision3 / Bosnia Herzegovina4 / Laka: “The problem of Bosnia and Herzegovina in Eurovision is also... 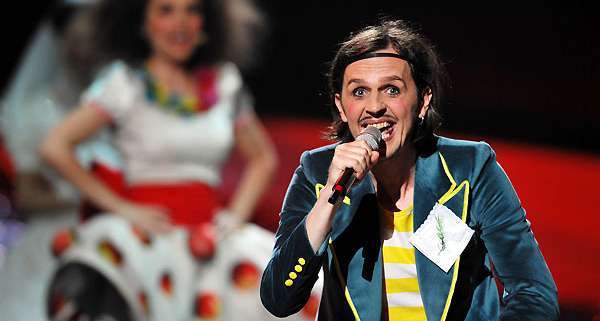 Laka is one of the most popular and successful songwriters in Bosnia and Herzegovina. In 2008 with his sister represented the country in Belgrade with the song Pokušaj, taking tenth place.

It is known that Bosnia and Herzegovina’s public broadcaster is facing significant financial problems, hence its abstention from the contest.

In a recent interview, Laka believes that financial resources can be found if the country’s broadcaster decides to return to the contest. But then the problem will be the choice of the artist and the religion / ethnicity to which he belongs. Laka, however, speaks with nostalgia about his previous participation and declares his presence in a possible comeback.

Bosnia and Herzegovina, which in the 1990s was the focus of fierce fighting between Serbs on the one hand and Bosniaks and Croats on the other, is now a single state entity, with two federal republics and another autonomous region.

About 55% of the country belongs to the Republic of Bosnia and Herzegovina, while the remaining 45% belongs to the Republika Srpska. There is even the small autonomous region of Brcko. In each of these federal districts, another ethnic group predominates. Demographically, about 50% of the population identifies as Bosniaks, 35% as Serbs, 10% as Croats, and the remaining 5% belong to other ethnicities.

The above puzzle, of course, from time to time created problems in the selection of the representative, since artists from the two most important components of the country (Bosniaks and Serbs) had to be selected.

Thus while e.g. in 2008 the country was represented by Laka, who is Bosnian, last year Marija Sestic, who is of Serbian origin, was chosen.

Laka addresses this problem with his above statement. However, we wish Bosnia and Herzegovina to return to the Eurovision Song Contest soon and give us other entries, such as Pokušaj, which you can enjoy below:

Greece: The recording of the candidate songs has been completed | Stefania’s...

Cyprus: Alexia |”I have rejected many proposals for Eurovision but I am...
Scroll to top