News
You are here: Home1 / News2 / Eurovision3 / Italy4 / Laura Pausini: “I would love to participate in Eurovision Song C...

The great star of modern Italian music, Laura Pausini, revealed in a recent interview with elespanol, that she would very much like to participate in Eurovision representing Italy and that in fact RAI proposed to her a few years ago, but due to a world tour she was forced to refuse!

Shortly after her second victory at the Spanish The Voice, where she has been coaching in recent years, Laura Pausini talked about her career, television, and the Eurovision Song Contest.

Spain, is her second home, as it is the country that has experienced, if not more, as much success as in her birthplace Italy. Almost all of her albums are released in Spanish, but even her Italian songs manage to reach the top of the charts. But let’s see what exactly she said about Eurovision, because it really matters.

Currently in Italy, the Eurovision representative is the winner of San Remo, a festival you won in the young talent category. Have you ever considered going to Eurovision at some point in your career?

When I won, Eurovision was not known in Italy and it was a shame because I would love to participate at that time. A few years ago I was asked to participate, but I could not because I was on a world tour.

Italy, after returning to the contest in 2011, chooses its representative every year through the Sanremo festival. Either through the category of young artists, or with general criteria from the big category, or simply by giving this right to the winner. The only year that RAI chose by internal selection was in 2014. In the same year, Laura Pausini indeed made her seventh world tour, entitled The Greatest Hits World Tour. For the history, Italy was finally represented by Emma, ​​with La Mia Citta, finally occupying the 21st place, the worst place in its history.

Would you like to see Laura Pausini representing Italy in the Eurovision Song Contest?

Italy: The municipality of Sanremo requests the postponement of Sanremo 2021 for April! 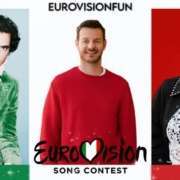 Eurovision 2022: Laura Pausini, Alessandro Cattelan and M I K A the hosts of the contest!
1 reply

Eleni Foureira: “I love Cyprus very much, but it was too early to go to...
Scroll to top