A literally last minute news. Through her personal Twitter account, the popular singer Sirusho, who successfully represented her country in 2008 – occupying the fourth place with Qele Qele, hints with her continuous Tweets that she will represent Armenia in this year’s Eurovision Song Contest!

It all started with this post, in which Sirusho reveals that very soon we will have an important news from her, while at the same time she states that a lot of work awaits her this year…

One thing I know for sure is that now, more than ever, I need to work harder…
I will be sharing something special with you tonight
This is my first big project of the year.

A few minutes later, she returns with a new post, in her mother tongue this time, in which she promises that she will do her best to represent Armenia worthily, but without telling us where she will represent her country!

Immediately after, wanting to shed light on the mystery of her posts (?), She asks her followers, which Eurovision artist is the one with whom a new song will be released very soon and in fact it will be something big…

Which #Eurovision artist will WE be releasing a song very soon?))) This is going to be big!))

Is Sirusho the artists that the Armenian public television chose for Eurovision 2021? Will she represent her country in a duet with another Armenian eurostar? If all the above are true then you realize that Athena Manoukian will not have the opportunity to be on the stage of the competition, at least for 2021.

In recent days, the internet has been flooded with rumors, coming mainly from social media, according to which Armenia would make announcements about its Eurovision entry on February 10. There were many who expected that in a special and difficult year for Armenia, the country’s public broadcaster would decide to abstain from the contest, as happened in Junior Eurovision. However, it seems that Armenia is recruiting its bests for Eurovision 2021, wanting a very strong representation!

While we wait for the landscape to clear up, let’s remember Sirusho Qele Qele once again:

Would you like to see Sirusho representing Armenia in Eurovision 2021? 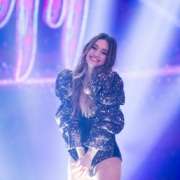 Armenia: Listen to the final version of “Chains On You” for Eurovision 2020
0 replies

Italy: The five most suitable songs of Sanremo 2021 for Eurovision, according...
Scroll to top