Natalia Gordienko and the Dream Team, who are signing the Moldovan entry this year, are literally almost ready for Eurovision 2021. The song is in its final form, the video has already been shot, and rehearsals for the stage show have begun.

Today, the Moldavian singer, revealed the title of the song for Eurovision 2021, which is Sugar.

Initially, as we wrote in our previous articles, it is a song that has nothing to do with Prison, last year’s song of Natalia Gordienko in the contest. It is quite sexy and very special. It is loyal to the pop music scene that is currently breaking ground in Eastern Europe. Characteristic songs of the genre are many recent releases of Svetlana Loboda, Max Barkish, Zivret, Dima Bilan etc.

It is a sound like the one that Maruv first tried to bring to the Eurovision Song Contest in 2019, the Siren Song. The difference between them is that Gordienko’s song is more melodic, while its orchestration is more with western elements.

You have already read about the statements of both Gordienko and Kirkorov, as well as others, which predict a very positive result in Eurovision 2021. In our opinion, the chances for the top 5 are high, as it is certain that it will do extremely well in televoting of Eastern Europe but also in Western European countries, where significant populations of the former Soviet states live, as it is a sound very familiar to them.

The title of the song has not been announced yet, but Natalia Gordienko promised us a sweet surprise. The music is written by Dimitris Kontopoulos and Philipp Kirkorov, the lyrics by Sharon Vaughn, the director is Fokas Evangelinos, while the vocal teacher is Victoria Chalkiti. Project manager of the project is Elias Kokotos.

The video clip of the song is expected to be announced by March 8. 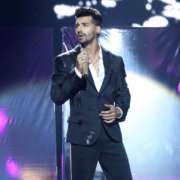 Dimitris Kontopoulos’ #thb for Shady Lady – Which was the initial title of the song? 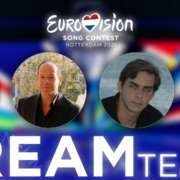 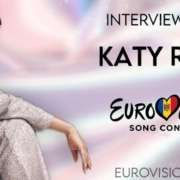 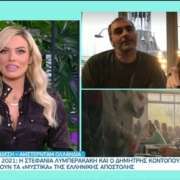 Greece: Stefania is in the studio for the recording of her Eurovision song l Watch the video!
0 replies

Italy: The five most suitable songs of Sanremo 2021 for Eurovision, according...

Croatia: No final decision yet regarding the language of Tick Tock
Scroll to top