In the show Tet A Tet that is currently broadcast on Alpha Cyprus and presented by Tassos Tryfonos, the only winner of the Eurovision song contest for Greece, Helena Paparizou, made a very important revelation. According to her, RIK proposed to her to represent Cyprus in the contest this year as well, but she considered that it was not her time this time either.

Helena Paparizou made this revelation a few minutes ago, on the air of the show Tet A Tet, on Alpha Cyprus. The popular singer revealed to Tassos Tryfonos when asked about the Eurovision contest and if she would ever think of returning, that RIK honored her this year as well, proposing her to represent Cyprus in Eurovision 2021, which will be held in a few days at Rotterdam!

The popular Greek artist clarified that the proposal she accepted was not about El Diablo, but another song. After a mature thought, Helena responded negatively to RIK, considering that this year was not her time either.

We remind you that in 2018, RIK had initially addressed Helena Paparizou, in order to interpret Fuego in the competition. Although she entered the process to record it, she finally refused, we would say shortly before the agreement was finalized. The song, after a short stop in Tamta, finally ended up with Eleni Foureira, with the triumphant ending that we all know.

Helena Paparizou never stopped being interested in the contest, as she stated. She would represent either Greece, Cyprus or Sweden and any decision she made would always have to do with the song.

Helena Paparizou spoke with the warmest words about both Elena Tsagrinou and Stefania, predicting that both will have a very good result.

Although Helena Paparizou did not mention it in her interview, the song that was suggested to her by RIK was Colors that competed in the Croatian national final with Bernarda.

Would you like to see Elena return to the competition? If yes with which country?

Helena Paparizou: The video she sent for her absence from the big Eurovision concert in Amsterdam 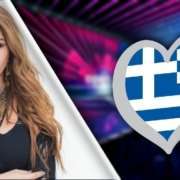 Helena Paparizou: “I would return to Eurovision” 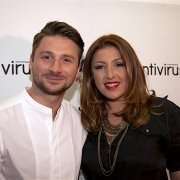 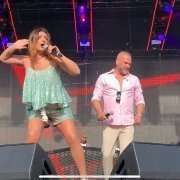