A big controversy broke out yesterday in the Russian showbiz with Russian pop singer and member of the Dream Team, Philipp Kirkorov and the producer of the singer Svetlana Loboda, Natella Krapivina, as the main actors.

The occasion was the appearance of Philipp Kirkorov with the influencer-rapper Dava Manukyan on the red carpet of the Muz Tv awards and the photo they uploaded, in which they are surrounded by half-naked men. 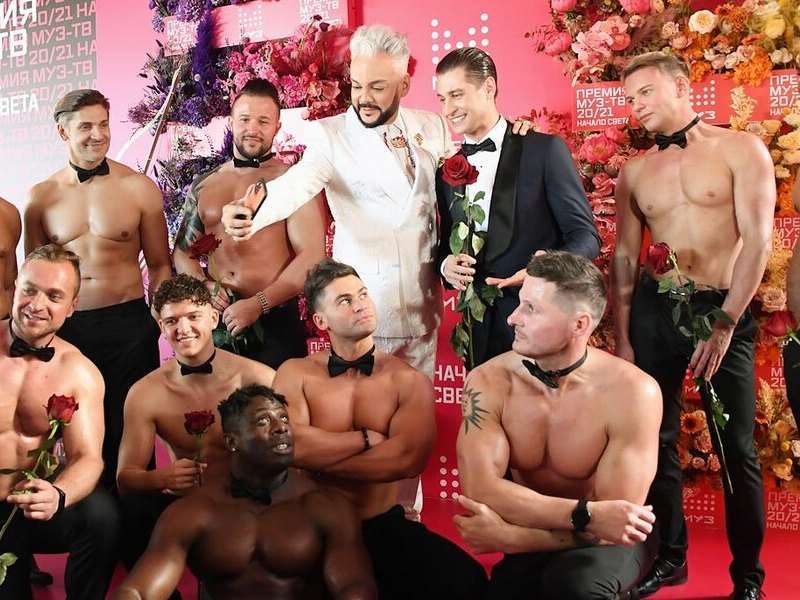 The specific post on Instagram was commented by Natella Krapivina, producer and director of Svetlana Loboda, writing “Horror show in every way. “In the old days in the Caucasus, such people were cut up and made into kebabs.”

Krapivina’s comment was answered by Phillip Kirkorov, posting a video on Instagram, in which he directly accused her of arrogance, toxicity and hypocrisy, as she claims that she is progressive, while at the same time she wishes people to die. In the same post he blamed her for the fact that a Loboda appearance had strong similarities with an older Beyonce appearance.

The famous Russian singer Zivert, however, seems to have liked Krapivina’s initial comment, something that Dava Manukyan also noticed, accusing her on Instagram of hypocrisy, since she has collaborated with Kirkorov. At the same time, Dava asked Kirkorov “not to cooperate in the future with people who smile at them but want to send them to the barbecue.”

Therefore, although it was one of the most rumored names, Zivert’s chances of representing Russia at Eurovision 2022 in collaboration with the Dream Team seem to be significantly reduced.

Meanwhile, Krapivina announced the end of its cooperation with Loboda and its departure from Russian showbiz.

In a video she posted, she admitted that her comment was harsh, explaining that she was not addressing all members of the LGBT community but the “atalants promoted by Kirkorov” and the “circus of Russian showbiz”. In addition, she stated that she proves her tolerance every day and accused Philipp Kirkorov of distorting her comment, while he has not actively supported members of the LGBT community in Russia. He also referred to previous incidents with Kirkorov, the fact that Loboda is the producer of a great success and claimed that Kirkorov repeatedly asked Loboda to cooperate in recent months, but she refused.

Svetlana Loboda on the other hand stated that her views do not coincide with those of her (former) producer and apologized to anyone who was offended or hurt.

Meanwhile, Roskomnadzor (Russia’s Communications, Information and Media Supervision Service) said it would investigate Muz Tv Awards material for violations of a law banning the promotion of “non-traditional sex with minors”. during the day and without the sign 18+. It is the law that was passed in Russia in 2013, became known as the “law of gay propaganda” and was condemned by the international community.

Stay tuned to Eurovisionfun for all the news regarding Eurovision Song Contest!

Estonia: Uku Suviste’s “Pretty Little Liar” to be revamped by Kirkorov and Kontopoulos

Breaking News: Sergey Lazarev has been officialy confirmed as the Russian representative in Eurovision 2019

Dimitris Kontopoulos’ #thb for Shady Lady – Which was the initial title of the song?
0 replies