On the last episode of Euro Trip, Jon Ola Sand, the ex-Executive Supervisor of Eurovision, talked about the possibility to see a debut of Kossovo or Kazakhstan but also for a returning country to come back any time soon.

At first, in his interview with the host of the show, he mentioned Kazakhstan and if the have chances to debut in Eurovision:

After that he talked about Kossovo and their chances of a debut, when he mentioned:

“There has been no attempt from the EBU to bring Kosovo into the Eurovision Song Contest. There have been discussions as a broadcaster, but they  lack the status to allow them to compete.“

Australia have been an exception because the country’s public broadcaster SBS has competed in every edition of the competition since owing to its associate EBU membership.

Last but not least, he talked about the possibility to see Luxembourg, Andorra, Slovakia, Monaco or Turkey returning in Eurovision Song Contest:

“We had talks with all the broadcasters you mentioned . It hasn’t been a priority for us to bring them in. There isn’t a need to grow the number of participants. But Turkey would have a higher priority than say, Monaco for instance”

Jon Ola Sand served as Executive Supervisor between 2011 and 2020. Prior to this role he was Executive Producer for Eurovision when the contest was held in Oslo, Norway in 2010.

Stay tuned in Eurovisionfun for all the latest news of Eurovision! 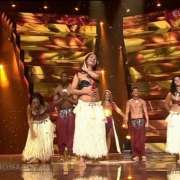 Latvia: The final version of her song is not ready, says Aminata!
Scroll to top