Alexis Cunningham , who will represent West Virginia in the first edition of the American Song Contest , speaks exclusively to EurovisionFun and Apostolis Matamis .

Alexis is excited about her participation in the competition while, as she states, she has been involved in music since she was a child, writing stories, lyrics and poems while combining them with her guitar.

Here in America we know about this beautiful competition that has been happening in Europe for 66 years. When the American version became known, some friends urged me to submit a song. I did not want to miss my deadline and due to my great desire I finally submitted an entire album, from which they have chosen this one song that I will represent West Virginia in the competition. I am very grateful and excited about this!

Regarding the competition process, Alexis states that:

There will be five qualifying rounds from which the semifinalists will emerge and finally the ten finalists so that we have a winner. Some participants already have a large audience but I am already so excited to take part in this competition that I have been selected for and I want to enjoy it.

Alexis is very happy for her participation in the American Song Contest and her entry will be about love.

My song is dance, retro, it reminds me of disco and I do not believe that people will expect something like that, but they will love it and want to dance with it. I can not betray the title yet. It is a song about love, about the first youthful love. But it also speaks of love for ourselves, as we must never give up and we must follow our dreams. It’s quite uptempo.

A teaser of the participation will be released a few days before her participation in the qualifier round while she is already preparing for her stage appearance.

I can not say much about it. It will have rock and roll vibes. It will be retro and colorful.

She has been watching Eurovision since 2014 when she was in Scandinavia and she was captivated by the fact that all countries unite in one night thanks to music.

Watch the full exclusive interview of Alexis Cunningham  in the  video below: 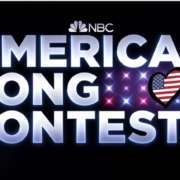 U.S.A.: The participants of American Song Contest 2022 First Qualifier Round!! 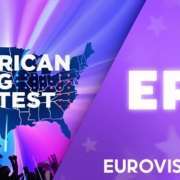 American Song Contest: All the shows on ERTFLIX from Wednesday 23rd of March!! 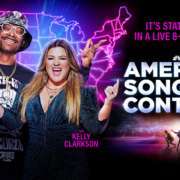 American Song Contest: The states that will compete in the 3rd qualifier round! 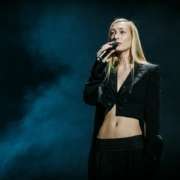 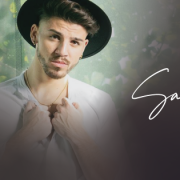 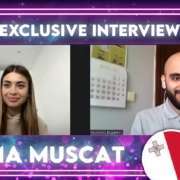 USA: The States and Territories of ASC’s Second Heat! 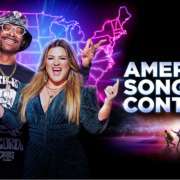 American Song Contest: Watch the rehearsals of the first qualifier round!

The shooting of Live On Tapes has started in Sofia!
Scroll to top