News
You are here: Home1 / News2 / Eurovision3 / Eurovision 20224 / Israel: Towards a solution for the crisis | Normally the delegation will...

According to local media, the crisis created by the strike in the Ministry of Foreign Affairs, which is on strike, seems to be coming to an end. It seems that the Israeli delegation will normally go to Turin, to participate in the 66th Eurovision Song Contest.

The news fell like a bomb yesterday, after the public television of the country KAN, announced that under the current circumstances, the Israeli delegation can not go to Turin, since the GSS, the security service of the Ministry of Foreign Affairs, is on a permanent strike. The Italian organization and the EBU refused to provide security personnel for the Israeli mission and so KAN announced on Tuesday 12/4, that it is unable to go to Turin.

The truth is that every Israeli delegation abroad, whether it is Eurovision, sports or any other event, is necessarily accompanied by security personnel. Strict security protocols always accompany Israeli missions when traveling abroad, especially after the “Munich Massacre”, when nine Israeli athletes were killed by Palestinian terrorists during the 1972 Olympics.

Despite the strike of the Ministry of Foreign Affairs, the head of the GSS (security service), instructed the security officers to consider other options, so that the delegation could travel to Turin without the participation of the Ministry of Foreign Affairs. KAN said it was in contact with GSS officials so that Michael Ben-David could properly represent Israel on the Eurovision stage. “The company thanks GSS for its help and hopes that a solution to the crisis will be found soon.”

With the crisis going to be resolved, all the 40 delegation will normally be on the stage of Pala Olimpico, to participate in Eurovision 2022!

Israel participates in the first half of the second semifinal. 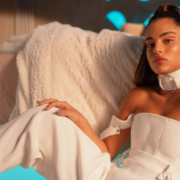 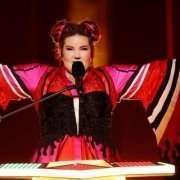 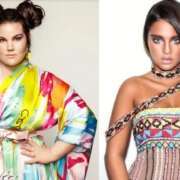 Israel: Superstar Noa Kirel will represent the country in Eurovision 2023! 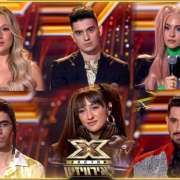 Eurovision: Listen to the second episode of the official podcast of the con...

OGAE Poll 2022: The results from Croatia!
Scroll to top