After Michael Ben David from Israel, Konstrakta from Serbia is ready for her second rehearsal on the stage of the 66th Eurovision Song Contest, where she will perform the song “In Corpore Sano“.

Ana Đurić, aka Konstrakta, is 28 years old and was born in Belgrade. After participating in music groups Mistakemistake and Zemlja gruva! from 1997 until 2019, Konstrakta started her solo career.

On 8 February 2022, “In corpore sano” was announced as one of the 36 entries for the national selection festival broadcast on Radio Television of Serbia to choose Serbia’s representative for the Eurovision Song Contest 2022. Entering the competition as an underdog, Konstrakta quickly acquired popularity following her performance in the first semi-final on 3 March, where she placed second and thus qualified for the final. In the final, which was held on 5 March, “In corpore sano” won both the jury vote and the public vote, receiving 31.34% of the public votes and therefore winning the competition.

Konstrakta is on stage 20 minutes later than expected. At first she seems to have a small probleam with her “in-ear monitor”. The singer is doing her washing hand routine with five other persons around her, giving her towels. At some points of the song there are lyrics in the screen so viewers can understand the meaning of the song. The staging is pretty dark, with dark blue lights and you see some hands in the LED behind. Even though she was very good vocally she complains that she cannot hear the music.

In her second run everything seems to be fixed and she delivers her song perfectly. Konstrakta and her team are trying to find the perfect volume for the music in her in-ear because she mentioned that at this time it was a bit loud.

A perfomance that can really be loved by televoting because of the catchiness and uniqueness. 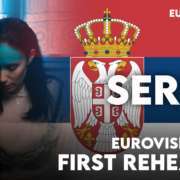 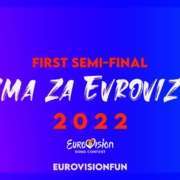 Serbia: The results of the first semi-final of “Pesma za Evroviziju 2022”! 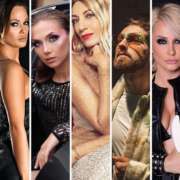 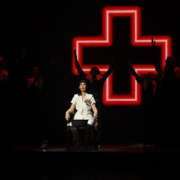 Eurovision 2022: Three countries are recording their live-on-tape performance in Belgrade! 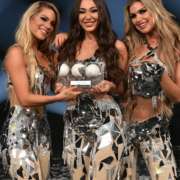 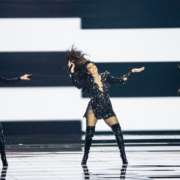 Serbia: National final songs to be revealed on February 8! 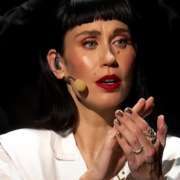