With Ukraine’s victory during last Saturday’s Grand Final still fresh in our minds, many wonder what Kalush Orchestra’s win would mean for next year’s Eurovision. Soon after the Grand Final, the EBU released a statement saying that they will begin planning Eurovision 2023 with the winning broadcaster UA:PBC.

Of course, due to the ongoing war in Ukraine after being invaded by Russia, unique challenges will lie ahead in organizing a safe and free event for all. In the unfortunate case Ukraine won’t be able to host Eurovision in their own country next year, the EBU will look for another possible host country. The Spanish broadcaster RTVE has already confirmed they would be prepared to host Eurovision and support Ukraine regarding the organization.

According to Sietse Bakker, executive producer of the Eurovision Song Contest, while speaking with EditieNL, it would make sense for the EBU to look at possible host countries that have had the honor of hosting recently in the past. Since the Netherlands only hosted the contest last year in Rotterdam, they are known to be up for the task of hosting such a big event like Eurovision.

Dutch broadcasters AVROTROS and NPO have commented on this news as well, saying that it is too early to say anything about a possible new edition in the Netherlands. If the EBU approaches them to organize the event once again, they will take that into consideration with all involved parties. 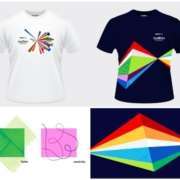 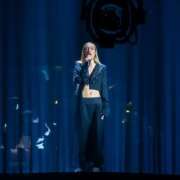 Kosovo: RTK aiming to apply for EBU membership by the end of the year!

Italian commentator apologizes after comparing Chanel with J.Lo during the Grand...
Scroll to top