This week, the European Broadcasting Union officially suspended its Russian broadcasters from the organization.

RTR , Channel One and Radio Dom Ostankino have now been excluded from the European Broadcasting Union, following a unanimous decision by the Executive Committee earlier this week. The confirmation of the decision was sent to all EBU member broadcasters with a statement reading:

On behalf of the Executive Committee, I would like to inform you of the decision taken by the Council on three Russian members of the EBU (RTR, Channel One and Radio Dom Ostankino) at its meeting yesterday. Based on the measures taken by the Executive Council at its last meeting on April 7, when it launched the suspension procedure, the Council unanimously decided to immediately suspend the three Russian members of the EBU indefinitely, which the Executive Board will review regularly.

The EBU  has banned  Russia from participating in Eurovision 2022, following calls from several broadcasters to do so, following the Russian invasion of Ukraine. All Russian state media that were members of the EBU (VGTRK, Channel One and Radiodom Ostankino) announced their withdrawal from the European Broadcasting Union (EBU) in response to Russia’s removal from Eurovision 2022.

Channel One has been a member of the EBU since 1995, VGTRK since 1993 and Radio Dom Ostankino since 1996. Their departure from the EBU would mean that they would no longer be able to compete in Eurovision or access content such as sports events, news and music programs. 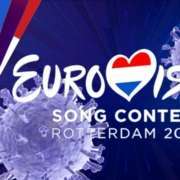 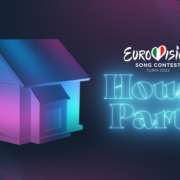 Eurovision House Party: Watch the performances of the first episode!

Poland: Watch the live on tape video of “River”
Scroll to top