The Ukrainian public broadcaster, UA:PBC, confirmed just a few hours ago its participation in the 20th Junior Eurovision Song Contest. Ukraine’s participation will be selected through a national final, which will take place in the fall.

Detailed details of the process and the way of conducting the Ukrainian national final in view of Junior Eurovision 2022 are expected to be known in the near future.

Olena Usenko represented Ukraine in the last Junior Eurovision held last December with the song “Vazhil“. The Eastern European country ranked 6th out of a total of 19 countries with 125 points.

The 2022 Junior Eurovision Song Contest will be held in Yerevan, Armenia, following the country’s victory in the 2021 contest in Paris. This is the second time that Armenia has won the competition, the first was in 2010. To date, the following countries have confirmed participation or expressed interest in the 20th edition of the competition: 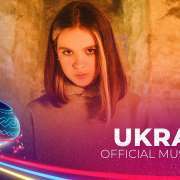