For many, including us on Eurovisionfun, Eurovision never ends! However, September 1st is a special date. Any song that is released after that date is eligible to be chosen to take part in the next years contest. Therefore, any song from now on can be a potential Eurovision 2o23 entry!

What we know so far

After the landslide victory of Ukraine and Kalush Orchestra in Turin, EBU has already announced that due to the ongoing war since the Russian invasion of Ukraine, the contest will be held in the United Kingdom instead, to ensure safety of everyone involved in the production.

During August, BBC announced a shortlist of seven cities that will compete to host the contest next year, while the deadline to submit the finalized bids is set for September 8th. BBC and EBU representatives will visit these cities to inspect the facilities and discuss with local authorities on the proposed bids.

Around late September/early October and after there is potentially a dialogue with the British government, BBC and EBU will announce the Eurovision 2023 hosting city. 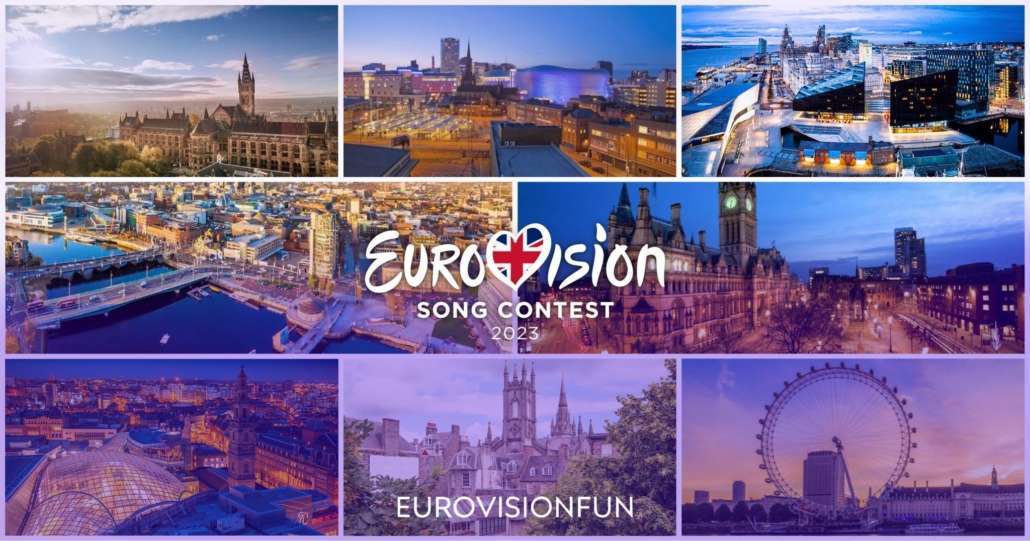 The shortlisted cities are:

Betting odds are every year a topic of discussion within and outside the Eurovision fandom. As of the time of writing, the odds about which city will host Eurovision 2023 predict Glasgow as the hosting city, with 65% chances, indicating a one-horse race for the hosting of the contest next year. 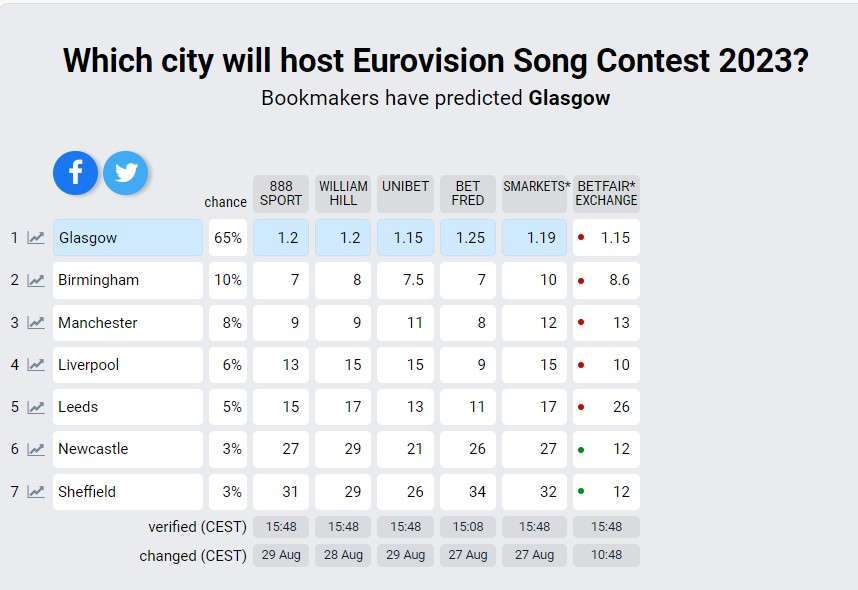 As of now, 27 countries have officially or unofficially confirmed that they will take part in Eurovision 2023. These are:

Within the next months more countries are expected to confirm their participation, with the goal to have 40 countries as in 2022. Russia and Belarus are not eligible to take part in the contest, since their broadcasters are not EBU members anymore.

Certain countries have already announced that they will not take part in Eurovision 2023, with some of them extending their long-lasting absence from the contest. Andorra, Monaco, Luxemburg, Liechtenstein, Slovakia, Maroco and Hungary will not be present in the 67th Eurovision Song Contest, while Turkey and Bosnia-Herzegovina are yet to announce their plans but the chances to see them returning are low for various reasons. 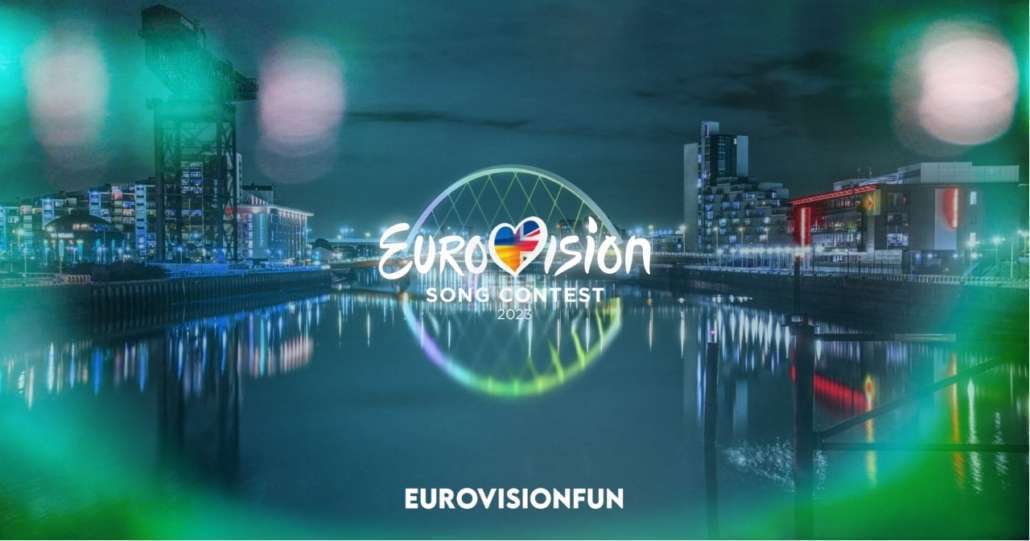 Until March 14th the announcement of all the entries

It won’t be before March 14th until we know all competing artists and entries for 2023, since on that day is the meeting of the Head of Delegations where all entries will be officially submitted. However, Israel has already selected its artist and its Noa Kirel, a local superstar with many of her songs conquering the charts. 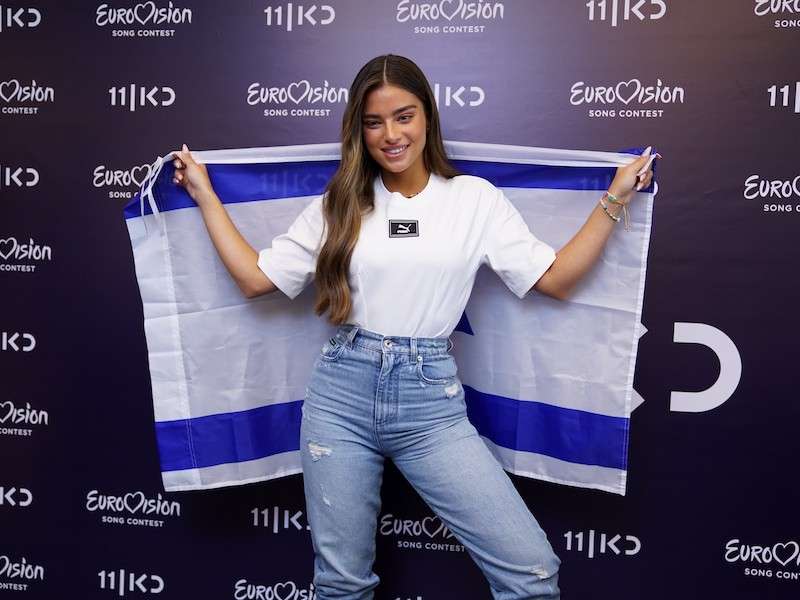 Albania and Ukraine will be the next to select their entries before the end of 2022, unless there is a surprise as with Czech Republic last year.

Eurovisionfun will bring you Eurofun-tastic news throughout the season, while you should be ready for exclusives and surprises! Our 24/7 coverage in Greek and English includes articles, reactions, discussions and many more!

Don’t forget to follow us on our social media, we are always online and we love interacting with you! You can check us out on:

Finland: Submissions for UMK 2023 have officially opened!
Scroll to top