The big moment for Belgium has arrived as the Western European country chooses its Eurovision 2023 representative tonight.

Seven years after their last national final in 2016, Belgium returns to this format again in order to get back on track after mediocre results in recent years.

Seven artists are competing in tonight’s Eurosong 2023 final, vying to represent Belgium at the 67th Eurovision Song Contest in May in Liverpool.

Τhis is the running order of the artists that will take part in the Belgian national final tonight:

A total of 14 songs were selected for Eurosng 2023 after selection by the relevant VRT jury, with two songs belonging to each artist. Then the artists themselves were asked to choose one of the two to compete in the national final.

The Eurosong 2023 final will take place tonight at 20:20 CET and will last just under two hours. You can watch it through the official website of VRT, by clicking HERE.

The presenter of Eurosong 2023 will be the well-known radio producer from Flanders, Peter van de Veire, who in recent years has also been the Eurovision commentator for the Dutch-language broadcast in Belgium.

So today we will learn the third song ahead of Eurovision 2023, as well as Jérémie Makiese‘s successor to represent Belgium. The young singer took 19th place in Turin with the song “Miss You“.

Stay tuned to Eurovisionfun for all the developments regarding Belgium’s participation in Eurovision 2023, in Liverpool! 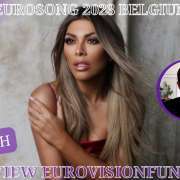 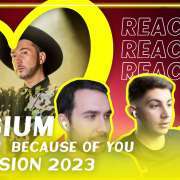 Belgium: Eurovisionfun Reacts to Eurovision 2023 Entry ”Because of You” (video) 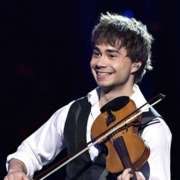 Belgium: The jury of Eurosong 2023 has been announced! 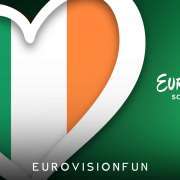 Ireland: The entries of Eurosong 2023 have been revealed! 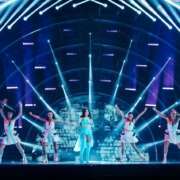 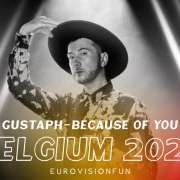 Belgium: With Gustaph and “Because of You” at Eurovision 2023!
0 replies