News
You are here: Home1 / News2 / Eurovision3 / Georgia4 / Georgia: On February 2 the Final of The Voice Georgia!

Georgia’s national broadcaster GPB hosts The Voice Georgia for the first time, as the country’s national selection for Eurovision 2023.

The tv show, which started on December 8, is now in the Live Shows phase, with 24 artists continuing to compete to represent Georgia in Liverpool.

As announced by the GPB, the Semi-Final of The Voice Georgia will take place on January 26, while one week later, on Thursday, February 2, the Grand Final will take place, when the winner will be decided and get the right to fly the country’s flag in the United Kingdom.

Also, it is not yet known how the song will be chosen to be performed by the artist who will be crowned the winner of the music competition in May.

The jury, as we have already informed you, consists of:

Among the 24 artists who continue in the Live Shows is Iru Khechanov, a member of the children’s group Candy, where with their song Candy Music they managed to give the Caucasian nation the second prize in Junior Eurovision 2011.

In 2022 in Turin of Italy Georgia was represented by Circus Mircus group and the song Lock Me In but achieved nothing more than finishing 18th and last in the second semifinal with 22 points.

Stay tuned on Eurovision Fun for all the updates and news around the 2023 Eurovision Song Contest. 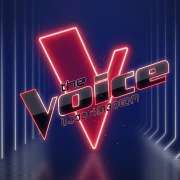 Georgia: The judges for The Voice Georgia revealed!
0 replies

Finland: These are the contestants of UMK 2023!
Scroll to top