Public broadcasters from 41 countries will take part in the Eurovision Song Contest when it returns to our screens next May.

Fans of the Contest will welcome back ARMTV from Armenia and RTCG from Montenegro, both taking to the stage for the first time since Tel Aviv in 2019.

It’s also a special year for Norwegian broadcaster NRK as they will be celebrating the selection of their 60th Eurovision entry during the Melodi Grand Prix grand final on Saturday 19 February.

We will also witness the 300th ‘Big Five’ performance – that’s a song from one of either France, Germany, Italy, Spain or United Kingdom.

‘We are so excited that we once again have over 40 broadcasters competing to win the iconic Eurovision trophy in Turin next May.

The team from Rai are working hard on preparations to welcome all the delegations to a new Host City and ensuring the Eurovision Song Contest will provide the excitement and state-of-the-art spectacle expected by nearly 200 million viewers.’ 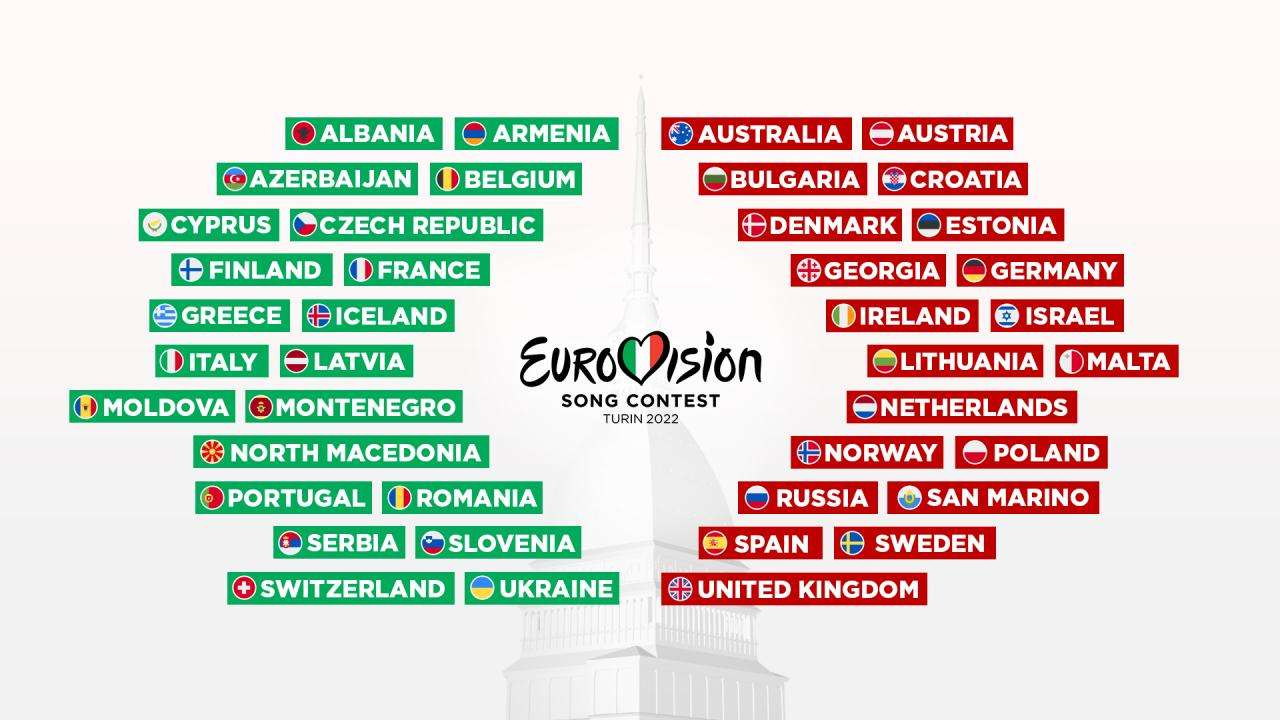 On the announcement of the 41 participants, Simona Martorelli and Claudio Fasulo from Italian broadcaster Rai added:

‘After 31 years, Italy is proud to host the Eurovision Song Contest again! As Executive Producers, we are incredibly excited to set up this amazing event and welcome delegations from 41 nations to Turin next year.

Above all, we strongly believe the Eurovision Song Contest will allow us to showcase and share the beauty of Italy with a global audience via the elements that unite us all: music and harmony.’

The Italian city of Turin won the race to become the Host City of the 66th Eurovision Song Contest, setting Saturday 14 May as the date of the Grand Final, which will be held in PalaOlimpico along with two Semi-Finals on 10 and 12 May.

Tomorrow night (4/2) the video clip of Monument is released, of KEiiNO’s entry in MGP 2021. A while ago KEiiNO gave us a very interesting teaser. In the video clip we will watch, among other things, the most “monumental” moments of the band members, Alexandra, Fred and Tom!

Tomorrow at 21.00 the video clip for ′ ′ Monument ”!!! In the video we all stand with a photo, from the most monumental moment of our lives. We are SO excited to see the video tomorrow, but here is a little teaser, and the stories behind these three photos ❤️
KEiiNO

Fred: My great-grandfather Klemet comes from the generation that fought for the survival of the Sami culture many years ago. He is my great daily hero. His struggle, and his attitude for the will to live is one of the reasons why I have the opportunity to live my dream until today ☺️.
Tom: I hold a photo standing at the Glastonbury Festival with my husband Alex. I stand with the man who enriches my life and is part of a great community that shares the joy of music, IT’S a real ′ ′ Gloria moment ′ ′ ′
Alexandra: My photo is of Tom & Fred from Eurovision 2019. When I joined KEiiNO, I made two new friends for a lifetime. The boys really helped me make my biggest dreams come true and they became an important part of my life. They have simply become my monument ❤️

KEiiNO, the popular band that won the televoting at Eurovision 2019 and hopes to return to this year’s contest with Munument, spoke exclusively to the Eurovision Buddies, answering all the questions that concern us.

The band explains the reasons that led them to want to return to the competition, participating in MGP 2021. They refer to the meaning of Munument lyrics, the source of their inspiration. In their plans for the MGP final, but also their opponents. Do not miss this interview, and at the end you will have the opportunity to hear them perform their song live!

Since last night, Eurovision Bubble has been dealing with the impressive performance of Raylee in the second semifinal of MGP 2021, with Hero. A song with a clear 80s sound and an appearance that referred to this decade, but also with lyrics that many commented on social media, right in my opinion, that it is essentially the “answer” to Holding Out For A Hero by Bonnie Tyler.

Bonnie Tyler may feel weak and wait for her hero to save her from the difficulties she faces, but Raylee does not need anyone! As she mentions in her song, she feels quite strong and does not need any heroes, since she has enough self-confidence to fight any obstacles in her life! 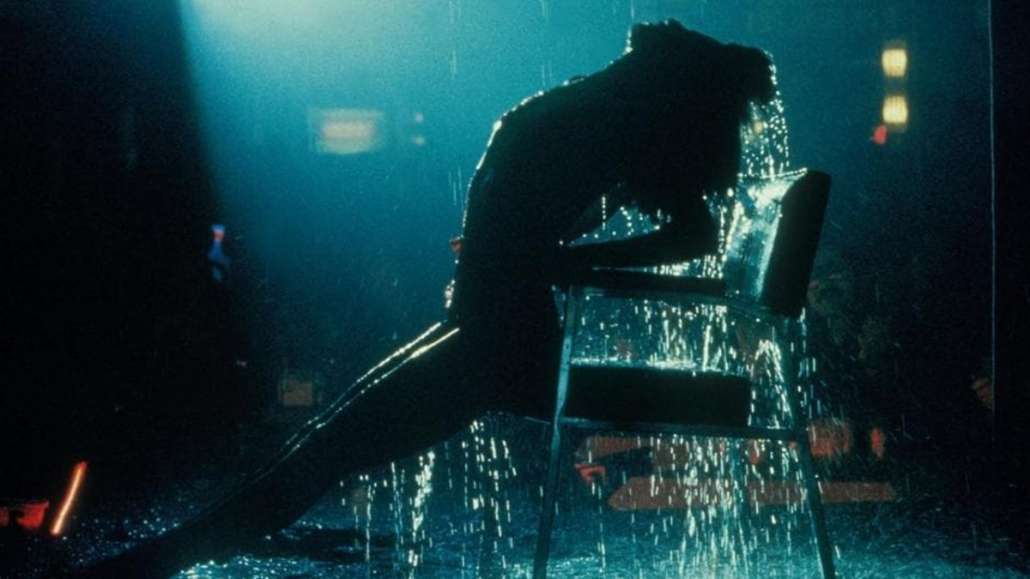 Those who loved this decade, it was normal to love Raylee’s Hero, for all the reasons mentioned above. After all, the 80s are in fashion and are everywhere, not just in music. Of course, there were also negative reactions, since for some it all reminded of carnivals. However, Raylee certainly achieved her goal, as Hero is the topic of discussion throughout the fandom and besides, it brought interest in a national final that many had predicted last week that KEiiNO would win easily. Norway after the end of yesterday’s semifinal, went up three places in the bets; maybe this is indicative…

Blåsemafian series to be “interrogated” by Stella and GOS on the always hospitable channel of Eurovision Buddies. The band, which against bets and predictions, qualified for the final of MGP 2021, gives an enjoyable interview, while they also support their choice to play live music in the semifinal of MGP, although they were not obliged according to the regulations.

Watch the interview below:

Yesterday (16/1), the first semifinal of MGP 2021, was accompanied by a significant mistake. Specifically, immediately after the draw for the separation of the artists into two duels, the card we saw on our screens had as the winners of the second duel, without having of course the public vote took place, the final winners Blåsemafian feat. Hazel. END_OF_DOCUMENT_TOKEN_TO_BE_REPLACED

Stina Talling and Jorn battle for qualification for the MGP 2021 final is what the odds show us at the moment. So according to all the betting companies, Stina Talling is the favorite to win, but Jorn is reducing the distance between them. In fact, Jorn’s rock song on YouTube, precedes by a big difference in the views and maybe that is the reason why the betting gap between them closes in the last hours.

How will the winner of MGP 2021 will be decided

The finalists this year in MGP 2021 will be 12. Half of them will have a direct ticket to the final, while the five will emerge from the semifinals. With six directly in the final and five emerging from the nights before, the puzzle of the final remains to be completed by the 12th finalist. The last finalist will emerge after the end of the last semifinal, through a special night, and will be one of the 15 already excluded from the process.

Today, Saturday, January 15, we will have the first semifinal of MGP 2021, where the winner will qualify for the final. In addition, we will see KEiiNO and TIX to interpret their participations live.

Below you can listen to the songs of the first semifinal of MGP 2021:

Who will qualify to the final?

KEiiNO say they are delighted with the public reception of the Monument, their song for MGP 2021, with which they hope to once again represent Norway in the Eurovision Song Contest.

Within 24 hours, the Monument was watched by 68,000 on YouTube, while it was also found in the iTunes charts of many countries. In particular, it was first in Norway and Israel, 13th in Denmark, 20th in Sweden and 45th in the United Kingdom.

Tonight, during the first semifinal of MGP 2021, we will have the opportunity to watch the live performance of Monument by KEiiNO and we will have a better picture. Watch the acoustic version of Monument below:

The songs of KEiiNO and TIX, which compete directly in the final of MGO 2021 on February 20, were recently released. KEiiNO is the group that won the televoting in Eurovision 2019, while TIX is a famous singer, producer and songwriter. END_OF_DOCUMENT_TOKEN_TO_BE_REPLACED