In exactly one month the rehearsals for the 66th Eurovision Song Contest will begin and Eurovisionfun brings you once again news that will literally shake the whole bubble! Fokas’ idea for the staging of Greece’s entry will definitely impress more than ever. So according to our exclusive information, Amanda will be accompanied on stage in Turin by five more women. Both Amanda and the women who will accompany her will be dressed in white tunics and the whole staging will refer to the Erechtheion and the Caryatids. The six people on stage will be in the same order as the Caryatids in the Erechtheion of the Acropolis! As it has already been announced, these tunics will be specially designed by Celia Kritharioti. 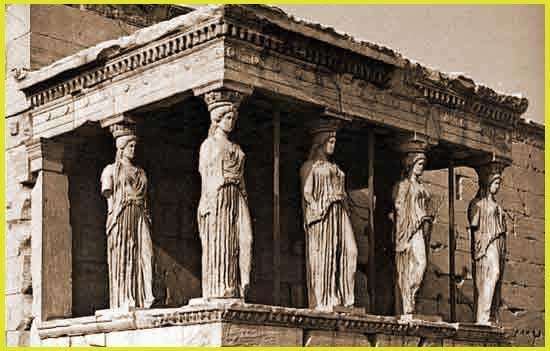 It is known that Fokas Evangelinos always tries to put a special touch on the staging performances he is responsible for. This year, while Greece’s song does not feature a Greek element, the Greek element will be given with the stage performance, as happened with the video clip,

However, this is not the only message that the Greek mission wants to send this year. It is known that one of the six Caryatids, which is in the British Museum, has been stolen in the 19th century by Elgin. A permanent request of all Greek governments is the return of all stolen antiquities, something that to this day the British Museum stubbornly refuses.

With simplicity, but with messages to many recipients, always under the creative supervision of Fokas Evangelinos, the staging performance of Greece’s entry this year is expected to stand out and be discussed!

Stay tuned to Eurovisionfun for all the news regarding Greece’s participation at Eurovision 2022!