A short while ago, Ukraine‘s public broadcaster, UA:PBC, announced the candidates for the country’s national final, Vidbir 2022, with the aim of selecting Ukraine’s next representative for Eurovision 2022!

A total of 284 songs had been submitted. Initially in the first phase, a panel of experts selected the 26 best songs. In the second phase, only eight artists went on to participate in the grand final.

The eight artists who will compete in Vidbir 2022 are:

As a reminder, Ukraine’s national final for the Eurovision Song Contest 2022 will take place on 12 February at 18:00 CET, live on UA public TV (UA:First). Frends Pro TV LLC will produce the Final of the National Selection, and will also create a Live on Tape video of the winner in case it is needed in Turin.

Stay tuned at Eurovisionfun for all the latest news regarding Ukraine’s participation in Eurovision 2022!

As it was announced last year, STB will no longer be involved with Ukraine’s participation in the Eurovision Song Contest. Later UA:PBC revealed that it would broadcast everything Eurovision-related without private broadcasters’ support and on its own.

A couple of weeks ago, Suspilne has also announced that about 53 applications have been received to compete in the national selection of Ukraine – Vidbir.

According to Muzvar, this year’s Vidbir is expected to surprise us with the new format and new faces. The portal has gathered some exclusive and confirmed information about those who have already submitted and will apply for the national selection. 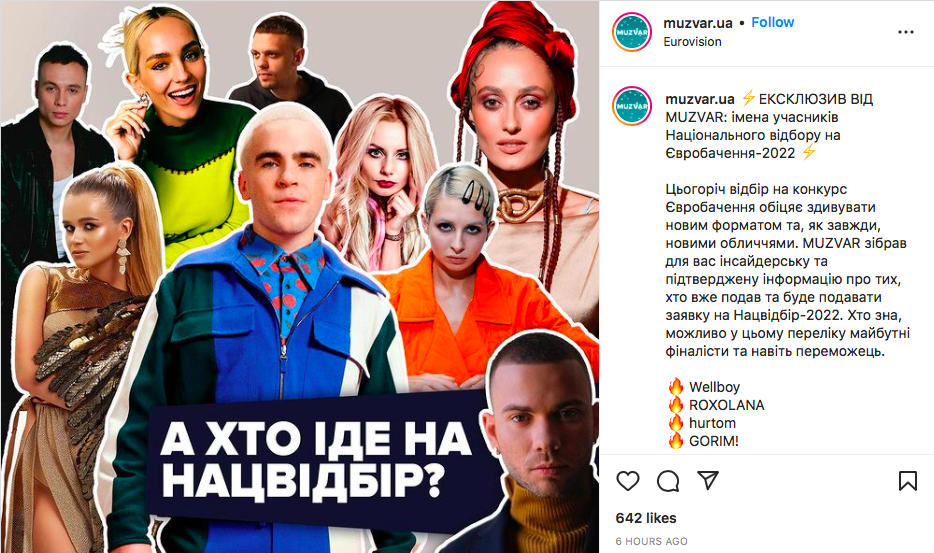 These are the names of the rumoured artists: 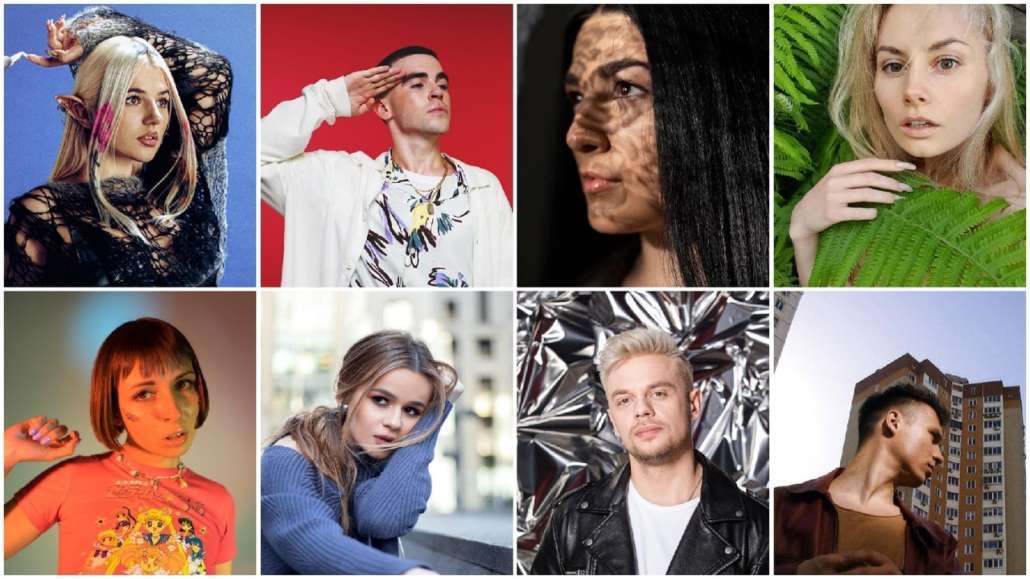 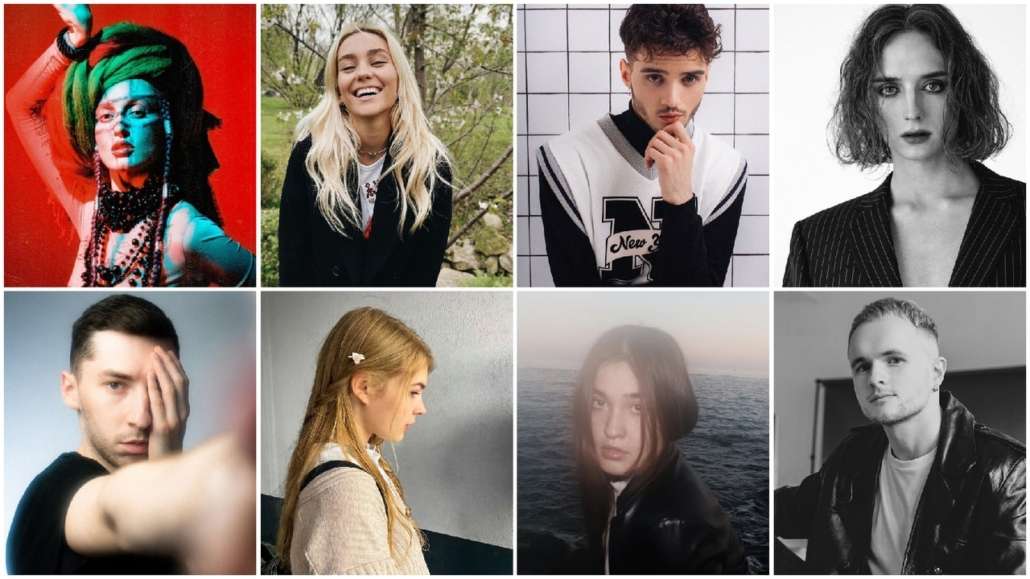 Wellboy‘s song is similar to the last two singles they had. ROXOLANA‘s song ‘Girlzzzz’ is a ‘joyful’ ethno-pop and will be released on January 21. hurtom have insightful vocals and beautiful lyrics, their entry is already on Spotify. GORIM!‘s song is an ‘electronic-dance’. Cloudless‘ song is expected to premiere around January 20-30. Michael Soul‘s song is described as very ‘eurovision-ish’. LAURA MARTI has an alternative jazz written by Kazka’s member – Dmytro Mazuryak. It was released on January 1. According to the speculations, Sowa‘s song is LGBTQ+-friendly. TONKA has indietronica from ‘Masterskaya’ label. Nazar Ya has a cool dance melody. Sofia Ivanko‘s song ‘Casion’ is already out on Youtube. Sofia Shanti‘s song has R’n’B vibe. IDXO‘s is something that would make you dance. Uliana Royce‘s song is written by Artem Pivovarov. According to the portal, Alina Pash has a very interesting material and her song has probably not been released yet.

Eria‘s song ‘Mavka’ is an ethno-pop just like her 2018 entry. Here’s the teaser:

On January 24, the artists for Vidbir will officially be revealed.The selection will take place in February.