The first country to have a go on their first rehearsal for Eurovision Song Contest 2022 is Ireland and Brooke with the song “That’s Rich”!

Who is Brooke Scullion?

Irish Alt Pop artist, Brooke has been making waves for her ferocious vocal delivery and dance worthy anthems. Rising to fame as a finalist of The Voice UK 2020, she wowed the judges and viewers with her show-stopping performances. Having duetted with Ella Eyre and been mentored by Grammy award-winning coach/singer Meghan Trainor, Brooke is closely following in the footsteps of these strong female artists.

Brooke had brought our first fabulous outfit of the day – an electric blue ensemble that includes hotpants with a chiffon overskirt. Chily for Ireland, but perfect for Italy.

It’s a confident performance that makes great use of the floor projections and overhead camera rig, with four backing dancers and a playful dance routine. It’s also a a strong vocal performance – Brooke has a really distinctive voice that sounds great in this big arena. A fun start to the day. 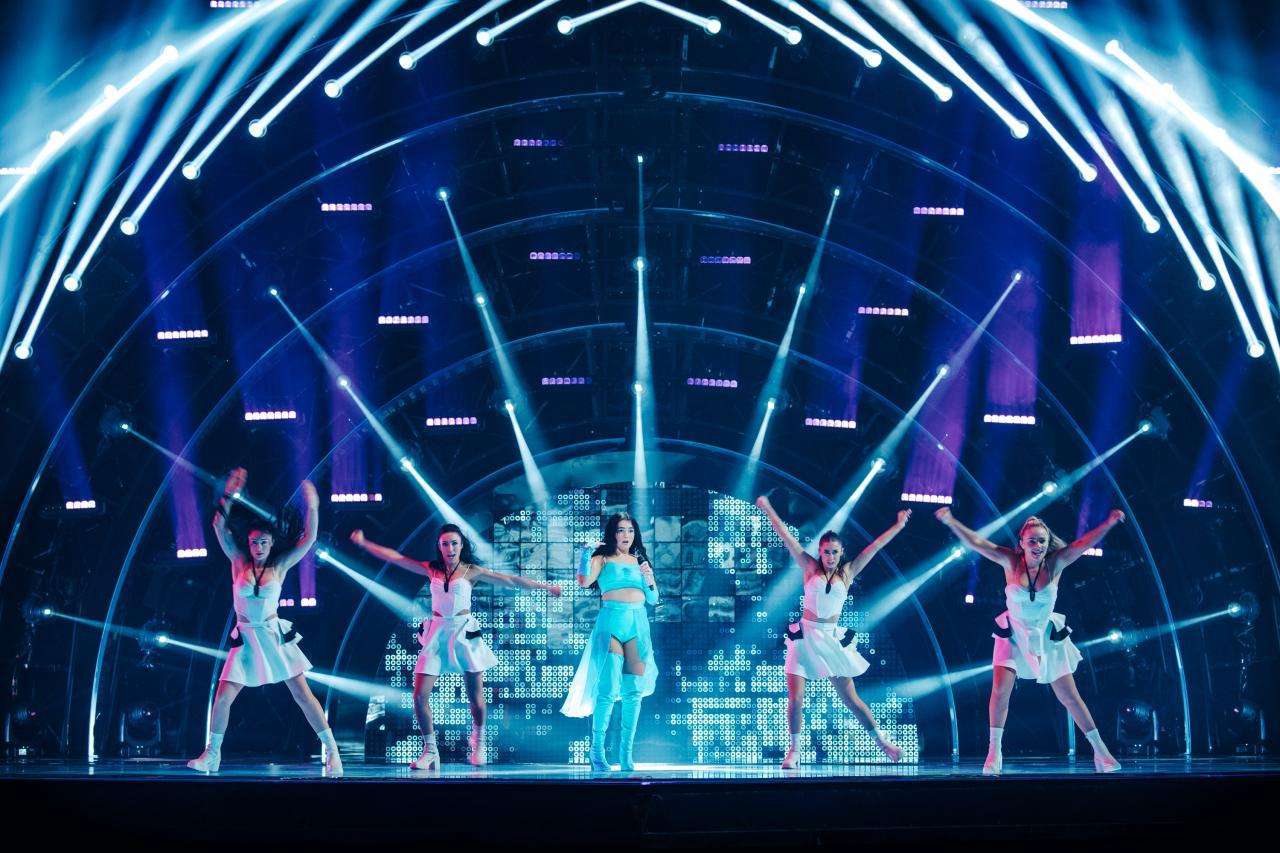 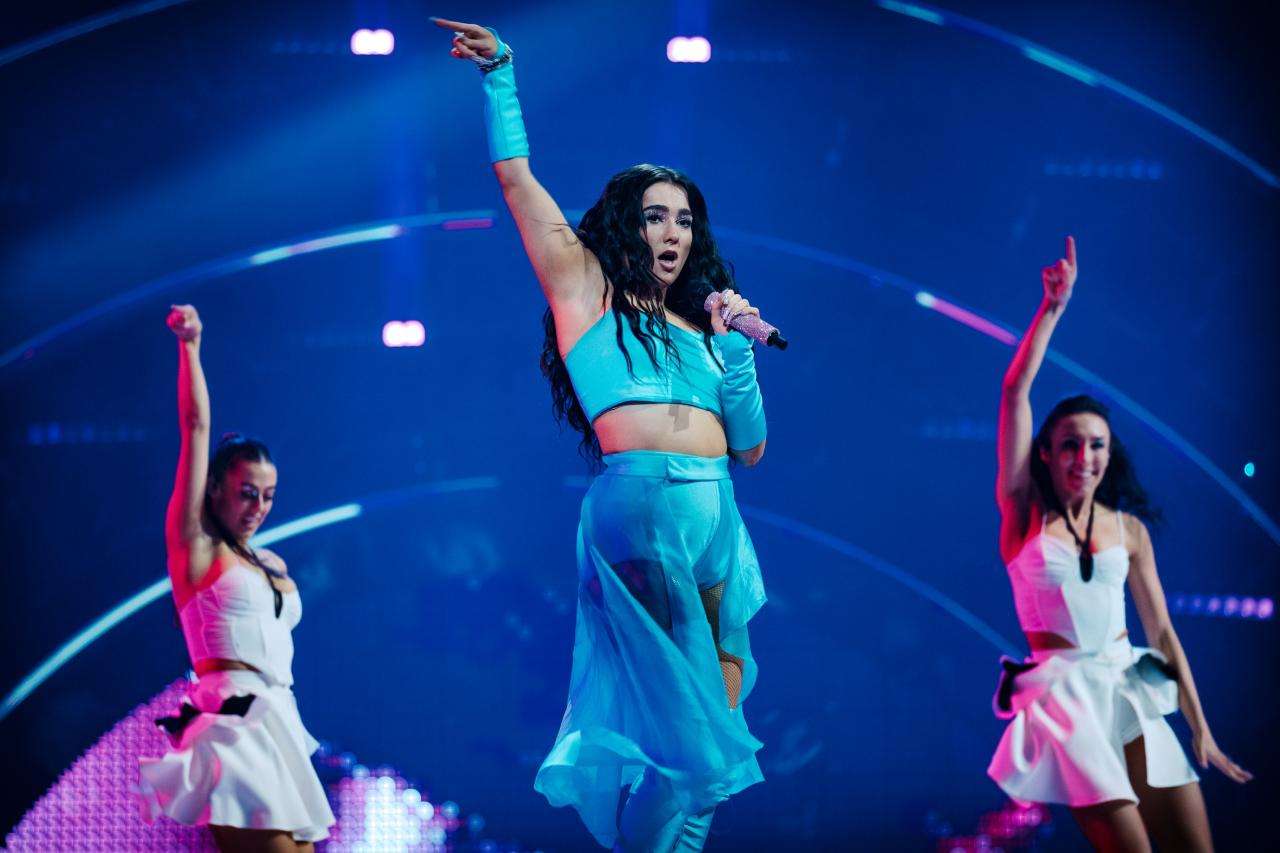 The second rehearsal of Ireland will take place on Friday 6th May and we will have a better idea of ​​what we will see from Brooke on the stage.

Below you can watch a small clip from Ireland’s first rehearsal from Tik Tok:

The second episode of the EBU’s podcast on the Eurovision Song Contest was released today.

Music presenter and reporter Steve Holden is the presenter of the show! The Eurovision Song Contest Podcast features news and interviews with this year’s artists, iconic Eurovision legends and the people responsible for making the contest happen, those behind the lights and on whom the whole institution relies. At the same time, it offers fans a behind-the-scenes look at Turin and features different voices from all over Europe and beyond.

Episode 2 of the #Eurovision podcast has dropped! 🥳

This week @SteveHReports hangs out with S10, Brooke, The Rasmus, Citi Zēni, Monika Liu, We Are Domi and Ochman in Amsterdam 🇳🇱🇮🇪🇫🇮🇱🇻🇱🇹🇨🇿🇵🇱

This week, Steve Holden met up with S10, Brooke, The Rasmus, Citi Zēni, Monika Liu, We Are Domi and Ochman in Amsterdam.

You can listen to and subscribe to the podcast HERE.

Irish Alt Pop artist, Brooke has been making waves for her ferocious vocal delivery and dance worthy anthems. Rising to fame as a finalist of The Voice UK 2020, she wowed the judges and viewers with her show-stopping performances. Having duetted with Ella Eyre and been mentored by Grammy award-winning coach/singer Meghan Trainor, Brooke is closely following in the footsteps of these strong female artists.

The latest single “That’s Rich” is inspired by Blondie meets The Gossip. The fiery and empowering track narrates how you should never settle for anyone who doesn’t fulfil your needs. Brooke shares, “I was reading Debbie Harry’s autobiography and wanted to encapsulate the attitude she portrayed in her life.” Oozing with energy and sass, the songwriter demonstrates her impressive and powerful vocal range, which soars atop a throbbing beat and playful instrumentation.

With her music receiving acclaim from the likes of BBC Introducing, as well as numerous Spotify editorial playlists including New Music Friday and New Pop UK Playlists, Brooke is set for a roaring 2022.

https://eurovisionfun.com/wp-content/uploads/2022/02/Brooke.jpg.jpg 812 1440 Spyros Koronakis https://eurovisionfun.com/wp-content/uploads/2018/10/eurovision-fun-transparent-1-3.png Spyros Koronakis2022-02-16 22:53:252022-02-16 22:53:25Ireland: Brooke secures Eurovision spot to represent Ireland with “That’s Rich”
Last week there was a rumor running around that the Irish entry, Brooke Scullion with the song “That’s Rich”, may not follow the rules set by the Irish public broadcaster, RTÉ, in fact they said “it breaks the rules”.
On February 5, 2022, the Irish finalist of The Voice UK, Brooke Scullion won the national final of Ireland with the song “That’s Rich“. It looks lime Scullion has performed her song on an online singing session on April 7, 2021. This is against the rules of RTÉ, while Eurovision contestants are prohibited from performing their song before the first day of September of the previous year of each contest, this time September 1st 2021, to prevent them from gaining an advantage compared to the other songs.

These days RTÉ looks into the matter, because if Scullion’s song won the contest with a commercial advantage, this could be a reason to disqualify the song, the artist, or even both. There are also some people saying that RTÉ knew about Scullion performing her song before the first of September and they had no problem with it. Besides, the winning Dutch song of 2019, Arcade by Duncan Laurance, also leaked before the allowed date and still went on to perform in the contest.

We remind you that Ireland is scheduled to perform in the second half of the second semi-final in May 12 2022.

You can listen Brooke Scullion’s song below:

Stay tuned on Eurovisionfun for all the news regarding the Irish participation at the Eurovision Song Contest 2022 in Turin, Italy.