Armenia is quiet as per usual and will probably reveal its entry at the last moment. However, according to the speculations and rumours, one of these 4 artists/bands is likely to represent Armenia in the 2022 Contest which will be held in Turin, Italy. Their names are – Ladaniva, Saro Gevorgyan, Athena Manoukian, Brunette.

Ladaniva is a multicultural band creating world music with a fresh touch of Armenian folk and other traditional forms, such as maloya, Balkan, reggae, Arabic, African. The group was founded in October 2019 by Armenian singer Jacqueline Baghdasaryan and French multi-instrumentalist Louis Thomas. Ladaniva is very popular among Armenians. During the tough times, the only thing that would bring happiness to Armenians all over the world was their single ‘Kef Chilini’. Ladaniva would be a fascinating and outstanding choice to represent the country and could easily be in the run to win the televoting in Italy this year.

Saro Gevorgyan is a talented singer and songwriter. In 2016, Saro Gevorgyan took part in the Depi Evratesil show, the Armenian national selection for ESC 2017, where he got into Aram MP3’s team. In 2019, he participated in the Eurovision Song Contest in Tel Aviv as the backing vocalist of Armenia’s participant Srbuk. In 2021, he won the New Wave competition in Sochi, becoming the third participant to bring victory to Armenia in the entire history of its participation. He amazed with his fabulous vocals such big names as Philipp Kirkorov, Dimitris Kontopoulos, Dimash and etc. Saro is very close to the delegation and lately we’ve heard a famous Armenian artist Erik Karapetyan say that Saro is a future Eurovision winner. He could bring an amazing result to Armenia with a modern and emotional ballad!

Athena Manoukian is a Greek-Armenian singer and songwriter. She’s the biggest favourite of eurofans all around the world to represent Armenia in the contest this year. Athena won the Armenian National Selection in 2020 with her song ‘Chains On You’ which automatically became Armenia’s entry for the contest which got cancelled later. Lately, she went to Armenia and as she had mentioned, that trip had something to do with Eurovision. Athena is capable of getting an amazing result with something as modern and catchy as her 2020 entry!

Brunette hails from Yerevan, Armenia. She’s part of Nvak (a non-profit organisation that nurtures artists who live in countries experiencing social, political and/or cultural turmoil) which was founded by Tamar Kaprelian (Armenia ESC 2015, Depi Evratesil 2018). She’s very close with Saro Gevorgyan. Brunette was also rumoured for Depi Evratesil 2020, but unfortunately she wasn’t on the list. This year she’s once again rumoured to be one of the 4 main candidates to fly the Armenian flag in Turin. With a high-quality modern and catchy song the newcomer could possibly bring one of Armenia’s best results if not the best to the country. 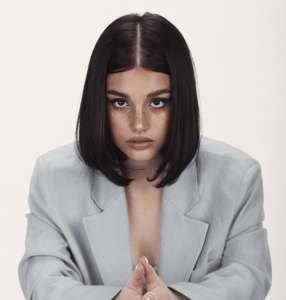 The minority of Armenians are also claiming that the winner of the first edition of The Masked Singer Armenia, Erik Karapetyan, Sona Rubenyan and Ani Kristi could be in the run as well. Sadly, there’s no certain information about Armenia but it definitely could arrive later.