Α little while ago, the first semi-final of “X Factor Israel” was completed. X Factor is Israel’s method to choose its next representative for Eurovision Song Contest!

The six finalists of X Factor Israel are:

The six contestants were divided in three duels, the first to go on stage were Inbal Bibi and Shahar Edwi. The remaining four contestants, Michael Ben David, Anna Steffaniee, Eli Huli andSapir Saban competed against each other in two separate duels. The three winners of the first phase, went on stage again and two of them made it to the final.

The first two finalists of X Factor Israel, that will sing in the final on February 5 are: 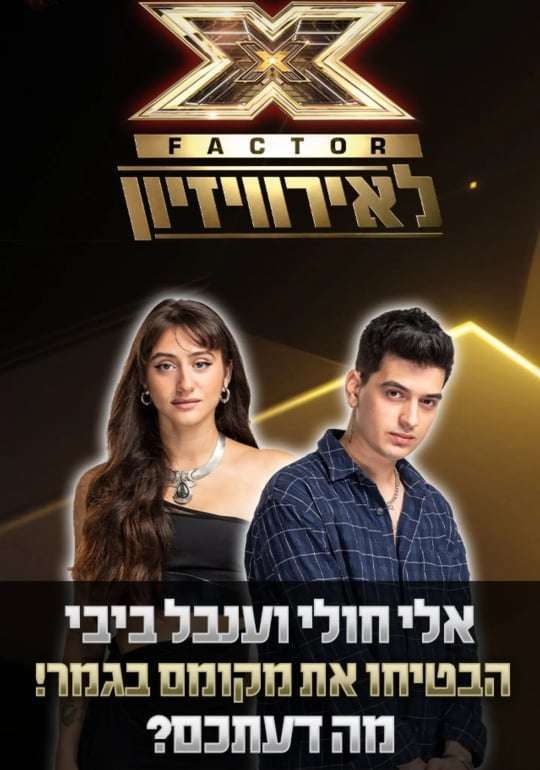 The second semi-final will take place on Thursday, January 27 on Channel 13, when we will learn the last two finalists of X Factor Israel.

About the final of the X Factor Israel:

The final will take place on February 5 with four finalists. The juries of this year’s X Factor are Netta Barzilai, Aviv Geffen, Margalit Tzan’ani, Ran Danker and Miri Mesika.

The juries will assign two songs to each of the four finalists of the Grand Final. At first, through the juries and the vote of the public, one song for each artist will be chosen.

The chosen song will be the one with which each artist claims Israel’s representation for Eurovision 2022. Subsequently, the public and the juries will decide upon the artist that will represent the country in Turin.

Stay tuned at Eurovisionfun, for all the latest developments regarding Israel’s entry for Eurovision 2022!