The final run of countries for today begins with Croatia. Mia Dimšić entered on stage on Sunday for her first rehearsal wearing a hot pink gown with flamenco ruffles. She was accompanied by three contemporary dancers who provided some lyrical storytelling with lots of movement. Croatia is considered one of the dark horses for qualifying to the Saturday’s Grand Final. Will she grab the attention with her second rehearsal?

Croatia is telling a romantic story through the staging. Except Mia there are 2 male dancers and 1 female. Croatia’s rehearsal begins with Mia having a dark blue lighting falling on her. The stage is dark and there are small dotted lights in the backround like stars. There are enough close shots on Mia. Then, the lights turns into white and Mia is visible. She gives some looks on the dancers and interacts with them. Mia takes some steps and looks at one male and one female dancer holding hands. She is having some more interactions with the male dancer. The bridge starts with a shot on the waterfall that ends up on Mia. The LED floor, as also the sun LED backround are also blue. In the final part of the song, the dancers run around her and the performance finishes with her becoming shadowed. Blue and pink are the key colours of the staging. The staging is atmospheric, romantic and Mia is vocally good. Overall, the staging is based on the interactions of Mia with the dancers.

At the end of the first run she complains about hearing problems.

In the bridge and the last chorus of the second run Mia sang the Croatian version. After the end of the second run she complains again about hearing problems. She confirms to the crew that she will sing the final part of the song in Croatian.

She also sings the final part of the song in Croatian in the third run.

Below you can watch an exclusive preview clip of Croatia’s second rehearsal: 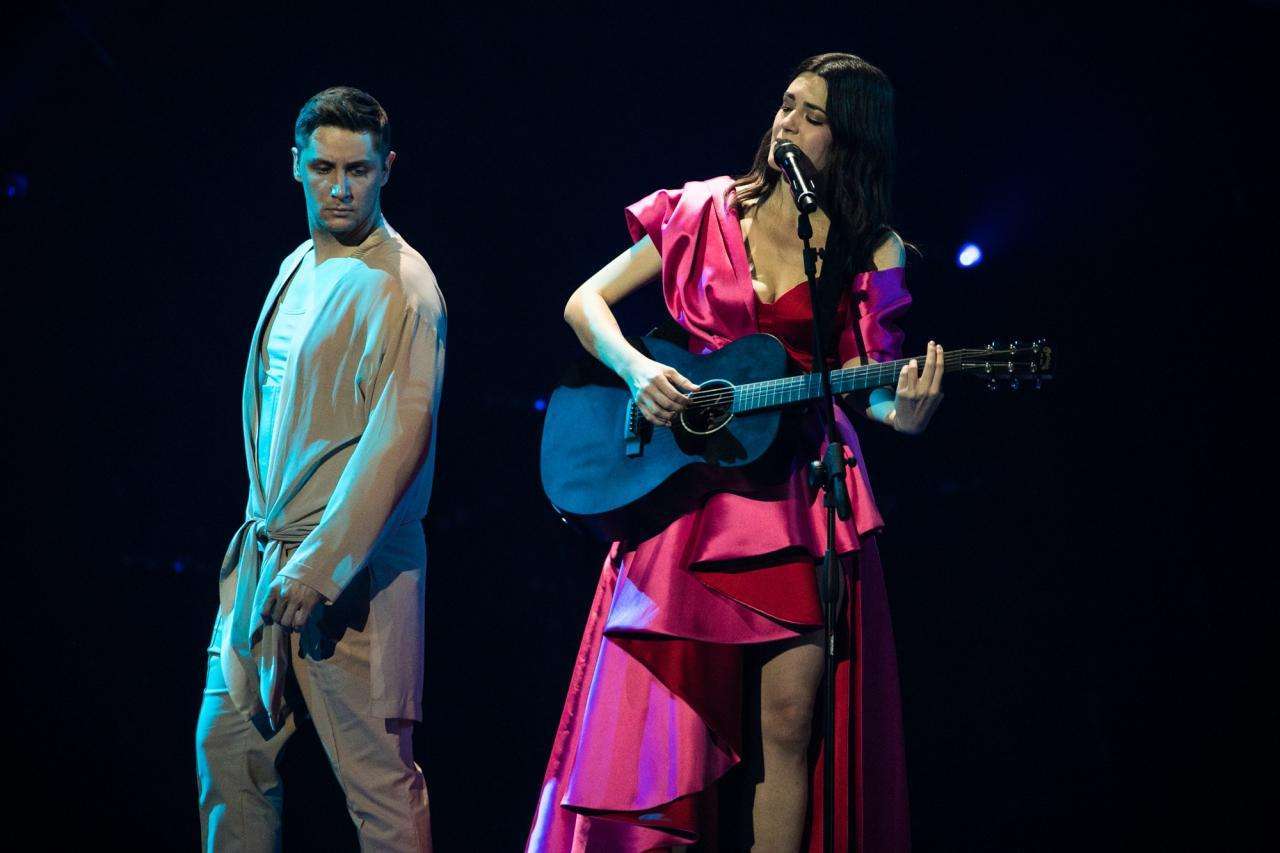 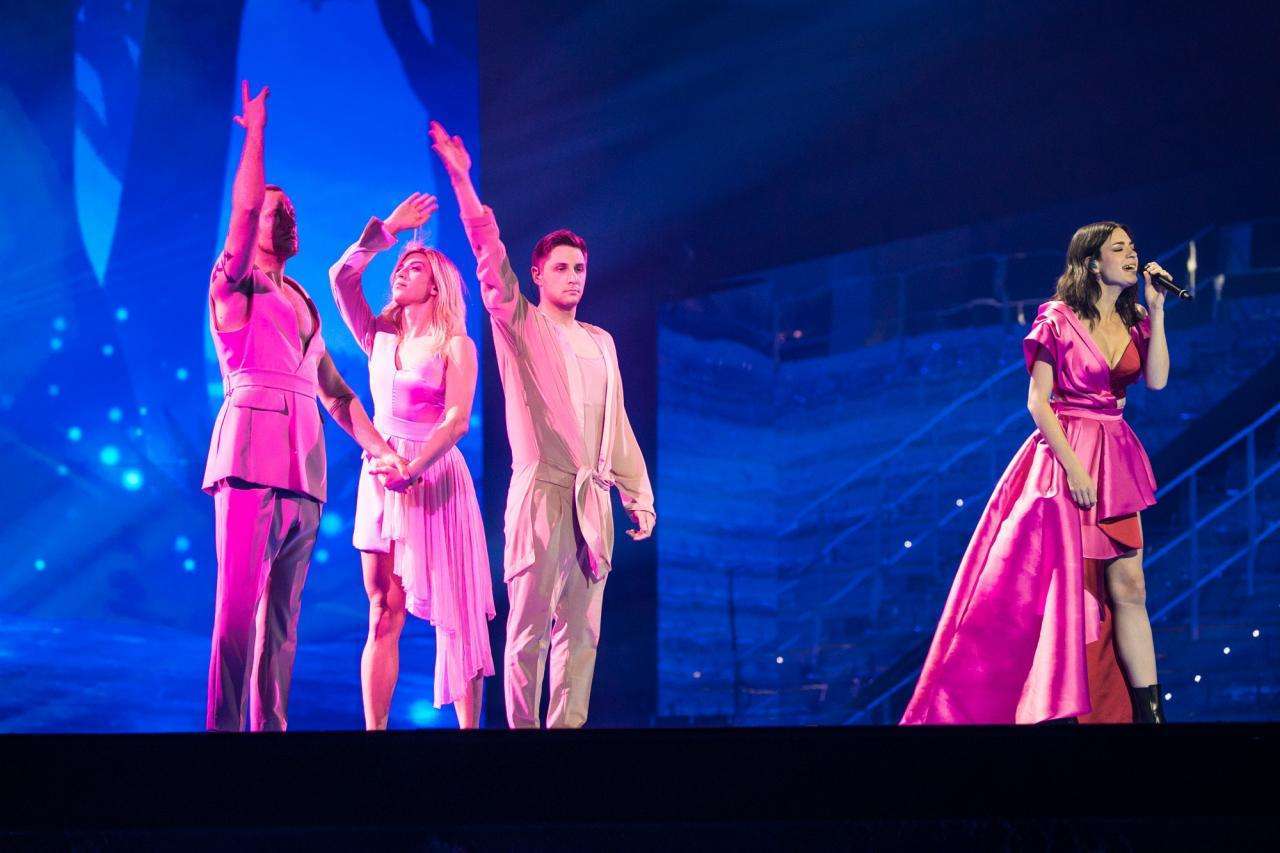