RIK saw a “record” of low viewing figures in Cyprus for this year’s Eurovision Song Contest, with the lowest numbers in over a decade.

The previous lowest percentage of viewers for a Eurovision Grand Final was recorded in 2013, with 125,000 viewers.

Andromache with the song Ela represented Cyprus in Eurovision 2022, failing to qualify to Saturday’s Grand Final and finishing in the 12th place in the second semifinal.

The last country to take the stage today for the first rehearsal is Cyprus, represented by Andromache and her song Ela.

Keen pop fans will know that Andromache’s star has been in ascendancy across Europe for the past few years.

Born in Germany, and raised in Greece, music has always been a huge part of this participant’s upbringing; her entire family were passionate performers when it came to singing and dancing.

But Andromache first rose to widespread attention when she competed in The Voice of Greece, signing to Panik Records shortly after.

Her single, Na ‘Soun Psema, became the artist’s big breakthrough hit across radio and streaming platforms, cementing her status as a pop star to watch.

Cyprus definitely have one of the biggest props of the day – a huge shell-shaped structure that accommodates both dancers AND graphic projections. We love a multi-function prop.

Andromache appears like Aphrodite from the waves, and brings some elegance and energy to the final rehearsal of the day – it’s a really good mid-tempo pop song, and we’re having a little dance in the Green Room.

@eurovision @Andromache_dim can’t wait to get on stage and we can see why! Incredible first rehearsal for Cyprus 🇨🇾 #EurovisionTikTok #Eurovision2022 #Eurovision ♬ original sound – Eurovision 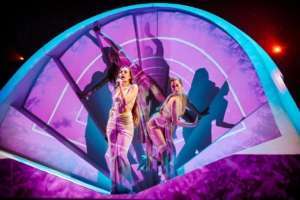 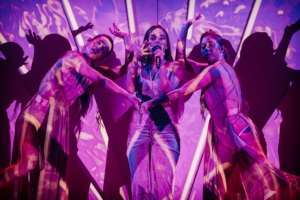 The second rehearsal of Cyprus will take place on Friday 6/5 and we will be able to have a better view of what Andromache will be presenting on stage.