Yesterday night, the grand final of the Festival da Canção 2020 was completed, with Portugal’s representative for the 65th Eurovision Contest in Rotterdam.

The presenters
The hosts of the evening were Filomena Cautela (one of the four Eurovision 2018 presenters) and Vasco Palmeirim.

Eight artists competed to represent the country in the Eurovision competition.

Each geographical area of Portugal had its own jury which rated the eight candidate songs. District committees determined 50% of the result while the remaining 50% were determined by the television audience.

Elisa was named the winner of the Festival da Canção 2020 after the set-off of the committee and audience scores. She will represent Portugal in the Eurovision competition with “Medo De Sentir”!

Listen to the studio version of the winning song below:

Tonight  the grand final of the Festival da Canção 2020, the process by which Portugal will choose to participate in the 65th Eurovision Contest will take place.

Unlike the semifinals that took place in the country’s capital, Lisbon, the final will take place in Elba. There, we will be welcomed by the hosts of the evening Filomena Cautela (one of the four Eurovision 2018 presenters) and Vasco Palmeirim.

Eight artists will contest the country’s representation at Eurovision.

How will the winner emerge?
The result will be determined by 50% by a special jury and the remaining 50% by the Portuguese public. The jury will not be the same as the semifinal round. Each geographical area of ​​Portugal will have its own committee which will announce its results at the end of the night.

Bárbara Tinoco will compete with the air of the victory favorite, as “Passe-Partout” is being discussed since the song’s release in January.

The grand final of Festival da Canção 2020 will take place at 22:00 CETY time  and you can watch it through the Portuguese Public Television website by clicking HERE.

An official announcement of the distribution of the 16 candidate artists and their songs to the two semifinals of the “Festival da Canção 2020” has taken place shortly before by the Portuguese public broadcaster RTP. 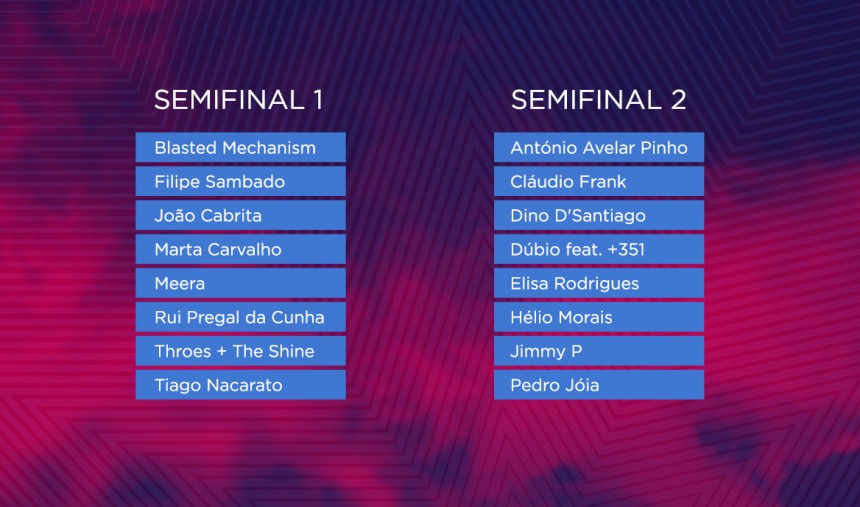 In 2019, Conan Osiris represented the country with the song “Telemoveis” which, although a favorite  of many fans, failed to qualify for the Grand Final, finishing 15th with 51 points.