Returning from the break and continuing the first rehearsals of Eurovision Song Contest 2022 is Slovenia and LPS  with the song “Disko”!

LPS (Last Pizza Slice) formed in December 2018 in the music room of the Grammar School Celje-Center. As well as the disco with which most new fans will now associate them, the group also dabble in soul-pop, funk, blues, rock and jazz. At the beginning of their career, they grew a dedicated fan base through their quirky, non-commercial interpretations of commercial hits.

We LOVE a giant on-stage disco ball! For scale, we’d say it’s roughly the size of two Fiat 500s stacked on top of one another. We’ll post a picture later so you can tell us on Twitter that we chose the wrong Italian car. LPS are looking fabulous in classic sixties tailoring. This song is pure joy, and these guys are delivering it with their effortless cool. We’re smiling and having a little bop. How could you not?

You can watch a small clip of Slovenia’s first rehearsal here: 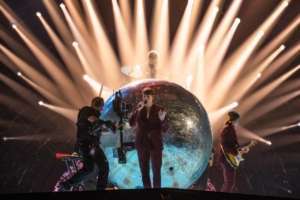 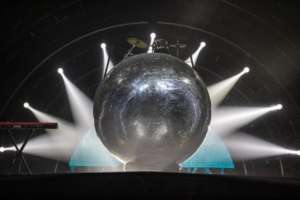 The second rehearsal of Slovenia will take place on Wednesday 4th May, so we will have a better idea of ​​what we will see from LPS on the stage.

EMA 2022, the slovenian national final for Eurovision 2022, continues today with the second semifinal, one week after the first one.

Twelve artists will take part in next Saturday’s grand final, with six of them already being known since last week. After the end of the second semifinal, the puzzle of the artists who will claim the representation of Slovenia in Eurovision 2022 will be “completed”.

EMA 2022 consists of two semifinals and one final. In each semifinal, eight artists and two artists from EMA FREŠ compete for qualification to the final. The public vote selects three of the finalists and the jury selects the other three. In the final, a five-member jury (50%) and the public (50%) will decide which of the 12 finalists will represent Slovenia in Turin.

Six artists qualified from the first semifinal of EMA 2022 and will be competing in the grand final on February 19th. These artists are:

Ten artists will be competing tonight in the second semifinal of EMA 2022, with six of them advancing to the grand final of the Slovenian national selection. Tonight’s contestants are:

The second semifinal of EMA 2022 will start at 20:20 CET and will last one and a half hour. You can watch it on the TV SLO 1 frequency by clicking HERE.

Slovenia continues searching for a representative for Eurovision 2022! The first semi-final of EMA 2022 was completed a few minutes ago, with six contestants advancing to the next stage of the grand final.

The artists who competed on the first semi-final were:

The puzzle of the participants of EMA 2022 will be completed today, with the grand final of EMA Freš.

Fourteen young artists will compete tonight for four tickets that will give them the opportunity to compete in February for Slovenia’s representation at Eurovision 2022.

The running order of the 14 artists is as follows:

The four semi-finalists will be chosen 50% by a jury and 50% by the Slovenian public. The jury will select the first two semi-finalists and the audience the other two who will complete the final composition of EMA 2022.

We remind you that EMA 2022 will consist of two semifinals and a final. In each semifinal, eight artists and two artists from EMA FREŠ will compete for qualification to the final of the Slovenian national selection. The public vote will select the three finalists and a jury will select three others. In the final, a five-member jury (50%) and the public (50%) will decide which of the 12 finalists will represent Slovenia in Turin.

The running order of the first semifinal:

The running order of the second semi-final:

The grand final of EMA Freš will be held at 20:00 CET and you can watch it by clicking HERE.

RTVSLO, the Slovenian national broadcaster, has released 30-seconds snippets of the competing entries in Semi-Final 2 of EMA 2022.

The competing entries are:

You can listen to the snippets here.

You can find the snippets of Semi Final 1, which were released yesterday, here.

Great updates are coming from Slovenia! Dates of EMA 2022, presenters and the running order of the Semi-finals announced on Wednesday. The hosts for EMA 2022 will be Melani Mekicar and Bojan Cvjetićanin. 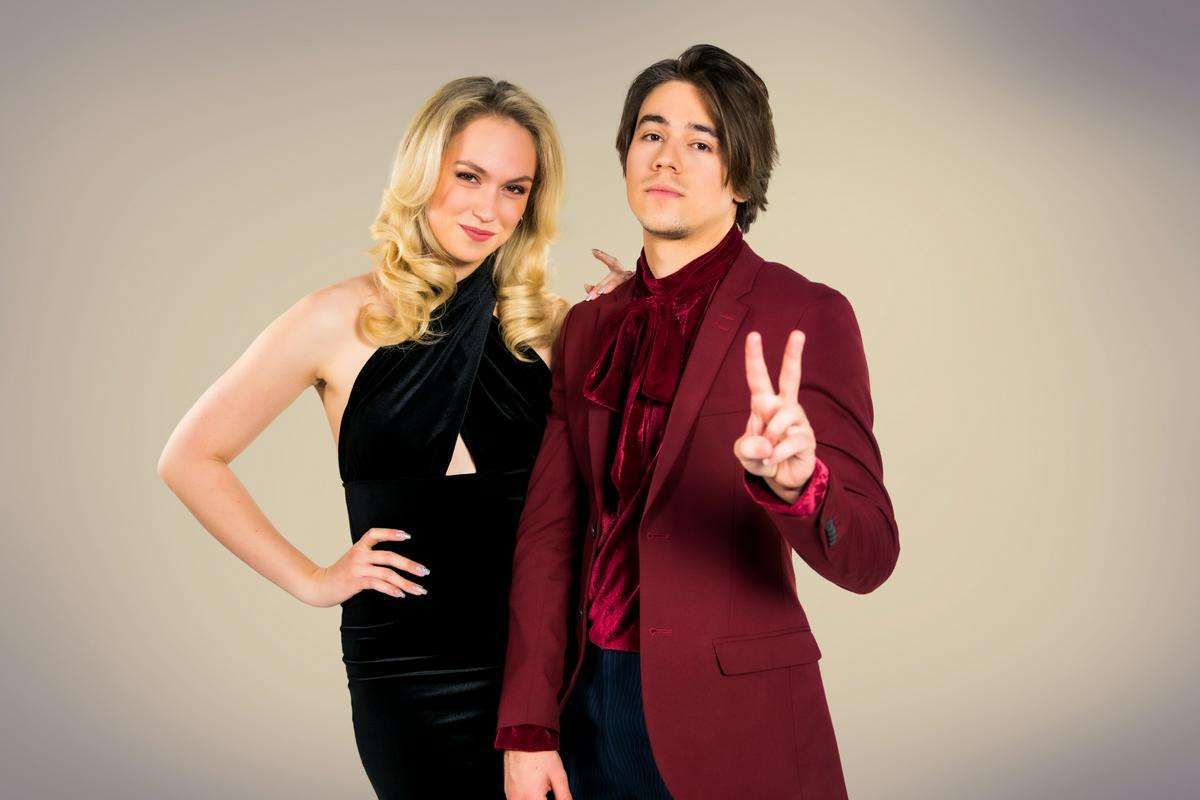 The Running Order of the 1st Semi-final:

The Running Order of the 2nd Semi-final: