New details have been revealed about the San Marino national selection for Eurovision.  The organizers have further revealed the dates for the national final.

The first major change is that some of the deadlines changed:

The application deadline has moved to January 27, 2023.

The second edition of Una Voce per San Marino will have five Semi Finals and a Grand Final.  However, the selection started with a number of casting rounds.  Two casting rounds took place between October and December 2022.  The last casting round is scheduled for January 27, 2023.   For the 2023 edition there was not a Established artist casting selection and no artist was invited directly to the final.  On the other hand, established artists could go directly in the semi-finals.

The five semi-finals will be held between 18-20 February, 2023.  Broadcaster SMRTV will broadcast the shows on delay.  For the Semi-Finals the contestants will sing a cover song and an unreleased song of their own.

The Grand Final will take place on February 25, 2023 at the Teatro Nuovo in Dogana.  Senhit (San Marino 2021, 2011) will host the final.  A panel of five jurors will chose the winner.  Two jurors from San Marino RTV, one from the Segreteria di Stato and two from the production company will make the jury vote.

After yesterday’s announcements on the changing of the voting system for Eurovision 2023, the Head of Delegation of San Marino, states that a new opportunity was born for the country.

The small country that is located inside Italy, has never managed to create a sufficient amount of televote calls, and that is because its telephone networks are connected to those of Italy. So during the televote sequense, it is not possible to distinguish the televotes from San Marino from those of Italy. In the end the result of the televote of San Marino is calculated by the a combination of the results of other countries with similar voting patterns.

After yesterday’s announcements, Alessandro Capicchioni, the Sammarenese Head of Delegation, stated that new online voting, is of great interest. This is what he said to San Marino RTV:

“It could be an opportunity to implement televoting also in San Marino using the new online systems instead of telephone calling.”

We remind you that San Marino will pick its representative through the national final “Una Voce per San Marino” for the second year in a row, which will take place in Teatro Titano right in the heart of the country.

The key dates are:

The previous winner of Una Voce per San Marino and San Marino’s representative in Eurovision 2022 was Achille Lauro with the song “Stripper“ but he didn’t mange to bring the country to the final for the third time in a row and the fourth time overall, ending up in 14th place of the second semi-final:

At a press conference in Rome, it was revealed that Senhit who represented San Marino in Eurovision 2011 and 2021 respectively, is going to be the host of the country’s national final Una Voce per San Marino 2023.

“Like everything new, we need to grow and we will do it, year after year. We will have to be lucky and also good – he added – to find a new, real talent to bring to Liverpool, the home of the Beatles”

In this conference, it was also revealed that two acts that have represented San Marino in past editions of the Eurovision Song Contest will perform, one of them being the winner of the first edition of Una Voce per San Marino and the country’s represntative in Eurovision 2022, Achille Lauro.

As we pointed out before, the country was represented last year by Italian-born Achille Lauro with “Stripper” who took 14th place in the second semi-final with only 50 points.

Will San Marino be able to progress to the Eurovision 2023 Grand Final that will take place in Liverpool?

Stay tuned to Eurovisionfun for all the details regarding Una Voce per San Marino 2023!

A little while ago, the first names of artists who will participate in the first round of auditions for Una Voce per San Marino 2023 were announced.

91 singers have been announced by the organizers as participants in the first round of casting on October 28, 29 and 30. Auditions for Una Voce per San Marino 2023 will be held at the Little Tony di Serravalle amphitheater.

Below you can see the complete list of candidates for the first casting round :

The country was represented last year by Italian-born Achille Lauro with “Stripper” who took 14th place in the second semi-final with only 50 points.

Stay tuned to Eurovisionfun, for all the updates about Eurovision 2023 in Liverpool!

San Marino’s national broadcaster San Marino RTV has revealed today through a press conference more information regarding Una Voce per San Marino 2023. As we have previously informed you, the established artists won’t be able to pre-qualify to the Grand Final.

Also, during the press conference it was revealed that Una Voce per San Marino 2023 has received over 300 applications so far. Last week, it was also revealed that artists from more than 17 countries have shown their interest for the contest.

The production team for Una Voce per San Marino is expecting more than 1000 applications until the end of the deadline, 700 more than last year.

Stay tuned to Eurovisionfun for all the news regarding San Marino’s participation for Eurovision Song Contest 2023!

Despite their non qualification this year, the public broadcaster of San Marino confirmed very early on that Una Voce per San Marino, the national final through which their participation in Eurovision 2022 was selected, will be repeated for the next contest. Today more information was given about the new edition of Una Voce per San Marino, while the dates of the show were also announced.

The dates and regulations

The process will remain almost the same as what happened at Una Voce per San Marino 2022. In other words, there will again be two categories, that of new artists, but also of established ones. The Academy and Casting process for the selection of the new artists who will compete in the final will take place from October 28, 2022 until January 27, 2023.

60 artists will be selected after the completion of the castings, to move on to the second phase of the process. Five semi-finals will follow (one only for artists of San Marino origin and one second-chance semi-final), from which those who will compete on February 23rd in the final of Una Voce per San Marino, which will take place at the Teatro Nuovo Dogana . The semi-finals will be televised, but the final will be televised live.

Unlike the previous year, established artists will not have the privilege of being directly in the final. Those of them who accept the invitation of the production company to participate in Una Voce per San Marino 2023 will simply avoid the first stage of the Academy and Casting. In other words, they will have to compete normally in the semi-finals and claim, with the new artists, their qualification to the final. Nevertheless, the production company reserves the right, if it deems that an artist is of particular importance, to give him the possibility to compete directly in the grand final, as an exception.

The winner will be selected by a five-member jury. Two judges will be from the country’s public television, two judges from the production company and one judge – a representative of the state government. 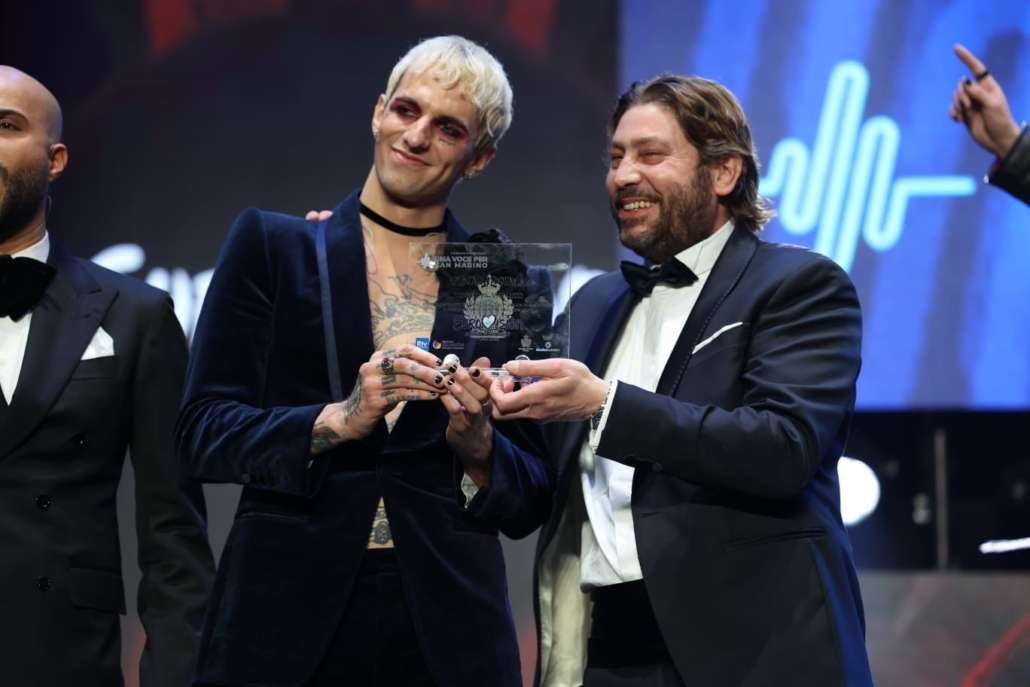 Submission of entries has begun

The submission of entries has already started and will last until January 20:

Una Voce per San Marino 2023 is open to citizens of the whole world, regardless of country of residence and nationality.

You can read the full regulations of Una Voce per San Marino 2023 here.

San Marino was represented at Eurovision 2022 by Achille Lauro, first winning Una Voce per San Marino 2o22 with the song Stripper. In the second semi-final where he competed, he took 14th place, without being able to qualify for the grand final.