A few days ago, Armenian Public Television announced its return to the concept it used in 2018 to select the song and artist to represent it in Rotterdam in May, namely through “Depi Evratesil”!

One potential participant seems to be Emmy Bejanyan. Emmy represented Armenia in Dusseldorf in 2011 with the song “Boom Boom”, succeeding Armenia’s first blockade of the Final.

Now, in a series of  posts on  her Instagram account, she asks her fans if they want her back at the Eurovision Contest, with most saying yes to this venture. 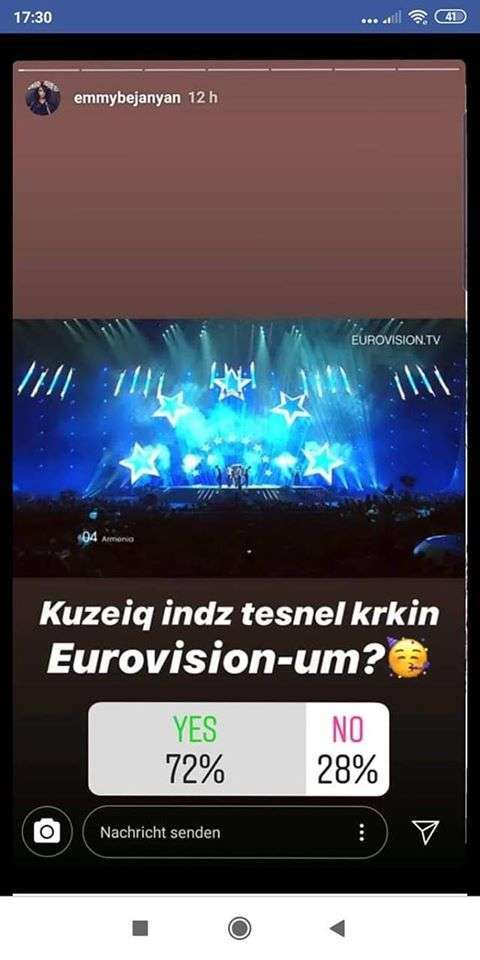 Depi Evratesil will take place in 2018’s format. This means that contestants will be participating with

original songs and will not be in a talent show style, which was held in 2017.

Interested creators and performers can submit their entries by December 31st, via the official website of Depi Evratesil.

Armenian public broadcaster is returning to the concept used in 2018 to select the entry and artist to represent it in May in Rotterdam. Armenia ‘s participation in Eurovision 2020 will be selected as announced recently, via Depi Evratesil!

Depi Evratesil will take place based on 2018 format. This means that contestants will be participating with original songs and will not be in the talent show style, which was held in 2017.

Interested creators and performers can submit their entries by December 31st, via the official website of Depi Evratesil.

More information will be announced at a later date.