Finally, the negative criticism of the new version of “Kemama” made him make some changes and today announce the final version of the song, as it will compete at Eurovision 2020.

Benny Cristo via social media had stated that he was taking the comments he received very seriously and that he and his team were examining what went wrong.

You can listen to the final version of Kemama below:

Just yesterday (10/3) Benny Cristo, this year’s Czech representative at the contest, released the version he was going to compete in at Eurovision 2020. But the negative comments he received seemed to cast doubt on whether he should really compete with the revamp or keep the original version.

“I have to find out if it is really wrong or if the negative comments come from the adjustment an ear has to go through, which is used to the old version. to see if something went wrong”.

(Benny Cristo for the revamp of Kemam)

Listen to the older version:

The final version of “Kemama”, the song by which Benny Cristo will represent the Czech Republic at the 65th Eurovision Song Contest, was released recently.

Immediately following his victory in the country’s national final for Eurovision 2020, Benny Cristo had revealed he would revamp his participation. You can listen to it below:

In a recent statement, Czech Public Television (ČT) announced once again changes to its selection for Eurovision 2020.

Specifically, the number of artists, for the online form of the competition that will bring the Czech representative to Rotterdam, has been reduced from eight to seven.

ČT has not announced the reason for the withdrawal of the eighth entry, but it is suspected that it is due to the fact that the live national final has been converted to an internet one, as in the last two years.

The dates for the Eurovision Song CZ 2020 online national final are: 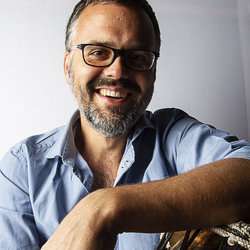