Around the world today, news reports from major news agencies (Independent, BBC, The Guardian, etc.) indicate that the real reason for Hungary’s withdrawal from the contest is its excessive gay element, according to the country’s government.

Turn to traditional values ​​for Hungary

Orban’s xenophobic government has already announced that its main priority is to support the traditional family, with the aim of increasing birth rates. At the beginning of the year an impression was made by a speech by a member of the ruling party, describing adoption by same-sex couples as pedophilia.

Although no official explanation has yet been given for the country’s withdrawal from Eurovision 2020, there are few who argue that it was because of the overbearing Orban government. Indeed, a channel journalist familiar to government said a few days ago that Hungary’s abstention from the competition would contribute to the nation’s mental health!

The government denies the charges

But the sheer scale of the issue prompted both the prime minister’s spokesman for foreign policy and Hungary’s public broadcaster to take an official position and deny the reports.

Zoltan Kovacs, a spokesman for the prime minister for foreign policy, described the reports as fake news, and made it clear that no member of the government has ever described the Eurovision song contest as described in: 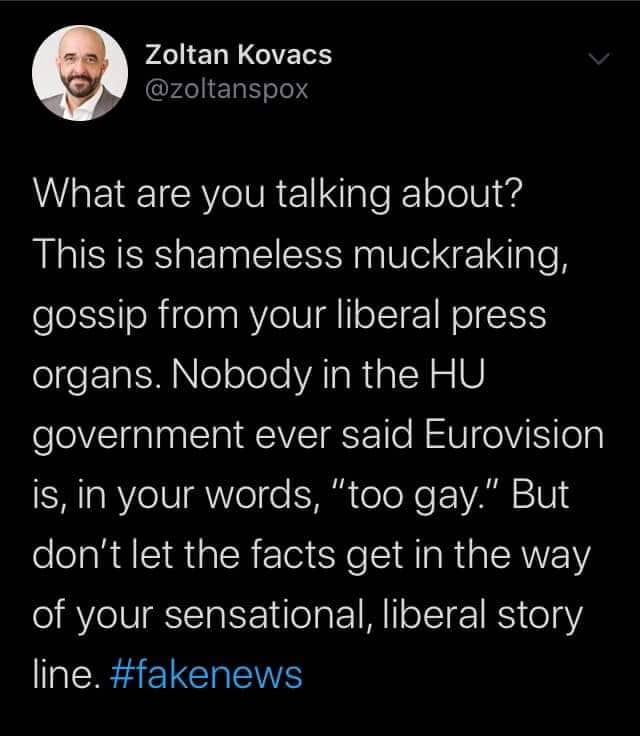 Shortly afterwards the Hungarian public television itself accused the media of reproducing these inexpressible news for them and once again stressed that the reason Hungary decided to abstain from Eurovision 2020 is that it preferred to support the emerging talents from A Dal (the music contest he used as a national choice for Eurovision) and to allocate the expenses it would have incurred for the purpose to this. 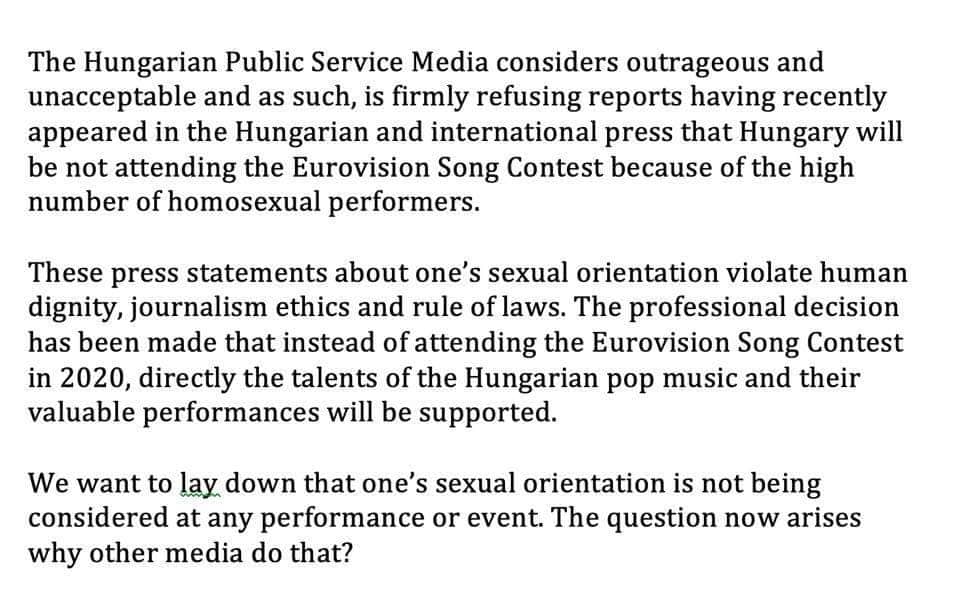 This is the fourth time Hungary has withdrawn from the Eurovision competition. The first time was in 1999, for six years. It returned in 2005, abstained in 2006 in Athens and returned the following year. Its last absence was in 2010, when for financial reasons the country preferred to stay away.

The best place in the history of the competition is the 4th, when in 1994, it was represented by Friderika Bayer and the song “Kinek mondjam el vétkeimet ;”.