The general rehearsal of the Third Melodifestivalen 2022 Semi-Final has just started. We are happy to be watching it live, at the SVT online press centre. We will be covering this rehearsal, describing in detail what is happening during the show, for you to follow the entire process.

This article is being updated in real-time, all you need to do is hit the refresh button on your browser and all the rest is on us!

We will keep you up to date with all the latest information and images off this semi-final rehearsal, allowing you to get a glimpse of what you will get to see tomorrow February 12, at 20:00 CET, when you watch the actual semi-final show on SVT and SVT Play.

Oscar is at the arena and everything is ready to begin! It’s time to face the music! Johanna Nordström, famous Swedish influencer and stand-up comedian, joins him on stage as a co-host.

First up on stage, Cazzi Opeia, in her debut performance ever in Melodifestivalen, with her song “I Can’t Get Enough“. This act is literally the rainbow itself! Lots of colours, in the outfits, in the lighting, in the LED backdrop. Cazzi somewhat eccentric but the whole package is something that sounds really nice and familiar. She is accompanied by four dancers, her vocals are nice, the song is upbeat, fun and it kinda makes you happy even if you’re moody or on your blues, makes all the clouds go away, even from the LED screen behind her! Possible qualifier, at least she’s getting a second chance on the 5th semi! 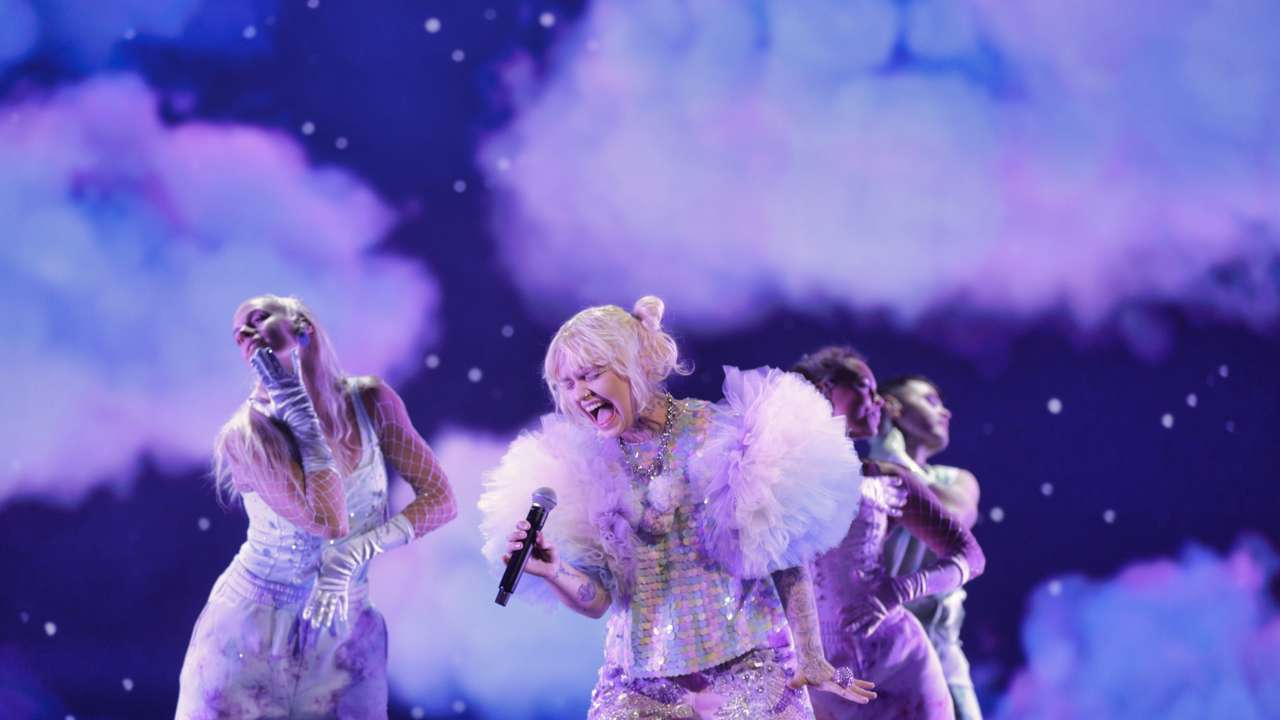 Coming up next, Lancelot, with the song “Lyckigt Slut“. When you hear of this name, you most probably think we’re talking about one of the greatest knights of all time. Well he is nothing like that, he’s a modern and youthful guy. His vocals are good, could be better, maybe he will improve in the actual show tomorrow night. The whole package, staging, song genre, reminds me of one of the Second Semi-Final contenders, Samira Manners, who sadly got disqualified, but male and with a song in full Swedish. The staging is simple, him making minimal moves and a group playing with their instruments in the background. Yellow backlight. Overall a nice and pleasant act, maybe he qualifies.

Next up on stage, Lisa Miskovsky. For some seconds I had that instantaneous thought. That if you click the Mute button on the remote control, “The Best of Both Worlds” will certainly play deep in your ears and your mind (the theme song of Hannah Montana a.k.a Miley Cyrus). Maybe the vibes of the whole staging reminds me of Hannah Montana (we don’t get Miley Cyrus eyes in the package). But that’s only in terms of looks, otherwise, the song is called “Best To Come“. Setting the looks aside, her vocals are fair, but nothing special. The song is a nice mid-tempo pop song. There’s one backing vocalist, dancers and someone playing the drums on stage. The LED screen shows a subway scene, the whole staging looks a bit nostalgic. But that’s not enough to make her qualify.

Now we’ve got Tribe Friday with us up on stage. Punk rock song, maybe a bit of British rock too. They’re eccentric, but the staging is well implemented, their vocals are nice, nice televised show, they appear in boxes on your TV set. TV sets (old school) and tower speakers painted purple in the background, totally matching the colours of the staging. The energy they ooze is high and crazy and nice, however, would that be enough for them to qualify? Let’s see what happens in the actual show tomorrow night!

Fifth on stage, it is Faith Kakembo. We’ve also seen her compete again back in 2020 with the song “Crying Rivers” but she was disqualified back then. Her song, “Freedom” is a ballad, that ideally would show the power of Faith’s vocals in their entirety. I must have to admit that I am a bit let down, her vocals are not bad, they’re good, but they’re not perfect, as we’re used to, when we listen to her singing. Maybe she is a bit stressed out? Maybe she encounters sound technical issues? She doesn’t feel comfortable and confident on stage at this run. At first, she is all alone on stage, with nice lightworks and beautiful colours on the LED screen behind her, that go on throughout her peformance. Even after six backing vocalists join her on stage, making the song sound a bit more gospel. Well let’s hope that she qualifies this time, not sure about this though. 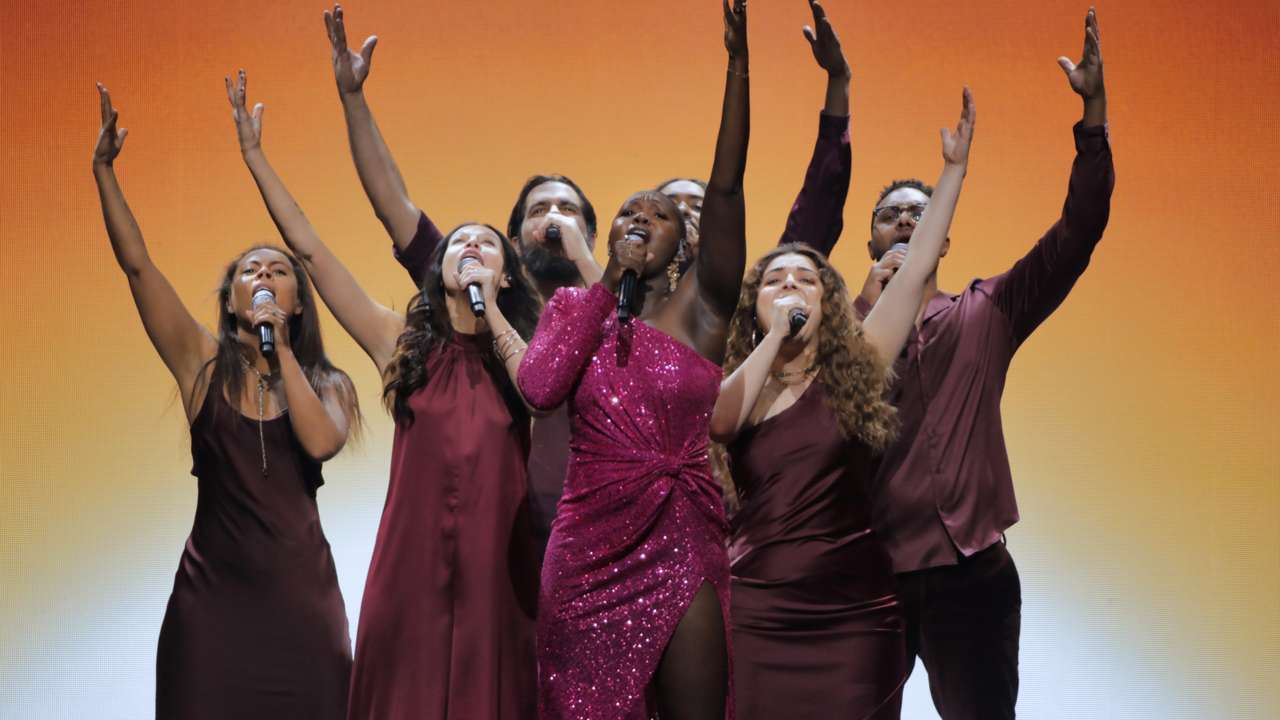 Now it’s Linda Bengtzing and who doesn’t know her? She’s run in the hopes of representing Sweden seven times already at Melodifestivalen since 2005 and this year it is her eighth! “Fyrfaldigt hurra!” is a high-energy uptempo and she starts off lying on her big orange tutu dress. She is accompanied by four dancers on stage and she also hits all the notes correctly, no intonation at all, even though she has a choreography. The mood is pretty much a party going on, on stage! Hence, the fireworks in the LED screen in the background! The song can make you feel good, even on a rainy day, but that doesn’t mean that it is an easy task for Linda to qualify to the finals!

Last but not least, Anders Bagge. His first participation in Melodifestivalen as a singer, with a feel-good song called “Bigger Than The Universe“. He is undeniably a favourite to win the first voting round, he is a massive star in his country (Idol judge and also participated at Masked Singer). So even if he had a bad song, he would definitely qualify. But I have to admit that the song is strong, speaks directly to your soul and your heart. His vocals in this run are not so stable, he’s still doing good. On the LED screen in the background we see various landscape videos. The staging is very minimal, just nature videos and all by himself on stage pulling high notes back to back. The song has a peak. The song actually is THE peak! Definite direct qualifier! 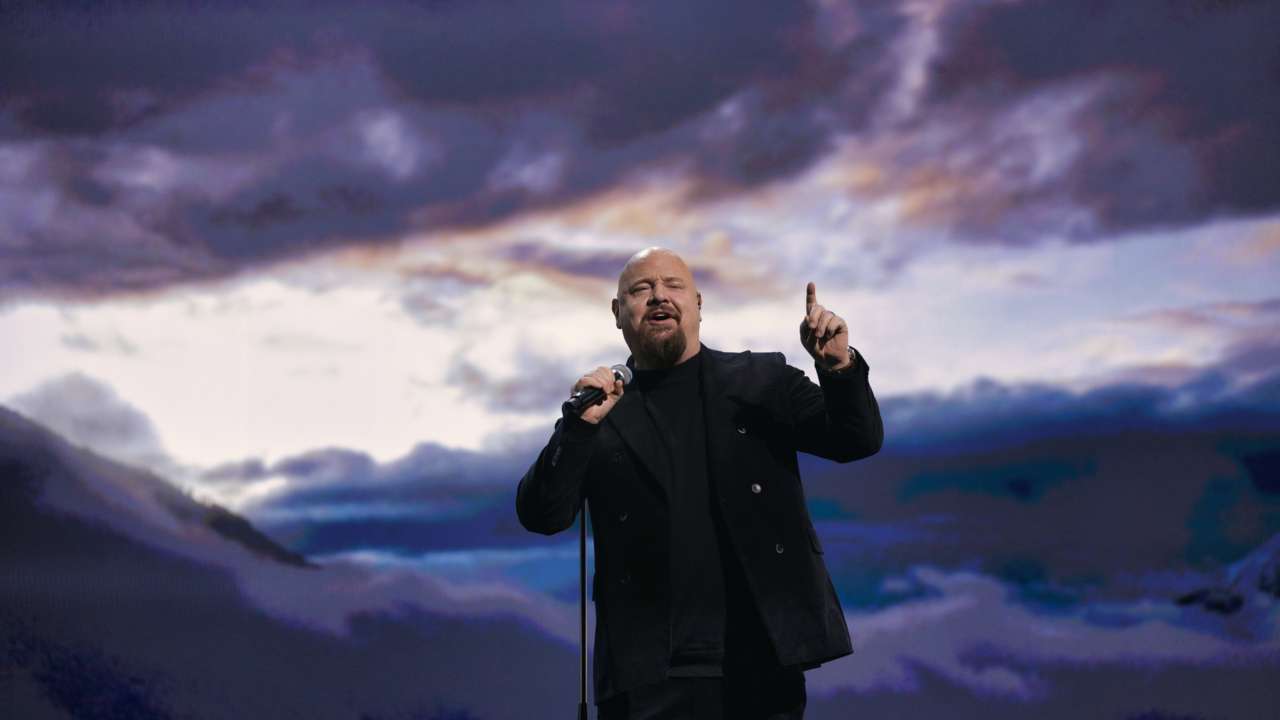 We remind you that all the results that will be announced in this general rehearsal are virtual, so as to emulate the whole televised show.

Now it’s the time that the winner of the first voting round will be announced! Oscar keeps us thrilled, typical voting music theme plays at the background!

The first virtual direct qualifier, determined by the first voting round is Linda Bengtzing with the song “Fyrfaldigt hurra!”!

The rest of the six artists move on to the second voting round. Following the announcement, we’ve got a second recap of all the six remaining songs.

The viewers will get five votes in total, once more in order to vote for their favourite artists. At the second voting round, the votes received during the first voting round also count against the total of votes received. Within this voting round, SVT displays the distribution of the votes within the different viewer age-bands, which practically keeps the viewers engaged throughout the show and up until the final results are announced.

Now it is the time Oscar announces the second voting results per viewing age-band.

Virtual winner of the age-band 3-9 years old is: Lisa Miskovsky  – “Best to Come”

Virtual winner of the age-band 60-74 years old is: Anders Bagge – “Bigger Than The Universe”

Virtual winner of the televoting is: Anders Bagge – “Bigger Than The Universe”

My prediction is that we will get to see Anders Bagge for sure in the finals. Second direct qualifier could be Cazzi Opeia! Of course both two of my personal favourites!

As for the artists that I think that they will get a second chance at the Fifth Semi-Final, these are Lancelot (another one of my personal favourites) and Faith Kakembo, or maybe Linda Bengtzing.

Let’s see what is going to happen, tomorrow 20:00 CET we will get to watch the actual semi final live, on SVT or SVT Play and of course EurovisionFun, where you will have the chance to be informed about the results, as soon as they are announced on TV!

Which two of today’s competing artists do you think will be the direct qualifiers to the finals, on the 12th of March? 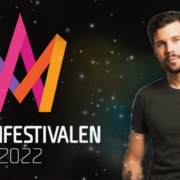 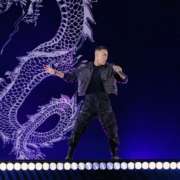 Sweden: Watch clips from the first rehearsals of the second Melodifestivalen 2022 semi-final! 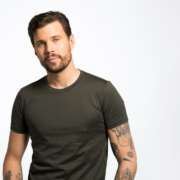 Sweden: The lyrics of the songs competing at the first semi-final of Melodifestivalen 2022! 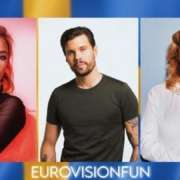 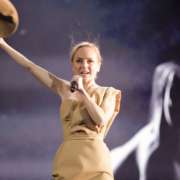 Sweden: Klara Hammarström and MEDINA are the two direct finalists of the Fourth Semi-Final of Melodifestivalen 2022!
0 replies