Montenegro returns to Eurovision after two years of absence, since 2020. The country chose their representative for Eurovision 2022 internally and they picked Vladana Vučinić to sing for them in Turin!

The singer will represent Montenegro with the song “Breathe”!

The song will be a dynamic ballad with a clear message, dedicated to Vladana’s mother. As Vladana said, the song is emotional, dynamic and melancholic.

The creator’s team includes Vladana herself as well as the well known songwriter Darko Dimitrov with many successful songs in the contest.

Who is Vladana Vučinić?

Vladana was born in 1986 in Podgorica, Montenegro. Vladana showed interest in music at an early age as her grandfather, Boris Nizamovski was the Head of the Association of Stage Artists of North Macedonia and manager of the Macedonian ensemble Magnifico. Vladana has a primary and secondary education in music, focusing on music theory and opera singing. She graduated with a degree in journalism from the Montenegro’s State Faculty of Political Science.

We remind you that Montenegro will perform in the second semi-final and specifically the second half (number 9-18).

Do you agree with Finland’s choice of representative for Turin? What do you think about Vladana’s song. Tell us in the comments!

As it was announced yesterday by the Montenegrin public television, RTCG, Vladana Vučinić will represent Montenegro at the Eurovision Song Contest 2022. She revealed in an Instagram story that the famous Balkan songwriter Darko Dimitrov is the composer of her entry. 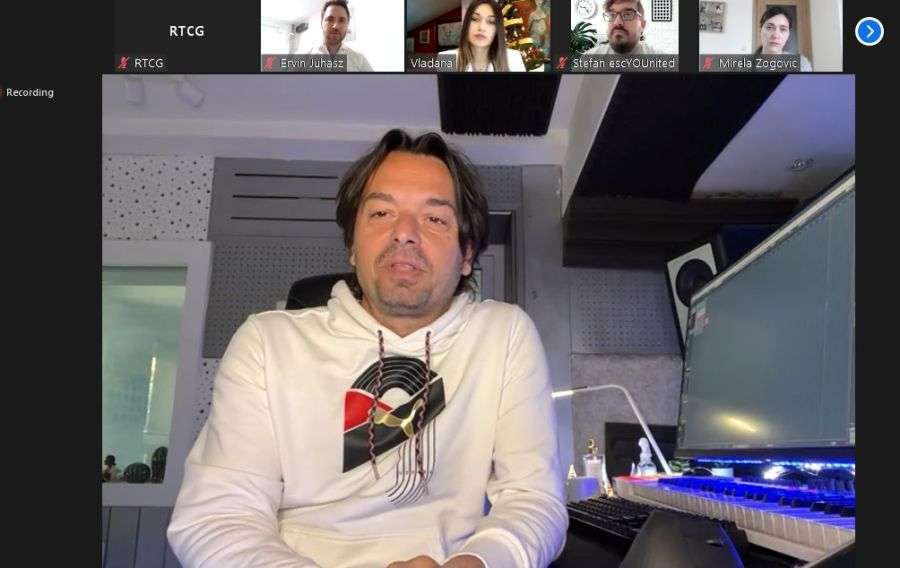 This morning it was also publicly announced during the press conference held by RTCG that the song’s title is “Breathe“. The entry is entirely in English and is a dynamic ballad with a clear message, dedicated to Vladana’s mother, who passed away a few months ago. Her song will also have a ‘cinematic piano moment’.

The song is expected to premiere at the end of February and there is also an intention to release the Italian version of the song. She also described her song as emotional, strong and melancholy, while revealing that she will be alone on the Eurovision stage in Turin.

The budget for the participation in Turin will be relatively smaller than in previous years. She also announced at the RTCG conference that the country paid 28.000 euros for its participation, the lowest of all participating countries.

Some hours ago, Montenegro’s public broadcaster (RTCG) announced Vladana Vučinić as the coyntry’s representaive, in their return in the 2022 Contest. Vladana herself revealed on Instagram that the famous producer Darko Dimitrov is involed in the making of the song.

I can officially announce that this year I will have the honour to represent my country- Montenegro in the Eurovision Song Contest, which will take place in Turin (Italy)

The recent tragedy in my family crashed me… The song is about an undescribible miracle that just ”flew” from within me and I can freely say that it is nothing but my broken heart in bits and peices, transformed into music and lyrics.

This is everything I can reveal for now… and one thing I know for sure is that this song will live in peoples’ hearts, and I hope it has a significantg influence on them, all over the world, in those difficult times for everyone.

Special thanks to the co-writer and producer, Darko Dimitrov, who made the song sound dynamic, like he only can.

Some information on Darko Dimitrov:

Darko Dimitrov is a producer and a composer from North Macedonia, born in the 21st of January in 1973. He is well-known for his Yugoslavic pop music all over the Balkans and the world. Some of his Eurovision entries include:

Montenegro is the thrird ex-yugoslav country that Darko Dimitrov represents, and the fourth overall (counting Albania’s entry in the 2020 cancelled edition of the contest).

We are yet to know of the exact release date of Vladana’s song for Eurovision 2022.