The Irish national final of, Eurosong 2022, at tonight’s Eurovision Late Late Show Special was broadcast by RTÉ and has just been completed, with Ireland selecting Brooke Scullion and “That’s Rich” as their winning act and therefore their representative at Eurovision 2022 in Turin.

Seven years later than the last time that the Irish entry was selected by a national final, the Irish viewers got the chance to vote their favourite Irish hopeful, that they wished their country got represented by.

Ryan Tubridy was the host of  tonight’s “The Late Late Show Eurosong 2022 Special”, also Marty Whelan was the co-host covering what was going on backstage. Panti Bliss also appeared briefly at the beginning of the show. 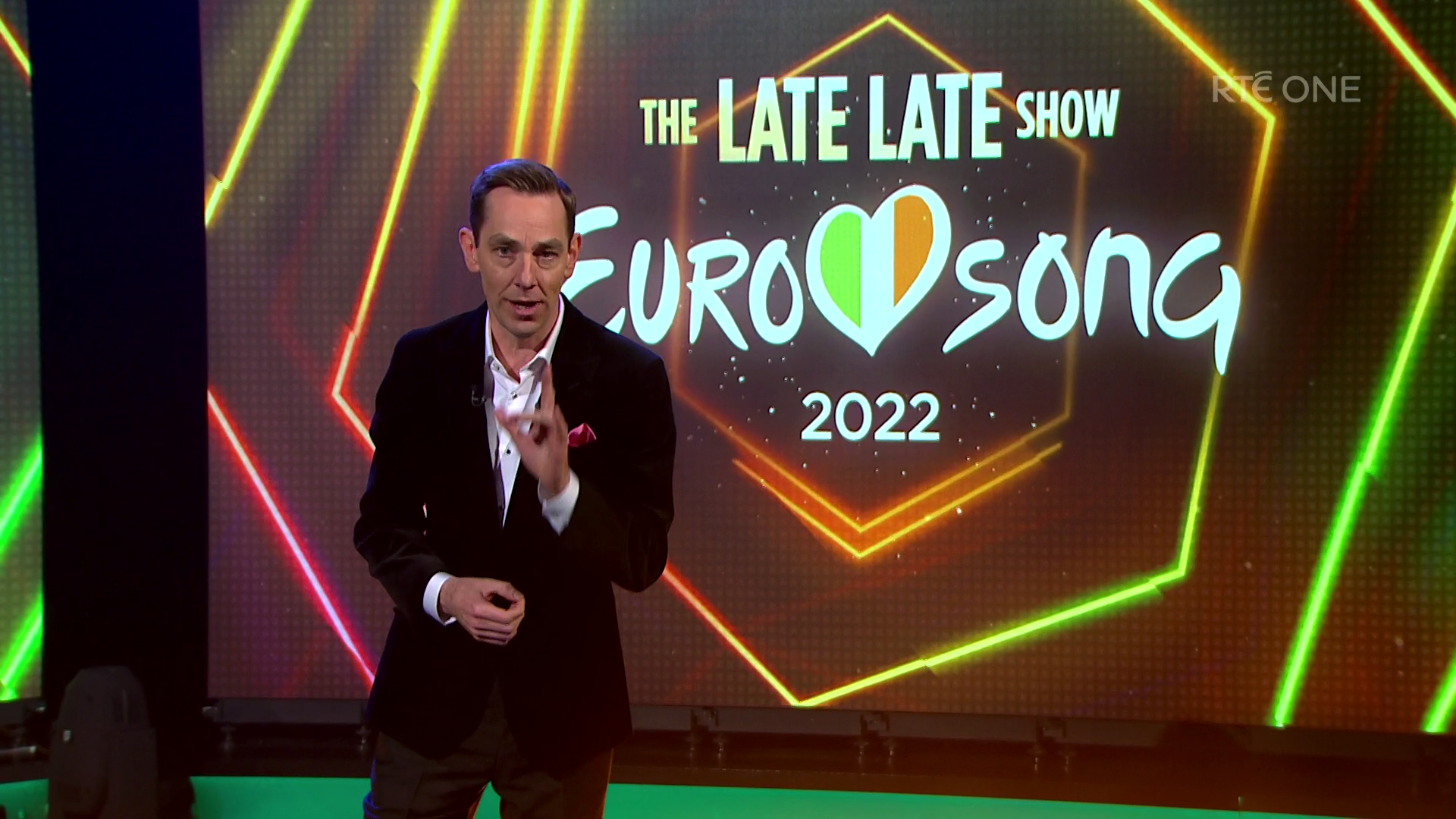 A total of six finalists, which had been selected among 320 submissions, competed in the national final, in the hopes of representing the country in Turin.

The performances of the finalists

The six contestants of the national final, appeared in the following order: 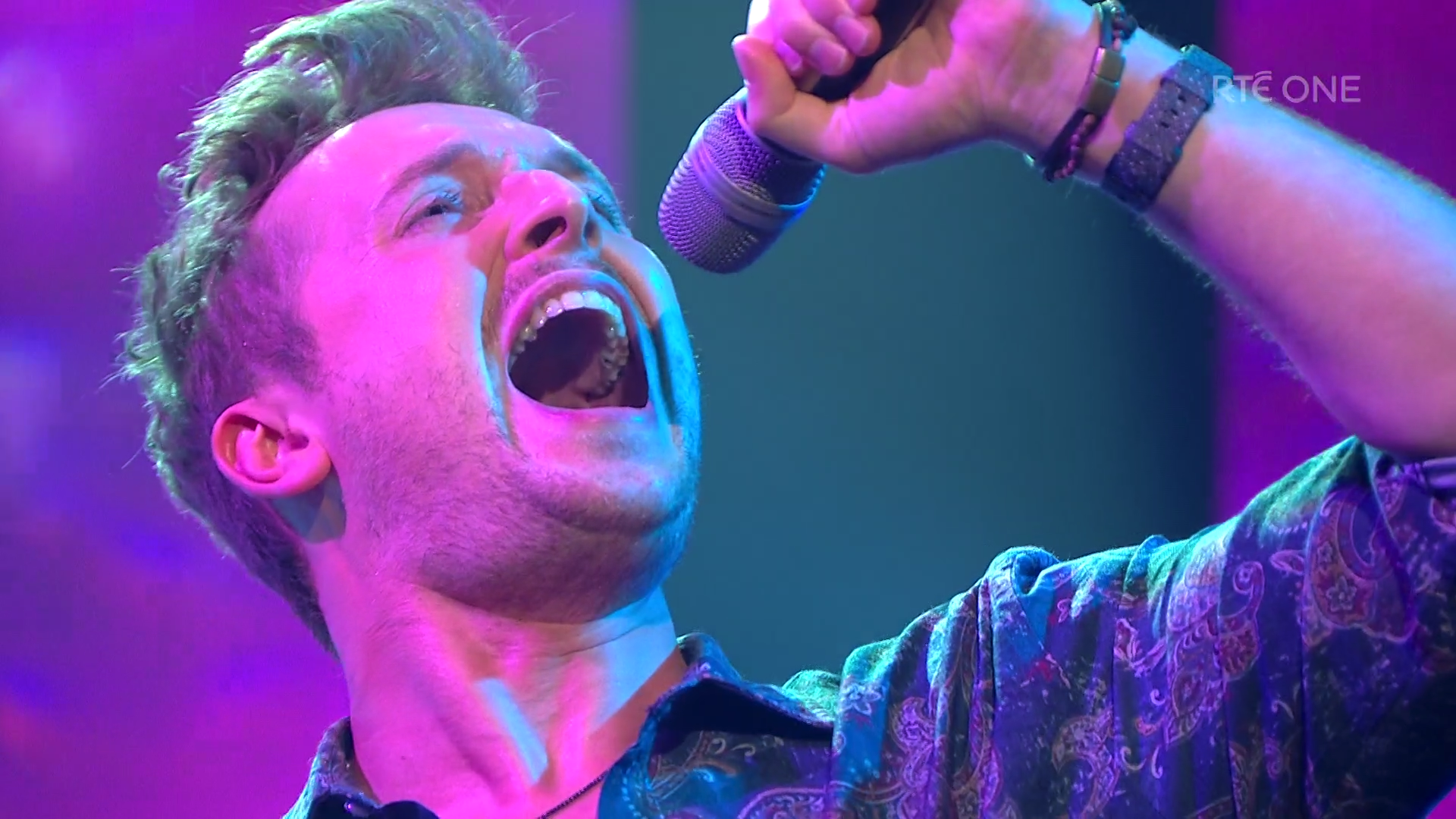 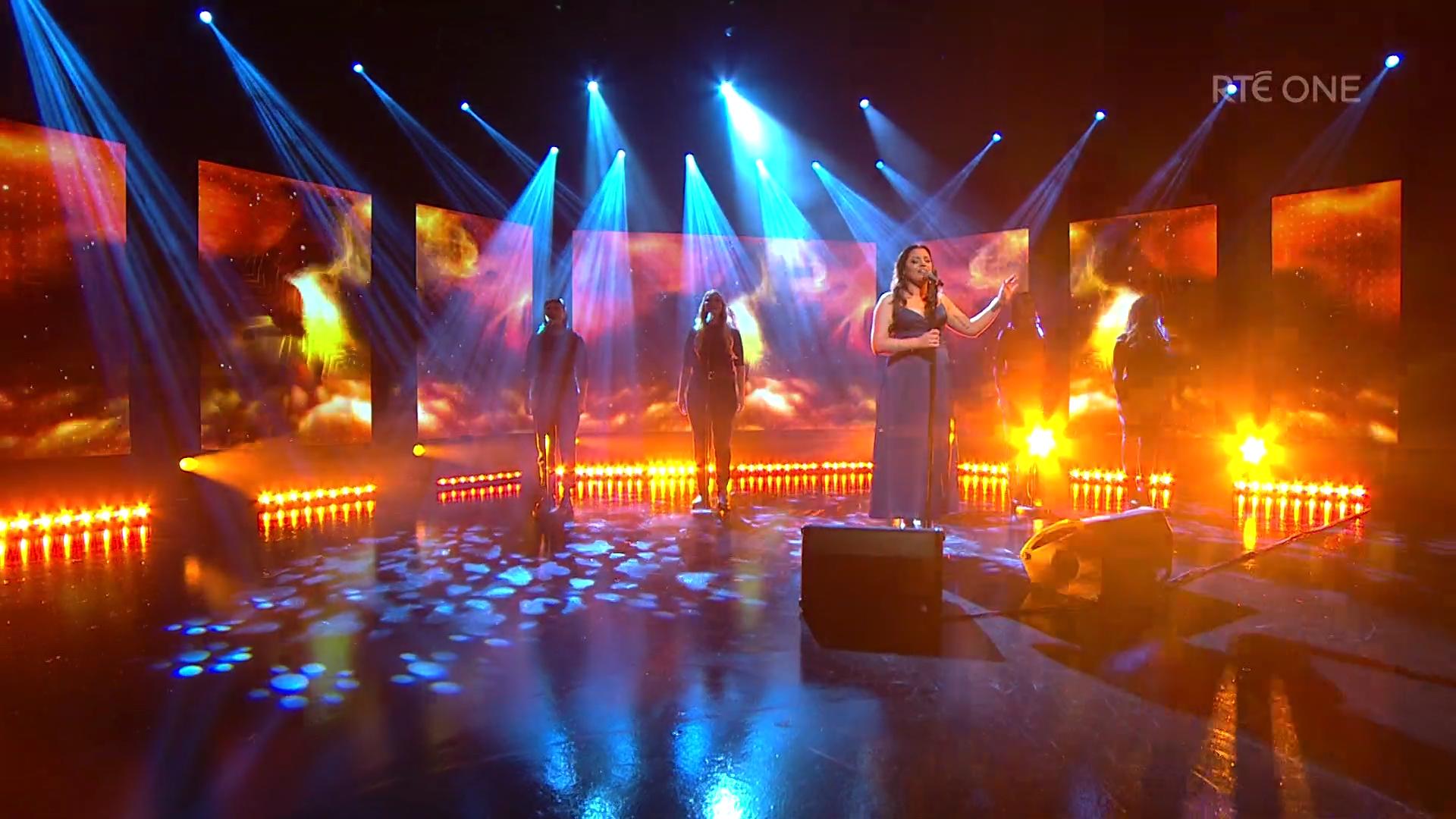 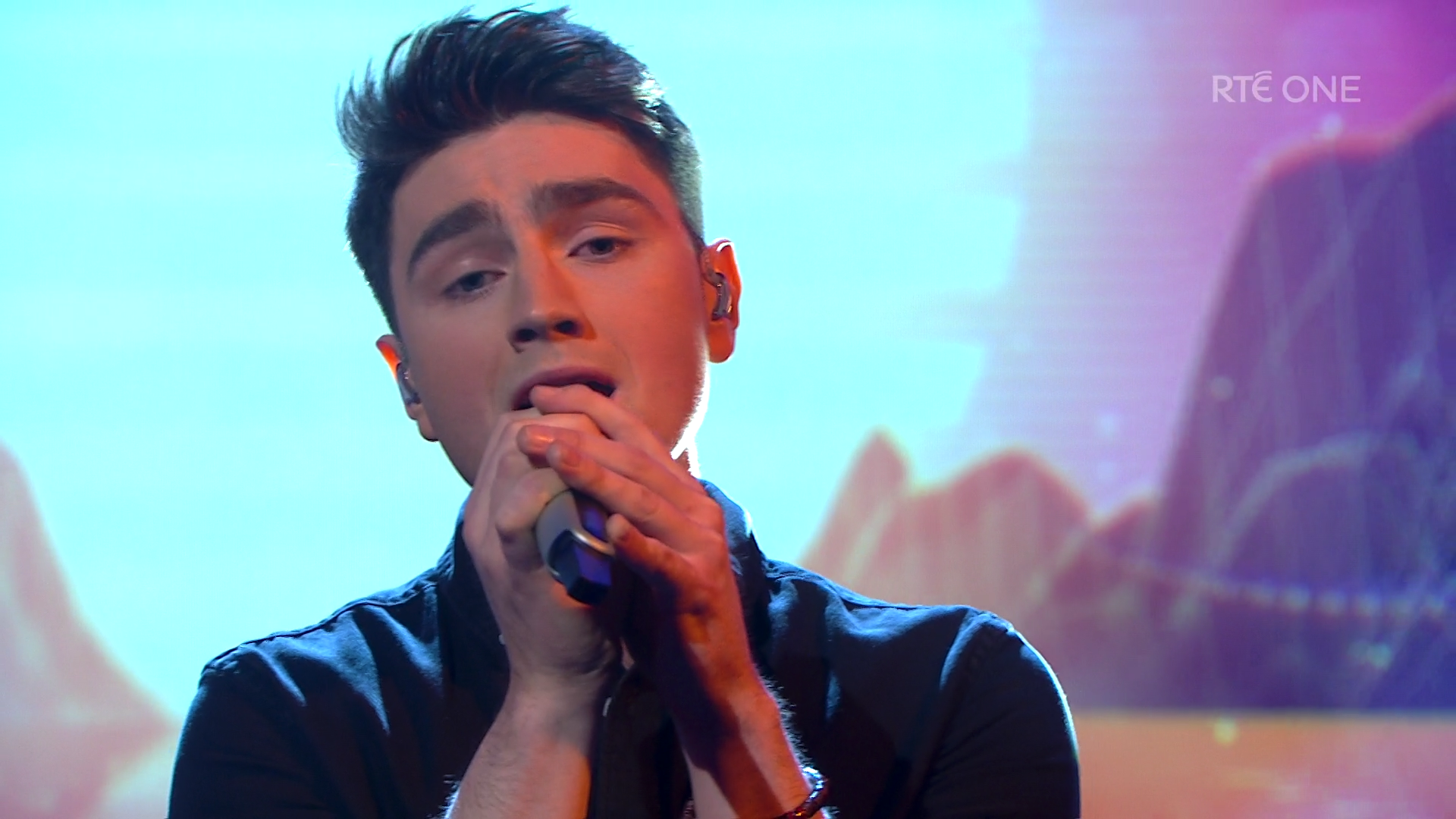 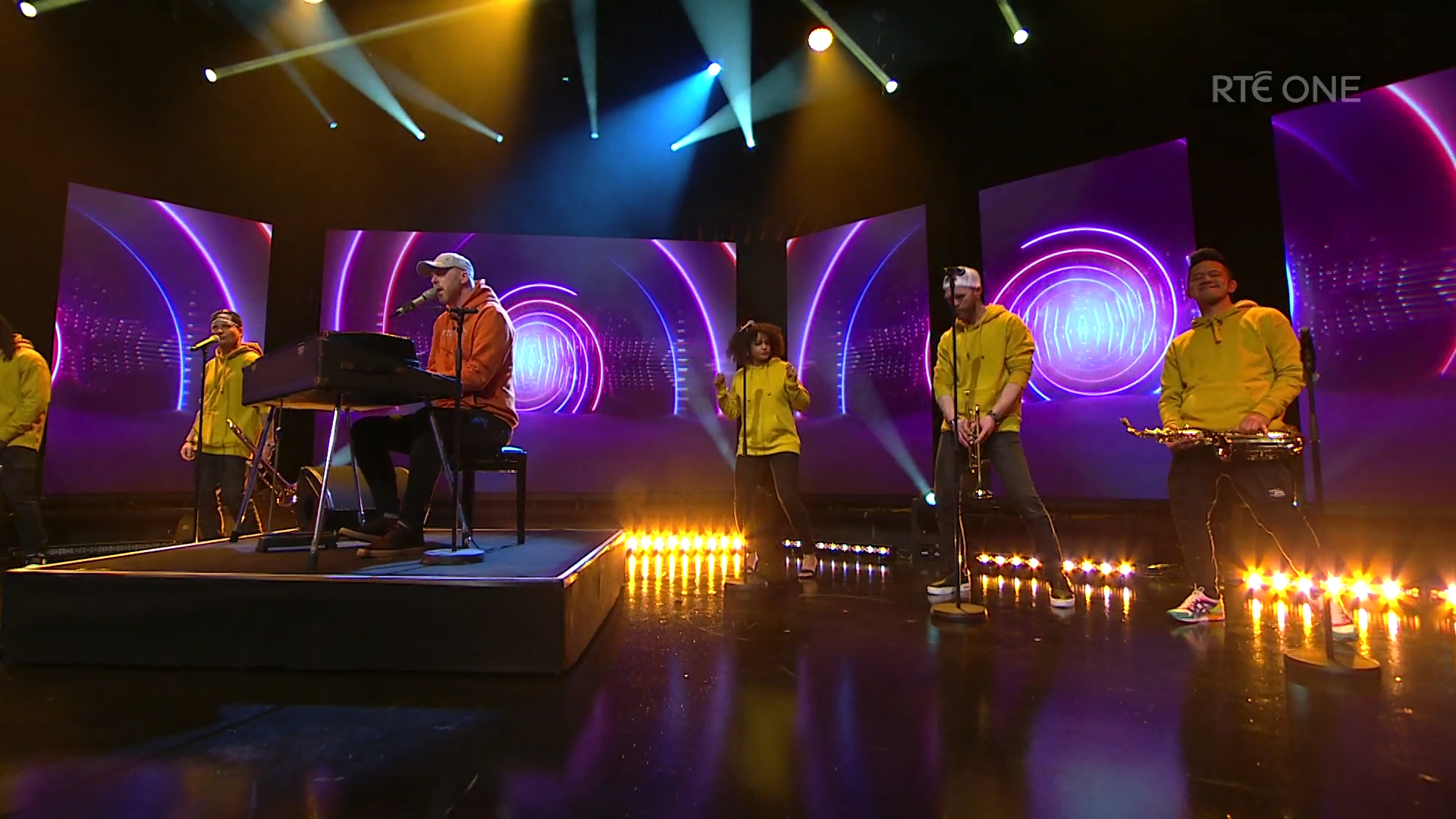 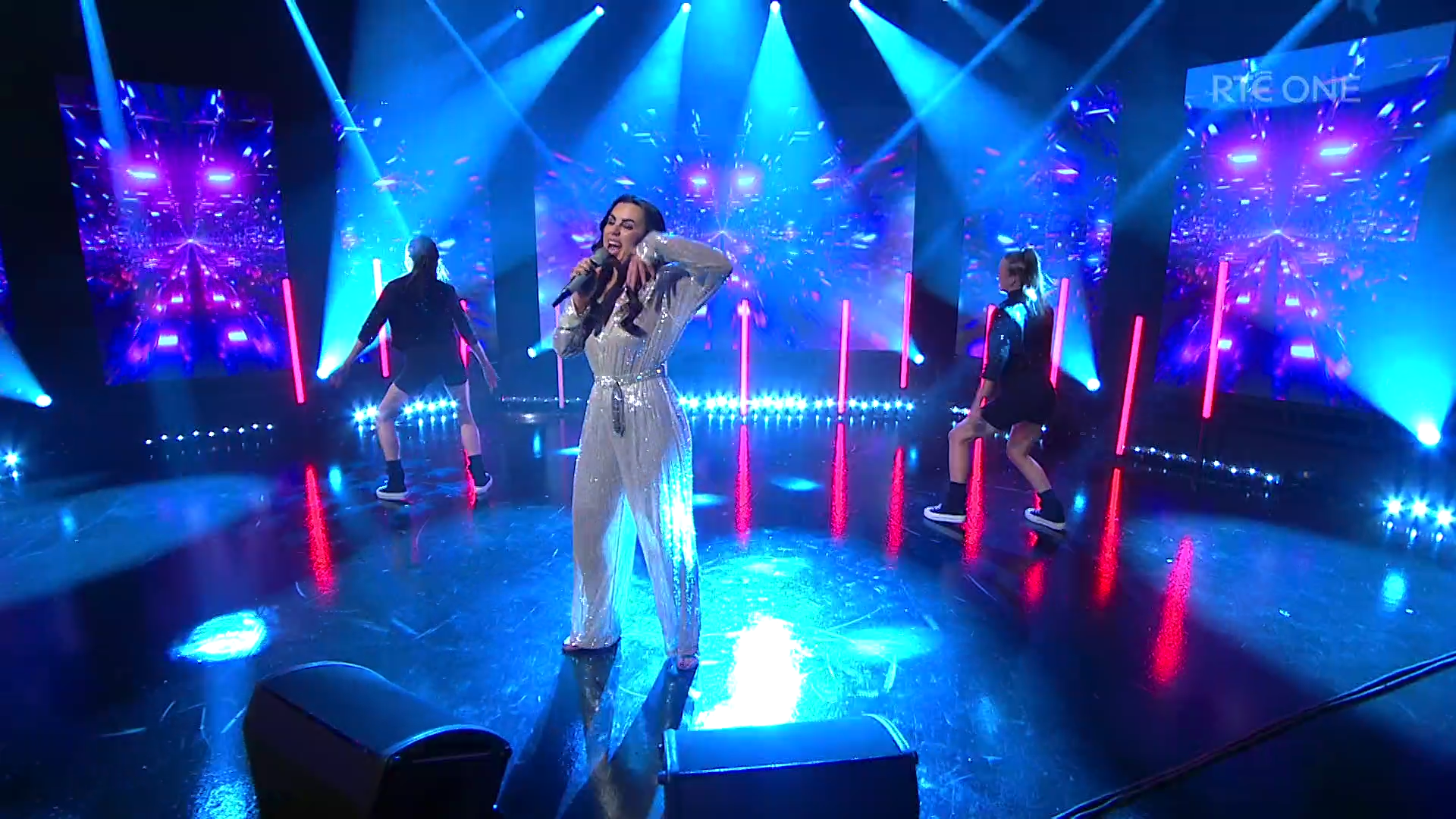 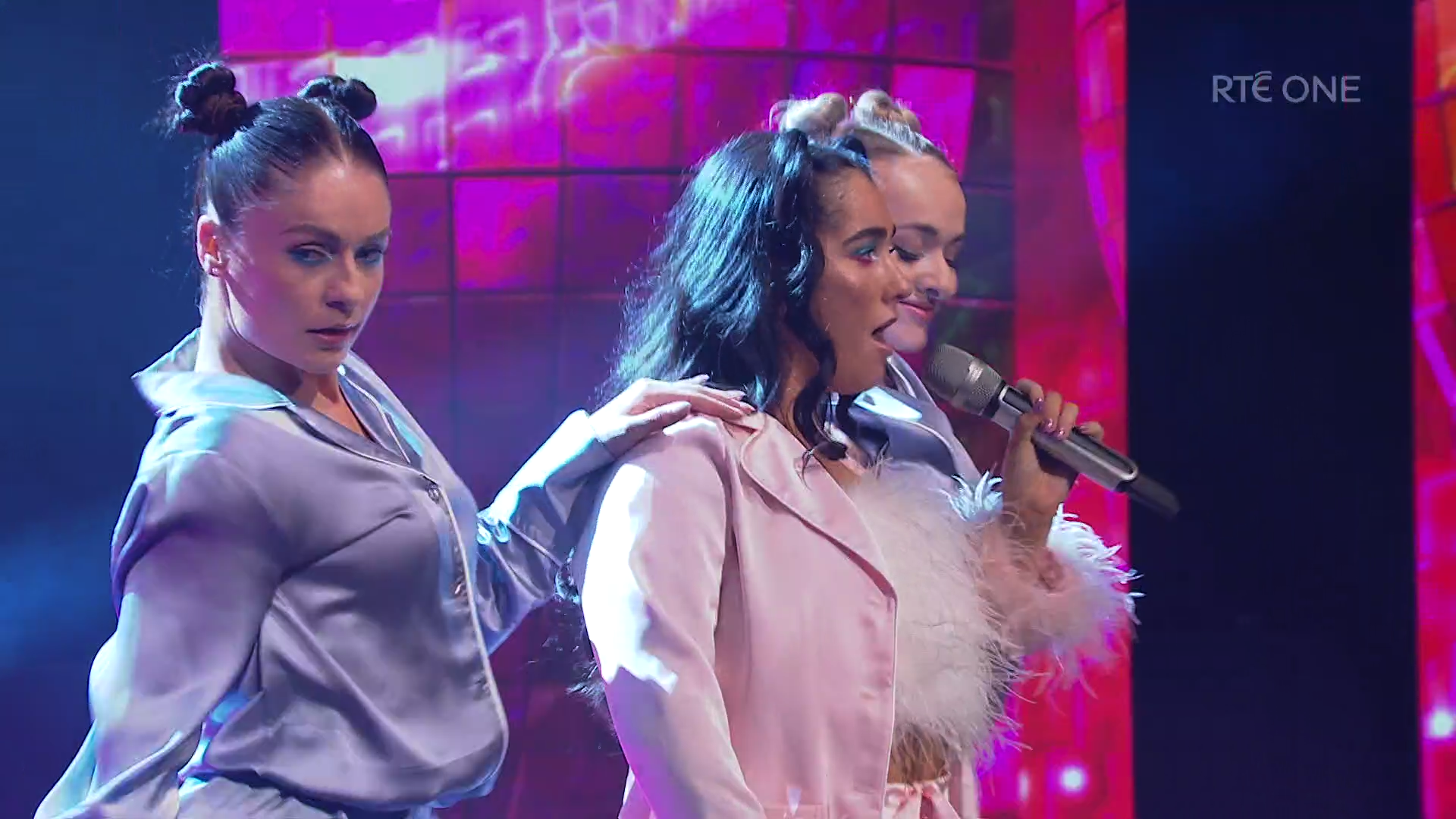 After the completion of the six performances, Ryan announced that the voting lines are open and all numbers appeared again for the viewers to vote, along with a recap of the songs.

The voting will be Eurovision style, 12 the act getting the highest number of votes, 10 the second highest etc. In case of a tie, the act scoring higher in the public televote will be declared a winner.

At the end of the televised show, the results were announced and they are as seen below. 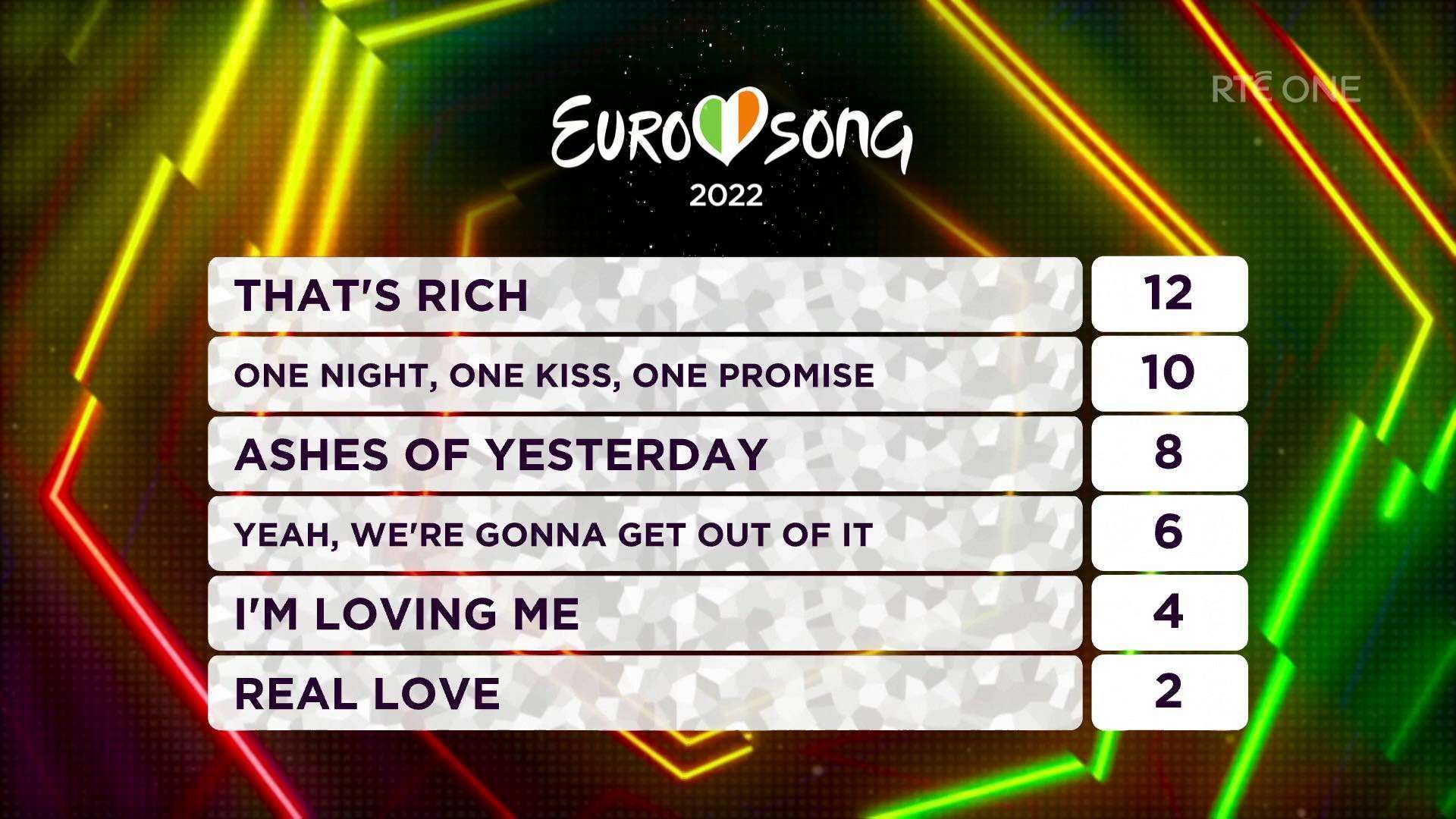 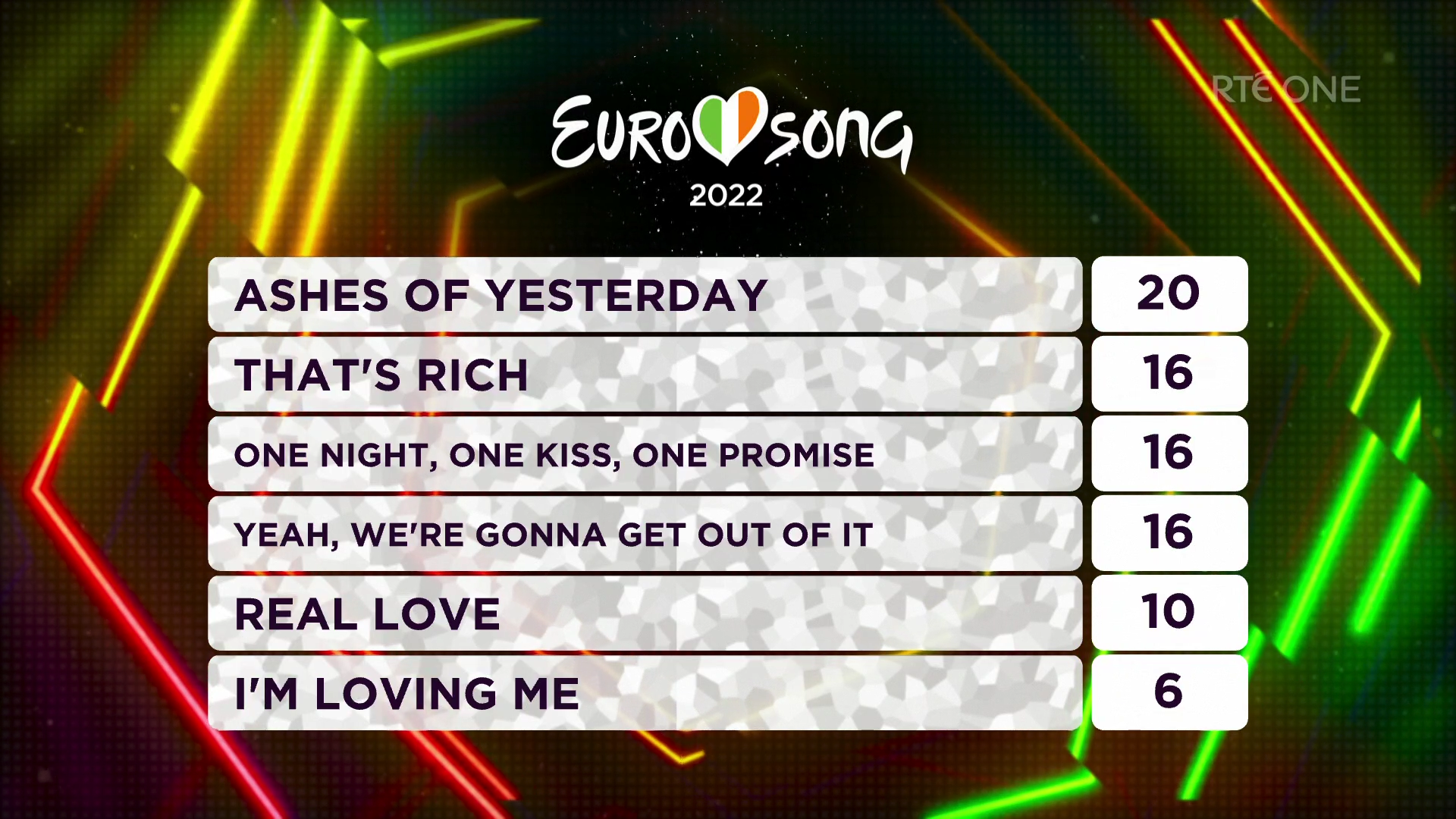 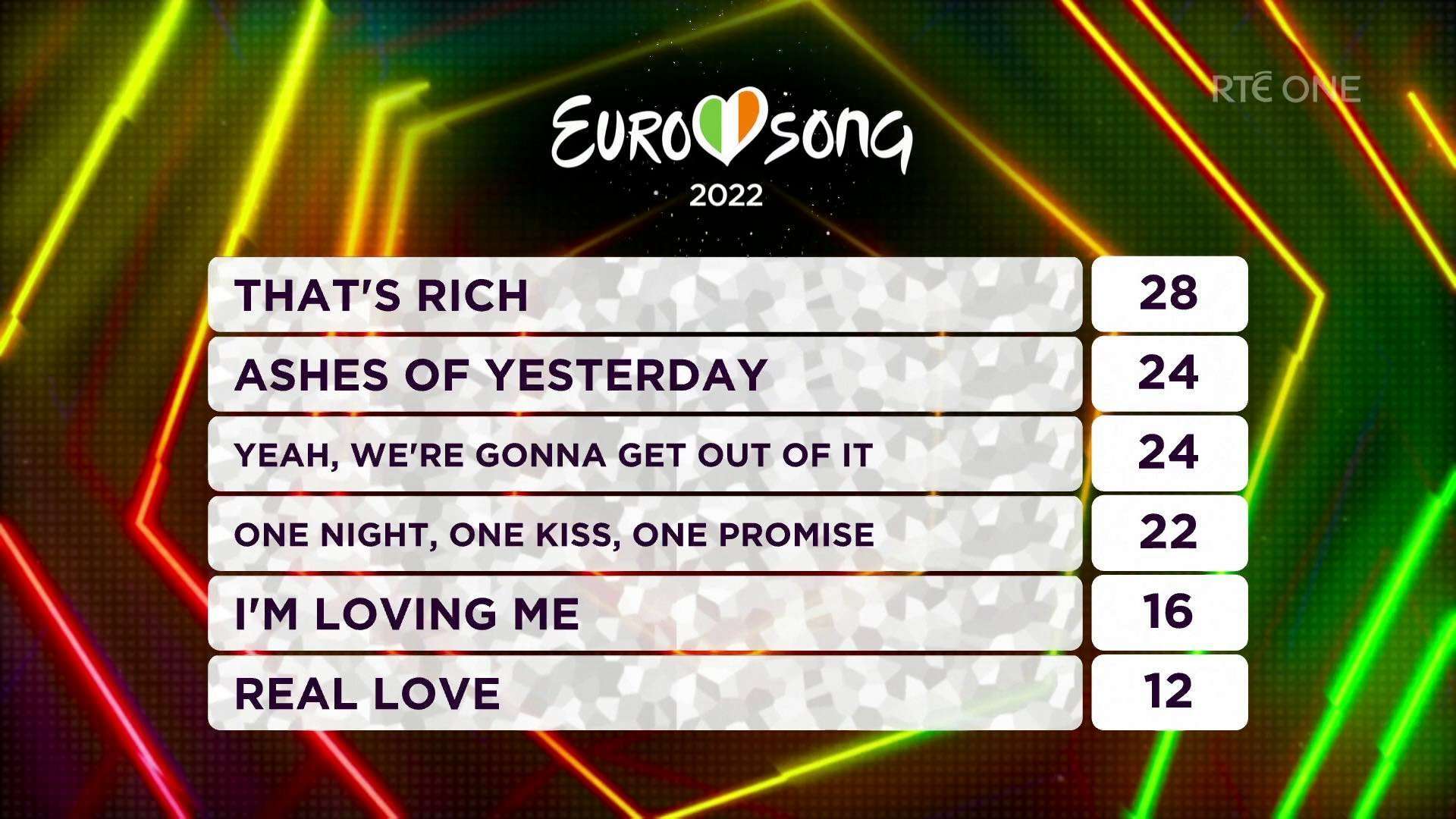 Over the last few years, things haven’t really gone their way, for Ireland. Hoping to overturn the situation, tonight they had to vote for their favourite artist and song, that they wished they’d represent Ireland at the contest.

At the end of the show, the results were announced and had determined the winner which is Brooke Scullion with the song “That’s Rich”!

You can watch the winning performance of Brooke below:

What do you think of the representative that secured a ticket to Turin, to represent Ireland at this year’s contest? Let us know in the comments section below!

The forthcoming Friday, February 4, the Irish national final – The Late Late Eurovision Special, presented by Ryan Tubridy, will be held and broadcast by RTÉ.

The Irish broadcaster has revealed the running order of the six artists, a while ago. These six artists had been selected among 320 submissions and will compete in the hopes of representing their country, at this year’s Eurovision Song Contest in Turin.

The running order of the Irish national final is the following:

After all six artists perform their songs, the viewers will have to vote for that one winner of the show, who will represent Ireland at the Eurovision Song Contest 2022.

Last year Lesley Roy was internally selected to represent Ireland in the Eurovision Song Contest, with the song “Maps” and ended up last in the first semifinal with 20 points:

As you’ve already read in our past articles, a while ago, the sixth and final song bidding to represent Ireland at the Eurovision Song Contest 2022, premiered on RTÉ Radio 1, during the “Ryan Tubridy Show“, at 10:00 CET.

The next song hoping to represent Ireland this year is “Yeah, we’re gonna get out of it” by Miles Graham and you can listen to its extended version below:

Who is Miles Graham

Miles was first play-listed on BBC Radio 2 in 2015 with his track “I Can’t Love You Again” from his debut EP “Air in my lungs”.

The Dublin-born singer-songwriter was one of the final Irish acts to perform in session on the late great Sir Terry Wogan’s Radio 2 show. His soulful toned voice won him a lot of support elsewhere on the station like Cerys Matthews at 6 Music and Laura Whitmore BBC Radio 5 show.

He’s also carved out a sideline niche as a featured artist and co-writer on several dance records. His collaboration on DJ outfit L’Tric’s “1994″ on their Ibiza anthem in 2016, which has clocked over 10 million Spotify plays. Don Diablo’s “Bright Skies (The bit you know)” 2018 and DJ Tom Budin’s “Reckless”.

His latest 4 track EP “All the right things” was produced when he signed to Pressure Records/Peer Music UK in 2020.

Now we know the entire lineup of contestants, that will compete in the hopes of representing Ireland, at this year’s Eurovision Song Contest, in Turin.

All the above-mentioned songs will compete with each other in the Late Late Eurovision Special, on the 4th of February, which will act as this year’s national final for Ireland. Ryan Tubridy will be the presenter of the show, where the Irish entry of this year will be selected.

As you’ve already read in our past articles, a while ago, the fifth song bidding to represent Ireland at the Eurovision Song Contest 2022, premiered on RTÉ Radio 1, during the “Ryan Tubridy Show”, at 10:00 CET.

The next song hoping to represent Ireland this year is “One Night, One Kiss, One Promise” by Patrick O’ Sullivan and you can listen to it below:

Who is Patrick O’ Sullivan

Patrick O’Sullivan is known as the winner of RTÉ’s Last Singer Standing in 2021. Among others, in the final he competed against Janet Grogan, who he will face again in Eurosong, as Janet is also taking part with the song “Ashes of Yesterday“.

Before winning Last Singer Standing, Patrick starred in several West End productions in London on shows such as The Book of Mormon and Dr. Doolittle. In 2021, he released a Christmas single “The Hour Before Christmas“.

Nicky Byrne is one of the songwriters of the song “One Night, One Kiss, One Promise”. He’s known as member of the group Westlife and he represented Ireland in 2016 with “Sunlight”.

The above songs will compete with each other in the Late Late Eurovision Special, on the 4th of February, which will act as this year’s national final for Ireland, along the last song to be released tomorrow morning.

Don’t miss out our next article for the sixth and last competing song, that we will get the chance to listen for the first time, same show, same time tomorrow. By tomorrow we will know the entire lineup of contestants, that will compete in the hopes of representing Ireland, at this year’s Eurovision Song Contest, in Turin.