The Norwegian Public Broadcaster has announced some major changes for MGP 2023! There will be no automatic finalists, fewer semi-finalists, but with more artists!

MGP 2023 will be completed into four nights. Three semi-finals and a grand final; that’s the programme of Norway’s national final for Eurovision 2023. MGP 2023 will be hosted by Arian Engebø and Stian ‘Staysman’ Thorbjørnsen, both very popular, both on TV and radio.

100% televoting will be used in the three semi-finals, while in the final there will be, for the first time since 2019, an international jury that will determine 50% of the result.

Seven songs will compete in each semi-final. The first three songs according to the votes will advance to the grand final. There will be no duels, no second chance round.

The 21 artists will be announced on January 4th. On the same day, we will also find out in which semi-final they will compete. Songs will be revealed on a weekly basis. The Grand Final will take place at the Spectrum in Trondheim, where it was held in 2020. The MGP 2023 schedule is as follows:

This year Norway was represented by Subwoolfer with Give That Wolf A Banana, which finished in tenth place in the final!

Stay tuned on Eurovision Fun for all the news regarding the 2023 Eurovision Song Contest!

A few hours before the start of the first semi-final, the astronaut DJ who will represent Norway at Eurovision 2022 with Subwoolfer seems to have been revealed. TIX who represented Norway in last year’s Eurovision Song Contest with “Fallen Angel” seems to be the DJ accompanying Subwoolfer!

This is what Eurovision Norway’s journalist, Morten Westgaard said when he learned the DJ’s identity:

Insane! I’d never imagine that. There are probably a lot of people who are curious about who is behind Subwoolfer, but now we know that the DJ Astronaut is Andreas Haukeland, aka Tix.

Subwoolfer will compete in the 16th place of the first semi-final with “Give That Wolf A Banana“, you can listen to their entry here:

END_OF_DOCUMENT_TOKEN_TO_BE_REPLACED

Alexander Rybak posted a TikTok video, with “Die Together” while on the same time he plays in his violin his song “Fairytale”,  with which he won Eurovision 2009.

Amanda Tenfjord’s support from Norway is really impressive. Watch what an interviewer of their public TV says about her:

Subwoolfer, Norway’s representative for Eurovision 2022, uploaded a video parody of the Greek music video, promoting “Die Together” from their perspective:

@subwoolfer We were born together. We will die together. But not for a few more million years at least. @Eurovision #greece #amandatenfjord #subwoolfer #subcubs #crouchinggreekhiddennorwegian ♬ original sound – Subwoolfer

Watch all the interviews of the Turquoise Carpet HERE.

The second country to rehearse for the second time is Norway with their wolves! This staging is very similar to the performances we’ve seen from Subwoolfer at MGP and the Eurovision parties – Keith and Jim are supported by three backing dancers in yellow suits and DJ astronaut is overseeing proceedings from their elevated pulpit. We know some people think Subwoolfer are a novelty act, but we beg to differ – it’s a really polished routine and both Keith and Jim deliver great vocal performances. The dance routine is PRECISION.

About the Second Rehearsal

The performance is very slick and polished. They managed to use the MGP text that’s visible for TV viewers only. The Astronaut is in front of the kinetic sun and Subwoolfer are joined by three backup dancers. Vocally an amazing performance. This is so going to be loved by audience, still not sure how juries will react to this. The camera angles are perfect! The third performance of this semi-final that could do very well (after Ukraine and Greece). Very memorable!

Below you can watch an exclusive preview clip of Norway’s rehearsal: 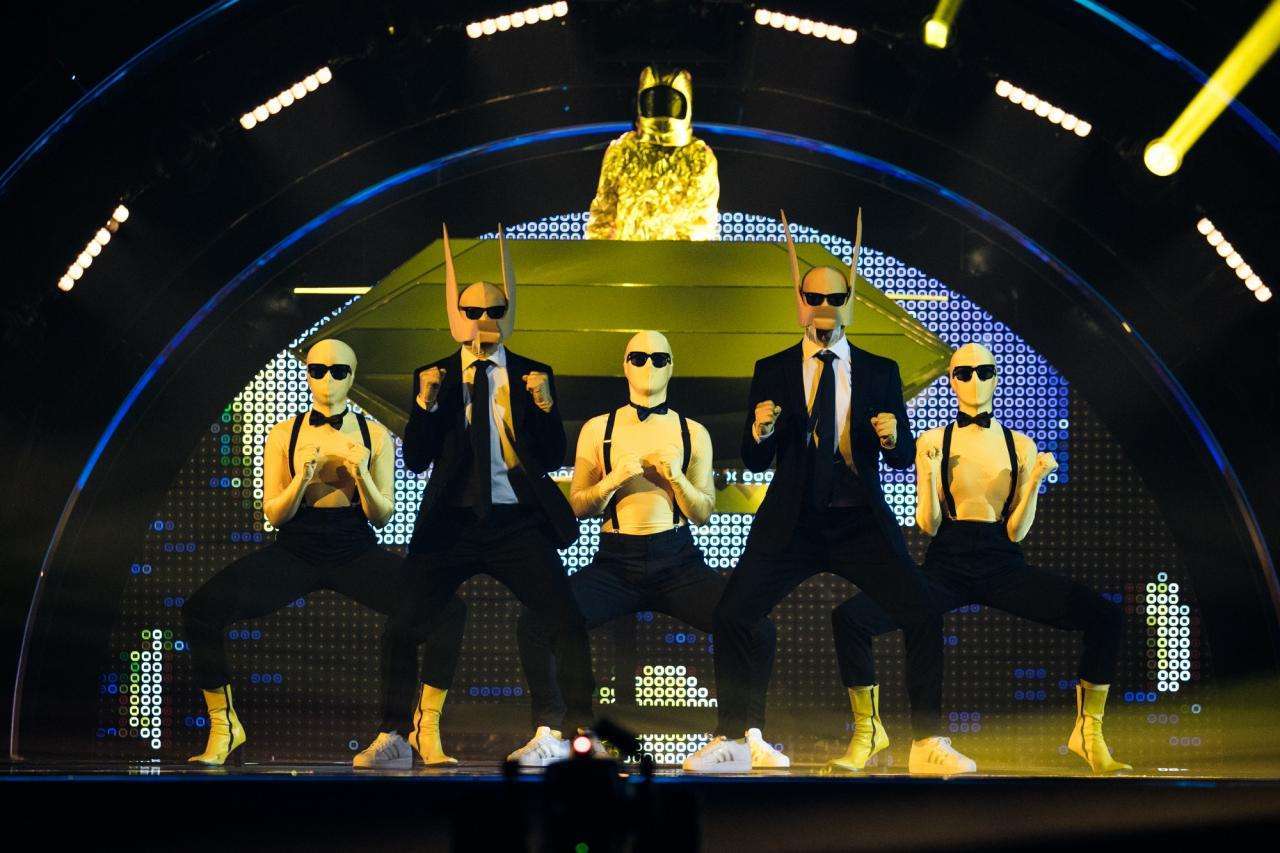 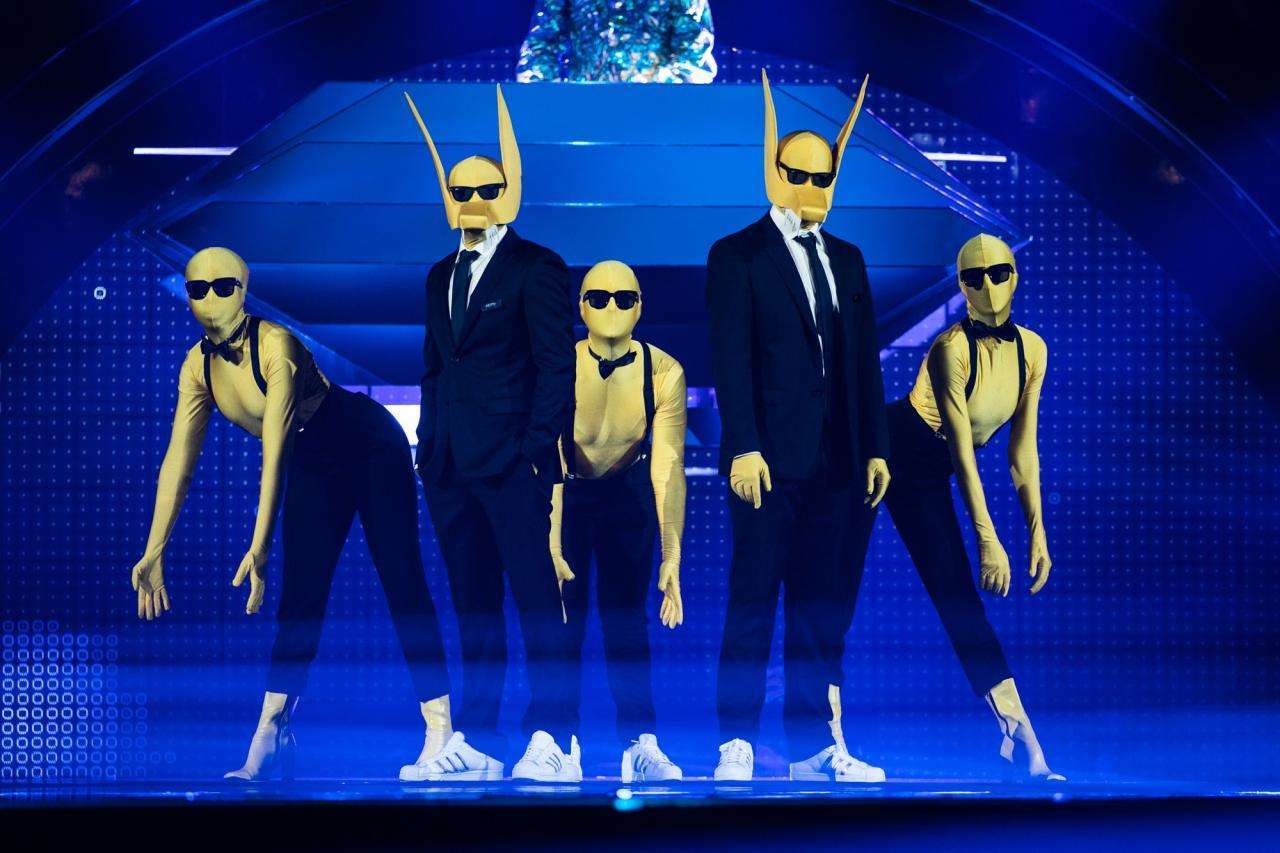 The next country on the stage of Eurovision Song Contest 2022 is Norway. Subwoolfer with the song“Give That Wolf A Banana”  are ready for his first rehearsal on the stage of PalaOlimpico in Turin!

Subwoolfer, the biggest band in the galaxy, got together 4.5 billion years ago on their home planet… the Moon.

Since then, Keith and Jim have conquered the music scene on every other planet, making them the most successful pop group ever… so they tell us.

On Sunday 20 July, 1969, a prophet named Neil appeared to them, and was soon hailed as ‘the man with the strongest arms’. He promised to return telling them he would help them become the biggest band on his planet, too; but only once they had written the greatest song in the universe, sung in his native tongue, English.

Neil never returned. However, they found DJ Astronaut. And now, armed with the greatest song in existence, Give That Wolf a Banana, they have come to earth to claim their musical throne by performing at the most important and prestigious musical event in the history of the world: the Eurovision Song Contest 2022.

This staging is very similar to the performances we’ve seen from Subwoolfer at MGP and the Eurovision parties – Keith and Jim are supported by three backing dancers in yellow suits and DJ astronaut is overseeing proceedings from their elevated pulpit.

We know some people think Subwoolfer are a novelty act, but we beg to differ – it’s a really polished routine and both Keith and Jim deliver great vocal performances. The dance routine is PRECISION. 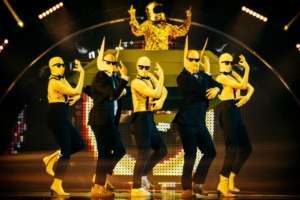 Below you can watch a small clip from Norway’s first rehearsal from Tik Tok:

The second rehearsal of Austria will take place on Thursday 5/5 so we will have a better picture of what we will see from Subwoolfer on the stage of the competition.

Greece was the winner of the second show of the Norwegian TV show about Eurovision, Adresse Torino.

The results were as follows:

Adresse Torino’s next episode is on Friday at 20:05 CET with the panel assessing the songs from Israel, Netherlands, San Marino, Azerbaijan, Romania, Montenegro, Cyprus, Iceland, Austria and the United Kingdom.

You can watch the show on the NRK Player here.

France was the winner of the first show of the Norwegian show about Eurovision Adress Torino.

The results were as follows:

You can watch the show on the NRK Player here.

Stay tuned on Eurovisionfun for all the news regarding the ΧΧ participation at the Eurovision Song Contest 2022 in Turin, Italy!

A while ago, the video clip of Norway’s song “Give That Wolf A Banana” by Subwoolfer for Eurovision 2022, was posted on the contest’s official YouTube channel.

We remind you that Subwoolfer won the Norwegian national final, Melodi Grand Prix 2022 and thus the ticket for Turin.

You can watch the official video clip below:

Stay tuned on Eurovisionfun for all the news regarding the Australian participation at the Eurovision Song Contest 2022 in Turin, Italy!

The Grand Final of Melodi Grand Prix 2022 took place tonight at 19:55 CET. After six shows, 10 artists competed for the ticket to the 2022 Eurovision Song Contest in Turin, Italy.

The hosts of the show were Kåre Magnus Bergh, Annika Momrak, Mikkel Niva. 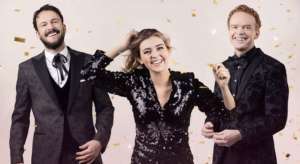 The 10 finalists of the show were as follows:

After the performance of the ten songs, the four acts that proceeded to the Gold Final phase were:

From there the two acts that advanced to the Gold Duel were:

Later on the show the representative of Greece Amanda Tenfjord gave a small interview to one of the hosts of the show.

Afterwards we had the chance to enjoy TIX and his entry in 2021 Eurovision in Rotterdam, Fallen Angel, in English and Norwegian.

After the announcement of the votes from each region of Norway the representatives of Norway in Eurovision Song Contest 2022 are Subwoolfer with the song Give that Woolf a Banana !!

Subwoolfer and Norway are going to participate at the second half of the First Semi-Final on 10th of May. Do you think that they can achieve a better result this year? Let us know in the comments below.

Stay tuned on Eurovisionfun.com for all the developments regarding the Norwegian entry at the upcoming 2022 Eurovision Song Contest.