Following the official cancellation of this year’s contest in Rotterdam, many countries are already in a hurry to give their anchor for 2021 early this year.

Ten countries have already made that decision, including this year’s organizer The Netherlands and Greece, so they want to give their artists the chance to finally be on the scene one year later.

Israel is on the list of those countries today. The country’s public broadcaster, KAN, announced recently that due to the spread of the killer virus in Europe, this year’s country’s representative , Eden Alene, will represent Israel at the competition next year.

“We will win. This time, the song will be even better”, as she stated herself.

Eden Alene was informed of the cancellation of the airing contest she was invited to and could not hold back her tears as you can see in the video below. 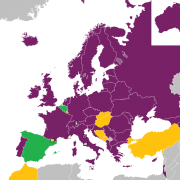 Lithuania: By April 1st they will decide for Eurovision 2021