Pilot mass tests in the Netherlands began a few weeks ago, of course under strict health protocols and safety measures. In this first test that involved a theatrical performance, with 500 spectators present, as announced today, there was no case of COVID-19 detected.

The news was happily published on social media by the executive producer of this year’s Eurovision song contest, Sietse Bakker. Of course, as he says, this means absolutely nothing, but it is a first optimistic step for the whole field of mass events and of course Eurovision 2021 itself.

Zero infections at first pilot event in the Netherlands with pre-event testing! Good news for the entire event industry ánd the audience. We’re not there, but step by step… #OpenUp

The Dutch Ministry of Health, since last year, had announced the holding of a series of pilot mass events, in order to investigate whether there is a spread of coronavirus in these events, when they take place under specific safety measures of the attendees.

The first pilot test took place in a theatrical performance, which was attended by 500 spectators. Of course as you will see in the photos that follow, everyone wore masks etc. 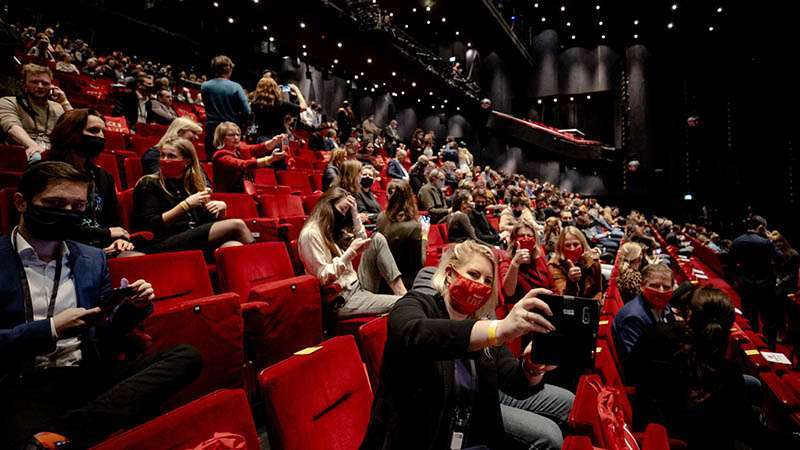 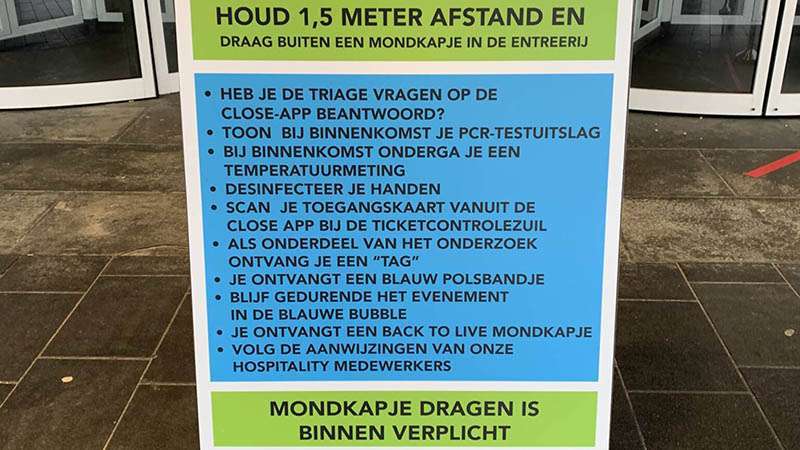 Of course, as Sietse Bakker rightly states in his post, although the above is a very positive development, it is the first step for holding mass events during the pandemic, and of course this also concerns the Eurovision song contest.

The Dutch will continue the pilot events until mid-March and any conclusions will be used and evaluated, in the decision of the government and the organizers, in the presence or absence of the public in May, at the Ahoy Arena.

In early March, the EBU and the Dutch organizers will announce the scenario according to which the 65th Eurovision Song Contest will be held. In other words, we will know if the artists will compete live on stage or through the recorded live on tape videos. Any decisions regarding the presence of the public will be taken later, specifically until April 15.

The course of the pandemic in the Netherlands, but also the latest news from these pilot trials at mass events, leave many smiles of optimism, for a contest, which at least in terms of artists, it will be with them competing and singing on stage and not through videos.

Stay tuned to Eurovisionfun for all the news related to the Eurovision 2021 song contest!

At the height of the second wave of the pandemic, the executive producer of Eurovision 2021, Sietse Bakker, reveals via Twitter that the decision on the scenario according to which the contest will be held next May, will be announced in 4 -5 weeks from now.

Both the EBU and the Dutch organizers are determined to hold the Eurovision Song Contest in 2021, which for the first time since 1956, did not take place last year. In September, the four possible scenarios were announced, according to which the contest will be held, depending of course on the course of the pandemic.

According to their latest reports in the Dutch press, what seems to be the most likely, is scenario C. In other words, all the contestants should appear live from the Ahoy Arena and there should be as little audience as possible, both in delegations, as well as in the press center. Of course, if in some countries travel restrictions apply, then they will compete through the live on tape video, which all broadcasters are required to deliver by the end of March. However, the intention of the organizers is that even if the presence of accredited journalists and the public is not allowed at all, there should be a live presence of the artists, a scenario that is between C and D.

By the beginning of February at the latest, according to what Sietse Bakker posted, we will know how this year’s Eurovision Song Contest will take place!

Which scenario do you think will eventually prevail?

Many interesting things were said by the executive supervisor of the Eurovision song contest, Martin Österdahl, about the course of the preparation of the next contest, even under the special conditions imposed by the pandemic all over the world.

As of September, the EBU has announced four possible scenarios for Eurovision 2021. Four scenarios that depend on the course of the pandemic and the prevailing epidemiological data.

Most likely are B and C scenario

Martin Österdahl reveals that the most likely scenarios for the 65th Eurovision Song Contest are B and C. That is, a contest with social distancing, masks, rapid tests and fewer fans in the arena and journalists at the press center. Unfortunately, he is not able to rule out scenario D at this time, although he considers it less likely.

We can not predict with the crystal ball, the situation with the pandemic is difficult. What we can say at the moment is that scenario A, ie a regular Eurovision Song Contest, is not possible. However, Scenario B or C is more likely, ie a contest with more or less social distance and some artists may need to make use of the videotape. In the worst case, we will be forced to do the show as in Junior Eurovision, with all delegations competing with videotaped appearances.

The presence of the audience is uncertain

The presence of the fans on the stands of the Ahoy Arena should not be taken for granted. Martin Österdahl emphasizes that the presence of the audience will depend on the decisions of the Dutch government and the measures that will apply during the competition period.

The situation is dynamic and constantly changing. We are not entirely sure how things will be in May, but it seems that the space that will be available in the arena will be limited. Fans are very important for Eurovision, but let’s not forget that the contest is primarily a TV show. It is possible to make a show even without an audience and we will do it if necessary, but we would definitely like to have the audience inside.

Is vaccination mandatory for those in Ahoy?

Another topical issue is the mandatory vaccine, for those who wish to take part in such big events as Eurovision.

We are following developments regarding vaccines. There is no such thing in our regulations at the moment, but it is something we are seeing up close.

When will the final decisions be made?

As announced from the beginning, the final decisions on the scenario that will eventually be used in the conduct of Eurovision 2021 will be taken at the beginning of the year, most likely by February.

It seems that at the beginning of the new year, critical decisions will be made for our preparations.

How do you judge all the above? Which scenario do you think the EBU will follow in the run-up to Eurovision 2021?

The number of daily Covid-19 cases in the Netherlands reached a new all-time high, with escalating incidents raising concerns about a second wave in Europe. As of Wednesday 16/9, the Dutch health authorities reported 1,542 recorded cases, the highest daily increase of all time and exceeding the levels in early April, when Covid-19 had swept the countries of Europe, leading to lockdown measures.

Wednesday’s cases surpassed the previous record of 1,379 cases on Tuesday, bringing the total number of confirmed cases in the Netherlands to 86,320.

In this context, there is strong concern about the Eurovision Song Contest, which is scheduled to take place on May 18, 20 and 22. Although the organizers and the EBU say in all directions that the event will return in 2021 stronger than ever, nothing should be taken for granted, especially if the pandemic data worsens.

Given the current reality due to the dispersal of Covid-19, the Polish organizers of Junior Eurovision 2020, which will take place on November 29, decided to hold the show in a different way this year. Its presentation and Interval Acts will take place in a studio in the Polish capital, while all participants will present their songs in a studio located in each country. A scenario rejected by both the EBU and the Dutch organizers for the senior Eurovision.