News
You are here: Home1 / News2 / Uncategorized3 / Russia: Little Big say that they will definitely submit songs for Eurovision...

They were one of the big favorites to win this year’s canceled Eurovision Song Contest. Little Big, who are rumored to be re-selected by Russian public television (Channel 1) for the next contest, are essentially confirming their interest, but also that they will seek a new representation.

In an interview with Radio Energy, Little Big say that although they have not yet recorded a possible song for Eurovision, they will do so soon, submitting it to Channel 1 at the same time.

We don’t have it (the song). It’s a song contest, you have to prepare for it. A lot of people think that we automatically qualify for 2021. That’s not right, we need a song first. We are probably going to record it in the near future. We will submit several songs and if they like it, we’ll go (to Rotterdam). It’s a competition after all.

Shortly afterwards, the presenter of the show asks them if they have a plan to submit songs to Channel 1, in order to claim the Russian representation in Eurovision 2021 and Little Big say:

We don’t have a plan, but there is a chance we’ll go. We will definitely submit songs.

This interview of Little Big comes shortly after the revelation in the Russian fan club, that the CEO of the country’s public broadcaster Konstantin Ernst, confirmed that Little Big will have another chance to be on the stage of Eurovision!

Below is the interview:

Would you like to see Little Big again in the Eurovision Song Contest? 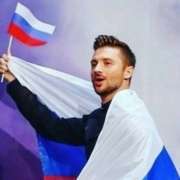 Russia: Little Big will NOT take part in the national final for Eurovision 2021! UPDATED 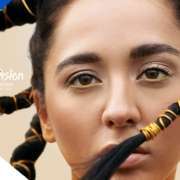 Eurovision 2021: Allocation draw in semi-finals remains the same as in 2020...
Scroll to top