One piece of news that, if confirmed, will literally shake the waters, is Elisa’s participation in the upcoming Sanremo Song Festival, something that of course makes her a possible representative of Italy in Eurovision 2022!

According to the widely circulated newspaper, Il Messagero, among the first names of artists rumored to have been approached by Amadeus to participate in Sanremo 2022 is Elisa.

Elisa, who won the 2001 Sanremo with the song Luce, which she co-wrote with Zucchero, is one of the few Italian artists to have achieved worldwide success with English songs.

Songs like Come Speak to Me, Dancing, No Hero are just some of her big hits. She is in possession of a diamond, a polyplatinine, 25 platinum and four gold discs. Her songs have been included in major film productions, and she has won dozens of awards, including an MTV Awards.

Il Messagero reports that in the upcoming Sanremo Festival he will participate in a duet with the rap singer, Rkomi. Other names mentioned are those of Loredana Berte, Francesco Renga, Marco Masini, Giusy Ferreri, Colcenera, Kolors etc.

According to @ilmessaggeroit, these are some of the artists that are rumoured to compete in #Sanremo2022.
Anna Tatangelo is going to be one of the cohosts, Jovanotti and Vasco Rossi are going to be guests one night. pic.twitter.com/JnytBdqKHt

The 72nd Sanremo Festival will take place in the first week of February, from the 1st to the 5th of the month. Italy will once again choose its representative in the Eurovision Song Contest, through the historic festival.

Stay tuned to Eurovisionfun for all the developments regarding the Italian participation! 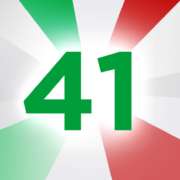 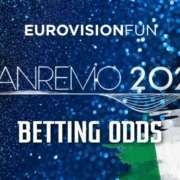 Elisa is going to Rotterdam for Portugal
0 replies

Greece: 25 proposals with more than 40 songs were submitted to ERT! EXCLUSI...

Greece: Jimmy Sion talks about his participation in Eurovision 2022!
Scroll to top