News
You are here: Home1 / News2 / Eurovision3 / Montenegro4 / Montenegro: ENISA was in talks with the Dream Team for Eurovision 2023...

As you were exclusively informed by Eurovisionfun yesterday afternoon, the Public Television of Montenegro (RTCG) confirmed its decision to withdraw from Eurovision 2023.

In fact, RTCG, in its official announcement, states that economic reasons were the ones that dictated this decision. This is not the first time that the small Balkan country will be absent from Eurovision. In 2010, 2011, 2020 and 2021 for similar reasons it was decided not to take part in the Eurovision Song Contest.

But who would be the representative of the country, if the country had been able to financially support its participation and to compete in Liverpool?

ENISA would have been the country’s representative in Liverpool

With a comment on her Twitter account, replying about her country’s withdrawal from the competition, the singer ENISA revealed that she was asked to be the representative of Montenegro in the upcoming Eurovision, but unfortunately there was no financial support to make this possible.

Sad, I was suppose to represent them in #Eurovision 2023. But they couldn’t find a way to financially support it 😕

ENISA, a Montenegrin Albanian, is not unknown to fans, as this year she represented New York in the American Song Contest, while many have wished to one day see her compete in the Eurovision Song Contest.

Who was ENISA in talks with to participate in Eurovision 2023?

According to our exclusive information, ENISA and her team had already been in discussions since summer 2022 with the Dream Team (Dimitris Kontopoulos, Fokas Evangelinos, Ilias Kokotos), in order to collaborate in the representation of Montenegro at Eurovision 2023, with a very strong track.

It’s no surprise that so many artists want to collaborate with the Dream Team, taking into account their multiple successes in the contest and their excellent relations with all the artists they have worked with.

ENISA’s hope to be in Eurovision 2023 may have been dashed, but she nevertheless declares that she is ready to represent either Montenegro or Albania, whenever she is asked.

Albania didn’t ask me, Montenegro did = I’m albanian from Montenegro so I would’ve represented either country

Would you like to see ENISA at Eurovision? Tell us in the comments below! Stay tuned to Eurovisionfun for all the developments! 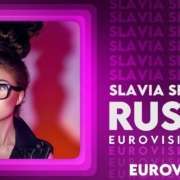 Russia: Back vocalists are revealed
0 replies

Slovenia: “We shouldn’t even participate in Eurovision for years”...
Scroll to top