According to today’s tv show(19/11) of ALPHA Cyprus, With Love Christiana, the song that will represent Cyprus in Eurovision 2019 has already been recorded.

It seems that all the rumours about Cyprus and Eurovision 2019 will end very soon. The panel of the show, With Love Christiana, revealed  moments ago that the song that will represent Cyprus in the next Eurovision Song Contest has already been recorded and that they have already listened to it.

Commenting on it, they said it was a very nice song, even better than Fuego.

According to our exclusive information, on Thursday 22nd of November, Alex Papaconstantinou travels back to Cyprus along with the man who helped to change the fate of CyBc  in the contest, Christer Bjorkman, to sort out the latest details.

It was not revealec who will be the artist who will wave the Cypriot flag in Tel Aviv, but the latest rumours seem to look more than certain that this is Tamta.

EurovisionFun already knows the title of the song, but with due respect to CyBc, we will not reveal more details before any official announcements.

Tamta: RIK has approached my label and if I like the song I would like to go 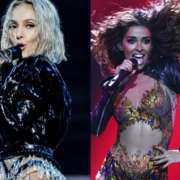 The Masked Singer: Eleni Foureira and Tamta in discussions for a place in the jury panel 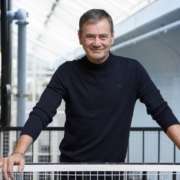 Greece: Nikos Ganos and the meeting with ERT
Scroll to top